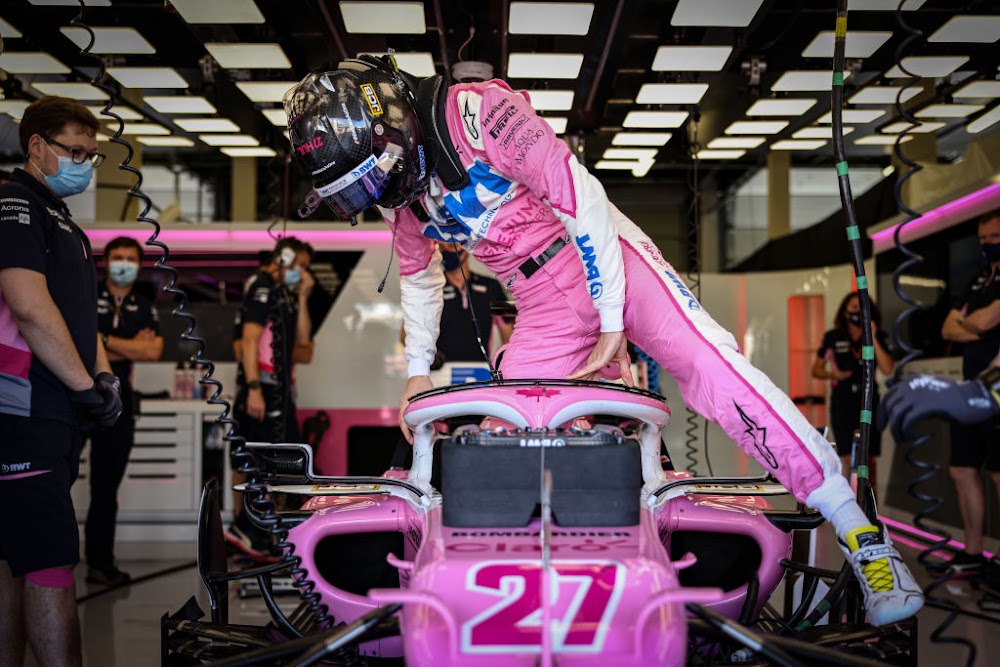 Racing Point's Formula One car has been dubbed the 'Pink Mercedes' because it looks like a clone of last year's title-winner but the Silverstone-based team are hitting back at what they see as a misconception.

They say the similarity is skin deep and they deserve more respect.

Referring to 'Tracing Point' is an easy jibe that fails to reflect the reality, bosses argue, as stewards consider a series of Renault protests questioning the pink-liveried car's legality.

Team principal Otmar Szafnauer and technical Andrew Green told Reuters in a video interview at last weekend's British Grand Prix that it was time to “give credit where credit was due”.

“Not for me so much, but for the guys in the factory, who worked really hard to develop this car to where it is and are still working hard to make further developments,” said Szafnauer.

“For their work to be discounted to say ‘Ah, you’ve copied', or 'plagiarised’ as I heard somebody say, it’s absolutely not true and it has gone too far.”

Renault have protested against Racing Point at the last three races, with their action focusing on the brake ducts which are 'listed parts' this year — meaning teams cannot use another competitor's design.

The French manufacturer has said the protest is also about Formula One's model for the future and what it means to be a constructor.

Rivals who agree with Renault, such as McLaren, accuse Racing Point of going beyond the spirit of the sport and want future regulations to rule out copycat cars. A decision, which can be appealed, is likely this week.

Brake ducts were not listed last year when Racing Point were designing their car with a new aerodynamic philosophy based on that of Mercedes — who provide their engines and gearbox — rather than Red Bull.

The Racing Point has been impressively quick, both cars filling the second row of the grid in Hungary, and Green suggested they were now seen as a threat to their bigger and wealthier rivals.

“Renault are trying to impose the 2020 regulations on 2019, making it retrospective.”

Szafnauer, who grew up near Detroit, compared the situation to the state of Michigan raising the drinking age in the 1970s from 18 to 21.

“You can’t retrospectively look back and say 'now the drinking age is 21, last year when you were 19 you had a beer and you’re going to jail'," he said.

Racing Point, who will be known as Aston Martin next year, are owned by a Canadian consortium led by billionaire Lawrence Stroll, which has brought fresh funds to a team that punched above their weight while competing as Force India.

Szafnauer pointed out that Racing Point employed about 115 aerodynamicists out of a total headcount of around 485 and they had produced 886 unique designs for the brake ducts alone.

Green said copying had always been a part of Formula One and “you can't forget what you already know”.

“We've been accused of doing something that other people claim they don’t do, which is absolutely wrong,” he said.

“It’s absolutely been rife in Formula One for decades, to look at people’s concepts and ideas and take them and make them your own.