Pumas to represent Argentina 'Maradona style' against the All Blacks 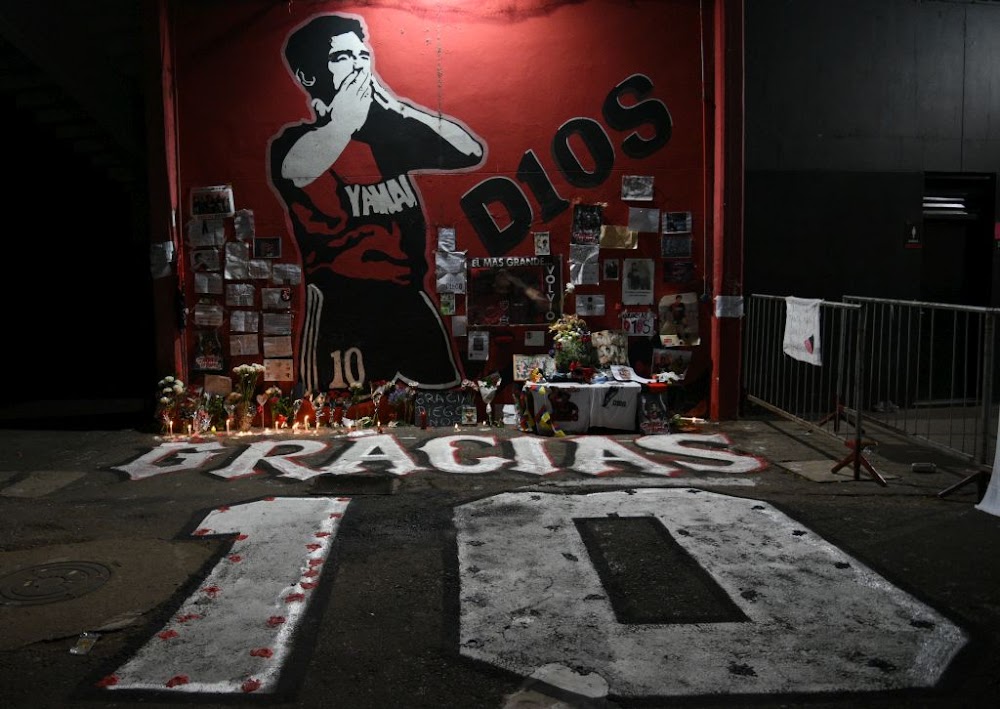 Argentina will honour Diego Maradona in their Tri-Nations test against New Zealand on Saturday by trying to match his passion for playing for the country, coach Mario Ledesma said on Thursday.

Maradona, who played 91 times in the pale blue and white striped shirt of the Argentina football team, died at the age of 60 on Wednesday, plunging the nation into mourning.

Ledesma, who played 84 tests in the similarly coloured but hooped rugby shirt, met Maradona on several occasions and said the 1986 Soccer World Cup winner was a big Pumas fan.

“He would watch tennis, hockey, rugby, football, whenever there was an Argentina jersey he was there and he was an example of how to represent that jersey,” Ledesma told reporters in Sydney.

“He’s a big figure in our country and he epitomised a lot of the way the Argentinians are. We’ll try to remember him the best way possible, on the field representing the colours.”

Maradona attended several Pumas matches and Ledesma recalled one occasion when he appeared in the stands during a match against New Zealand, who Argentina beat for the first time two weeks ago in Sydney.

“The world stopped when he was there, he had a kind of magic,” he said.

“One game against the All Blacks, the game had started and Diego came out and he (raised his arms) and everything stopped. We Argentinians all stopped and looked up, and the All Blacks stopped.”

Ledesma said the impact of Maradona’s death had been felt more acutely by the team staff, who remembered Maradona as a player.

“He gave a lot of happiness to a lot of people in difficult times,” he recalled. “He went from very little and became the king of the world and that gives hope to a lot of Argentinians who are struggling.”

Argentina’s win over the All Blacks and draw with Australia have been another bright spot in difficult times for the country, which is heading towards a third year of recession and still reporting thousands of new cases of Covid-19 every day.

Ledesma hoped the breakthrough win over New Zealand had also brought a smile to Maradona’s face as he struggled with ill-health.

“The last couple of months have been really difficult for him, he’s been switching off slowly and everybody felt it was coming,” said Ledesma.

“So if we could have made him happy just a little bit, that would have been great.”

Ledesma was asked whether he thought Maradona might be present in some way in Newcastle on Saturday.