Prince Charles on the Springboks: 'They're bloody big buggers‚ aren't they?' 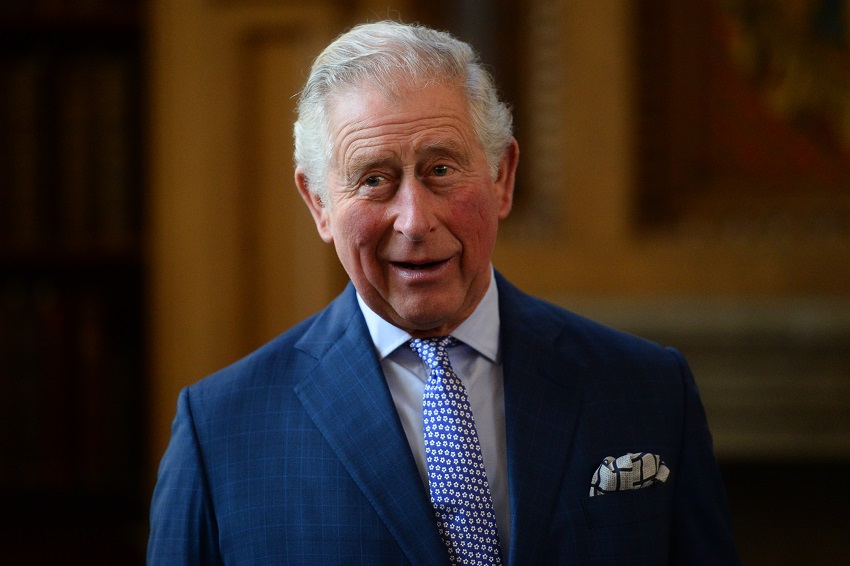 Prince Charles‚ the heir to the British throne is a man of considered opinion‚ if not deep convictions.

His world view now extends to how physically endowed the Springboks are.

“They’re bloody big buggers‚ aren’t they?” the Prince of Wales commented while paying a courtesy visit to the team of the Principality ahead of Sunday’s Rugby World Cup semifinal against SA.

Whether that was supposed to inspire the players or remind them of the mammoth task they have on their hands isn’t clear.

“He just wished us all the best‚ really‚” said Wales hooker Ken Owens of the prince’s visit to their training ground.

Tokyo has been awash with royalty‚ heads of state and other dignitaries for this week’s enthronement of new Emperor Naruhito.

The team from the Principality‚ perhaps fittingly‚ are still waiting their turn to be absolute rulers at the sport’s most prestigious event.

Their coronation to the small band who have held the Webb Ellis Trophy has long been deferred.

The Red Dragons‚ however‚ have breathed fire of late.

They went unbeaten in 14 Tests before England snapped that run earlier this year.

It helped them briefly sit at the top of the international rankings but it is rugby’s top prize‚ however‚ that they yearn and on Sunday SA stands squarely in their way of reaching a first-ever World Cup final.

It didn’t need Prince Charles to remind Owen of the task they are facing on Sunday.

“Hugely physical. Everyone has spoken about that being bred in them‚" he said.

"You can see the growth in their squad over the past couple of seasons under Rassie Erasmus. They’re a very well-coached team. They're a quality side. They’ve had some big results and gone to New Zealand and got a draw.

“They’ve definitely improved over the last two or three years.

"They've got a pretty settled squad.

"Fortunately‚ we've won the last four against them but form goes out of the window and records are there to be broken and all the rest of it.

"We're just looking forward to the opportunity to play in a World Cup semifinal‚ play against one of the best teams in the world and hopefully get a result.”

The one constant teams like Wales and Ireland have been reminded about in this World Cup is their inability to go deep into the event.

Ireland again fell at the quarters and while still alive in this tournament Wales will be desperate to change history.

It is so that Wales and Ireland are tainted by failure at the World Cup.

Hansen reminded after his team’s win of Ireland’s experience in the tournament being limited to defeat in the quarterfinal stages.

“For us‚ it's just backing our experience‚” said Owens.

“I think our performances have shown that over the last two years.

"And sticking to what we know and making sure our processes are right. I think we did that in 2011‚ even though we went down to 14 with Sam (Warburton) going off.

“For us and the boys and coaching staff who were involved in 2011‚ it's about being disciplined‚ keeping the error count low and just backing yourself.”