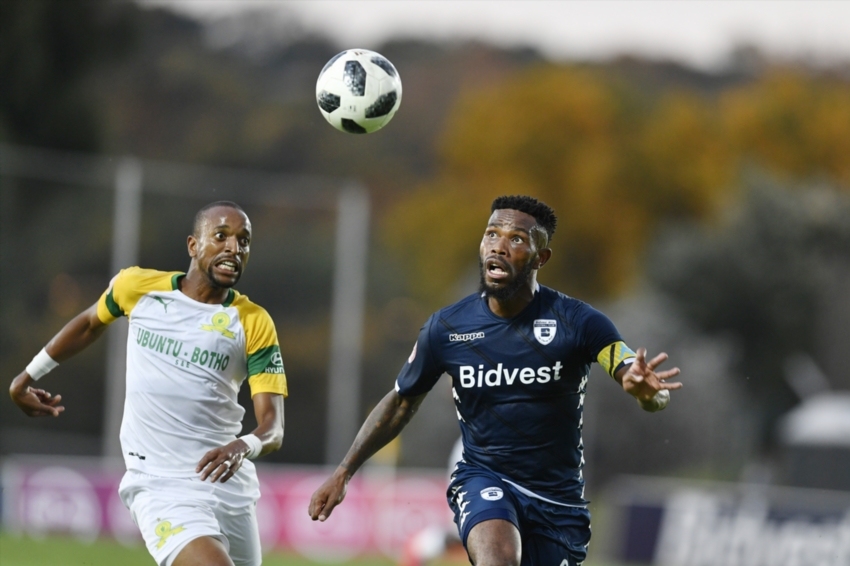 Mamelodi Sundowns' mouthwatering Nedbank Cup semifinal date against Bidvest Wits looms large in the horizon and irrepressible Brazilians coach Pitso Mosimane has wasted no time in adding his own delicious brand of spice on the occasion.

The long-awaited showdown marks the Premier Soccer League's (PSL) return to action after a four-and-a-half-month coronavirus-enforced hiatus and Mosimane has described his adversaries as "a wounded lion" ahead of their meeting at Orlando Stadium on Saturday.

Sundowns drew twice in the league with coach Gavin Hunt’s side this season but this statistic did not stop the wily Mosimane from insisting that the game will be a tricky minefield to negotiate as the 99-year-old Wits are seeking to make a grand exit at the end of the season.

Wits confirmed a few weeks ago that they have reached an agreement for the sale of their franchise to Tshakhuma Tsha Madzivhandila (TTM).

“We have a big game against Wits of course and if you listen to their statements‚ they’re saying that they want to go out in style‚” Mosimane told TimesLIVE.

“Obviously there are a lot of incentives for the (Wits) players and the coaches (to win the cup)‚ so that’s why they’ve prioritised the Nedbank Cup. I’m saying what they’re saying in the media.

“They haven’t said anything about the league. They have only spoken about the cup‚ so that gives me an indication that the league is not the priority to them.

“I’m not talking on their behalf‚ but I’m talking about what they’ve said.

"We’ve just started training but I think they started training a day before us. I will not say that the day or two gives them an edge over us but it means for them to start earlier than it really shows how focused they are.

“I hope the message sinks in the systems of my players to know what they have and what they don’t… they must not say they’re playing a team that (has been) sold.”

Sundowns have already managed to snatch some of the best players in the Wits team that will relocate to Limpopo in the new season‚ but Mosimane still warned his team not to underestimate the Clever Boys.

“First we’re going to give them the respect that they deserve‚ second it’s a semifinal it can go either way.

“We have played twice with them in the league and both results were draws‚ home and away‚ and they had to come from behind. (But) I think we could have won those games to be honest.

“We had a lot of opportunities missed and I remember in the away game we hit the post and Themba Zwane missed a chance with the goalkeeper coming. Ja‚ I think we have an opportunity and they can say the same thing.

“It’s a big game‚ it’s a semifinal and it’s an emotional game.

"Unfortunately this game is played (at a time) when we don’t have the physical condition to match the emotions‚ the situation or the pedigree of a semifinal.

“So unfortunately we don’t have the legs for that and I think they can say the same thing‚ to be honest. So we’ll see how it goes and nobody is ready at this point in time. So we go for it‚ ja.”

Sundowns still have a chance to finish the campaign with a treble if they add the Nedbank Cup and the Absa Premiership to the Telkom Knockout title they won before the end of last year.

From stadium to desert: SA soccer stars ready for Battle of the Sports