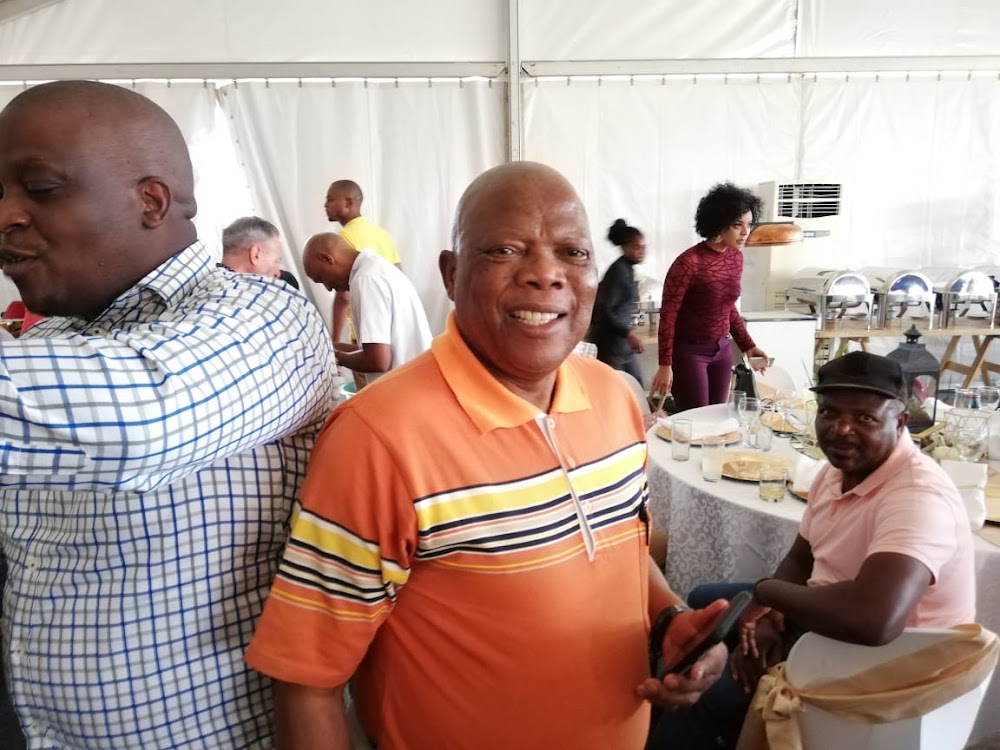 Ryder Mofokeng was promoted to captain Kaizer Chiefs in 1975 at just 23 years of age to lead giants of SA football, and became a colossus himself as he kept the armband for 11 years to become Amakhosi’s longest-serving skipper.

Mofokeng — a lifelong servant of Chiefs from joining their development in February 1970, a month after the breakaway club from Orlando Pirates were formed on January 7, and promoted to the senior team in 1973 — died aged 68 on January 2.

Before his retirement at Amakhosi in 1985, in a period where he led the star-studded upstarts, run on new lines of professionalism that founder Kaizer Motaung modelled on his experiences playing in the US, Mofokeng would win five league titles, lifting four as captain.

He won 25 trophies in his 12 years playing for Chiefs, 21 as captain, as one of the country’s best right-backs produced — a little dynamo of muscle, energy and tough-tackling in Amakhosi’s back four.

Vusi “Computer” Lamola, the great Chiefs midfield schemer from 1971 to 1980, compared Mofokeng in his bustling, bulldog frame and style of play, and ability to get forward on the overlap, to Mamelodi Sundowns’ later right-back legend Samuel “Ewie” Kambule.

Already missing Johannes “Ryder “Mofokeng......fare thee well,if we meet again we shall smile,if we don’t,it means it was never to be....... pic.twitter.com/jkYV32bWjZ

“Ryder was promoted from our reserve team, and within a very short space of time he was our captain because of his commitment, passion and love for the game,” Lamola recalled.

“Ryder was exceptional in the sense that whatever he did, he did it wholeheartedly. And he loved football, he lived for football, and the better part of his life was based on football.

“Even though he was a family man, football was a priority to him. Particularly with blacks, football is not just a sport — it’s almost a second religion in our attitude towards the game. So he falls under that category, mainly for his commitment to the game.”

It took a special breed of player to lead giants such as Pule “Ace” Ntsoelengoe, Nelson “Teenage” Dladla, Lamola, Joseph “Banks” Setlhodi, Abednigo “Shaka” Ngcobo and other names written into Chiefs’ mythology who helped the club become an overnight sensation, and stay that way, in their first decade.

We salute and remember one of our soldiers. Coach Ryder you will always be a part of us! Thank you for laying the foundation. #Amakhosi4Life #Mofokeng2 pic.twitter.com/NutltgGmEI

Mofokeng was just 23 when coach Eddie Lewis promoted him to captain Chiefs in 1975, and he kept that armband for 11 years until he retired at the club in 1985.

“He was young in terms of age, in terms of stature as one of the shortest players, but he was tall in as far as his commitment was concerned,” Lamola said.

“Each time he played like it was a cup final, like it was his last game in his career. That’s what made him an extraordinary player and leader.

“I played very close to him as a midfielder. I was playing No. 8, on the right flank right next to Ryder. If he won the ball the ones next to him were No. 7 [right-wing] and 8. So there was a very good combination with him.

Leading up to our game today, we pay tribute to a Legend who paved the way for us to do what we love. Coach Ryder we remember you always, thank you for your service to the Amakhosi Family!#Amakhosi4Life pic.twitter.com/FCFXvAhNkL

“He used to overlap as well. And most of the strikers who played as a left-wing then knew very well that it was very hard to penetrate through our right flank mainly because it was governed by Ryder. Not easy to beat, super-fit and very fast and very strong.”

Lamola said Mofokeng stands out with the great right-backs of the 1980s and 1990s, including Mamelodi Sundowns and Tenerife’s Bafana Bafana 1996 Africa Cup of Nations-winner Sizwe Motaung, who also played for Chiefs, and Kambule.

“He remains an exception. Maybe a guy who could be next to him is the late Ewie Kambule, because he also had the same attributes as Ryder, in terms of height, pace and commitment,” Lamola said.

Lamola said, as he worked with Chiefs’ development, Mofokeng gave his life to the club and to the development of football talent.

“A number of players after playing football call it quits, hang up their boots and forget about football. Ryder continued in the development structure of Chiefs.

“As a player, because it was, of course amateur then, we all had jobs and Ryder did work in a mining company, [De Beers] Diamond Research [Laboratories], but after playing he only worked for Chiefs.”

Ryder Mofokeng was honoured and respected today when the Club’s Legends & staff paid homage to the family in Soweto.  He will live forever in our hearts as our past player, our long serving captain, our legend, our colleague, and our friend.  May his beautiful soul rest in peace. pic.twitter.com/XMez1DTYGN

Chiefs’ tribute to Mofokeng read: “He was part of the Chiefs squad that won the club’s first league title in 1974, a season that saw Chiefs score 106 goals and concede just 27 in the league, as the team lost just three times in their 30 games that season.

“He was captain of Chiefs’ quadruple-winning team of 1984, under the recently passed Joe Frickleton, as they won the league, Mainstay Cup, JPS Knockout and the Sales House of Champions Cup.

“Mofokeng featured in over 300 official games for Chiefs, but managed only one goal.

“His contribution to the history of the club is immense and at the time of his passing he worked as a senior and revered member of the club’s development structures.”