No change to high tackle hard line despite rash of red: World Rugby 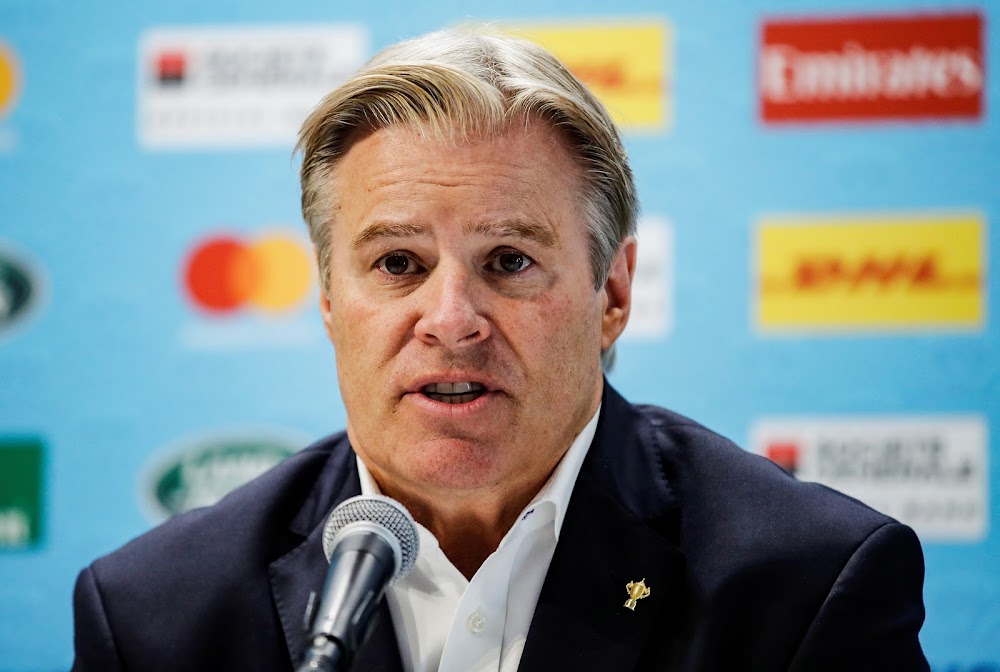 World Rugby chief Brett Gosper said there would be no change to the hard line on high tackles at the Rugby World Cup and that the number of red cards would decrease once players changed their behaviour.

There were seven red cards shown in the pool phase of this year's tournament compared to one in 2015 and two each at the 2007 and 2011 World Cups.

Most have been for tackles that made contact with an opponent's head, an offence World Rugby is determined to remove from the game because of the potential for impact-related concussion.

"If there have been red cards shown, it's because there are big issues around player welfare due to foul play whether it's intentional or unintentional," Gosper told reporters on Tuesday.

"And we'll drive that hard line to protect the players and we'll see diminishing red cards because the behaviour of players and coaches will change over time.

"We're willing to risk some outcomes or debates to ensure we police that properly. That's the direction of travel," he added.

The loss of a player to a red card can have a major impact on a team's chances of winning a match, particularly if it happens early on.

Gosper said that systems like that used in Australia's National Rugby League, where offending players are placed "on report" but remain on the pitch had been considered in various committees.

"The feeling is that it's right to punish the team despite the (imbalance) that might be created in the match at that time," he said.

"There are some unions who have strong opinions on that both ways. The feeling is that this is one of the things that upholds the values of the game. And the team should take that punishment as well as the player.

"Certainly the red cards are there to protect the players and we think that behaviour is changing and coaching is changing to adapt to that new reality," Gosper said.

World Rugby chairman Bill Beaumont said he thought the referees had done a good job since the first weekend of the tournament, after which the governing body made a statement apologising for the standard of officiating.

The referees were named for this weekend's quarterfinals on Tuesday with Welshman Nigel Owens taking the whistle for New Zealand's clash with Ireland in Tokyo.

Frenchman Jerome Garces will take charge of England's clash with Australia in Oita, while South African Jaco Peyper was awarded Wales against France and Englishman Wayne Barnes will officiate the Japan versus South Africa match.