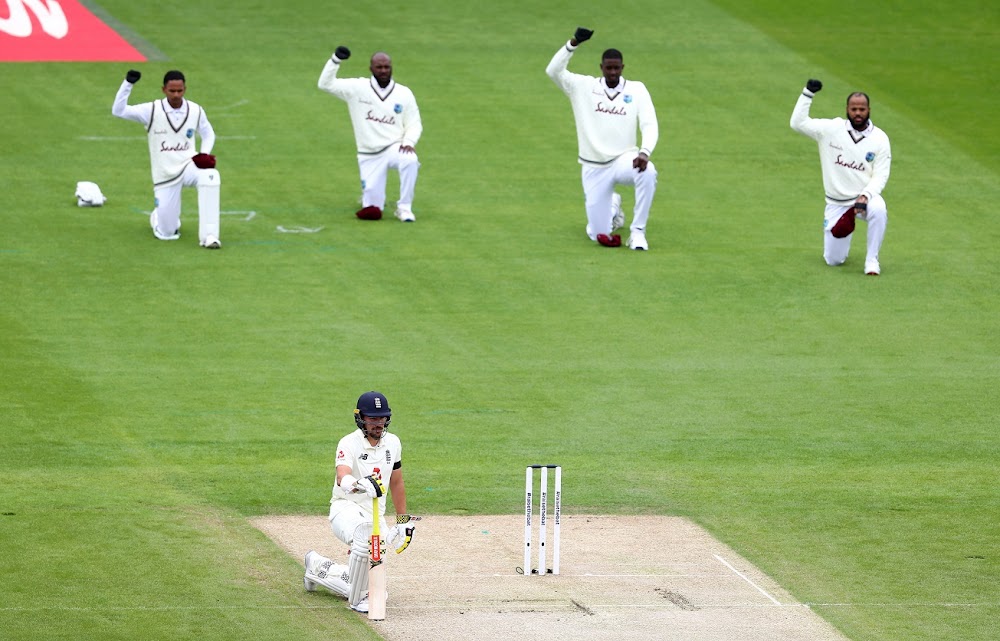 New Zealand Cricket (NZC) coach Gary Stead said they will meet with their West Indies counterparts on Thursday to discuss whether to display support for the 'Black Lives Matter' movement during the upcoming tour.

The West Indies and England teams took a knee and wore 'Black Lives Matter' logos on their shirts during their test series earlier this year as part of global protests against racial injustice.

"What happens in terms of taking a knee or anything like that will be discussed with West Indies," Stead told reporters in Auckland on Wednesday ahead of the first Twenty20 match on Friday.

"We are meeting with them to make sure we understand how they feel about it and understand their point of view.

"It is part of our education."

NZC has been working with the country's Human Rights Commission around their 'Give Nothing To Racism' campaign as part of the process, Stead added.

NZC will also display anti-racism messages around grounds during the series.

"We are pairing up with them in terms of our own message around that and making sure that we have our own stance on those things," Stead said.

West Indies captain Jason Holder and the team were given an award for their efforts to spread the anti-racism message that was amplified by the death of George Floyd in the United States earlier this year.

While England knelt during the West Indies series, they did not repeat the gesture during games against Pakistan and Australia, which provoked some criticism.

Australia pace bowler Pat Cummins said earlier this month the team would stand in a circle with bare feet at the start of international series against India on Friday in support of the global anti-racism movement.