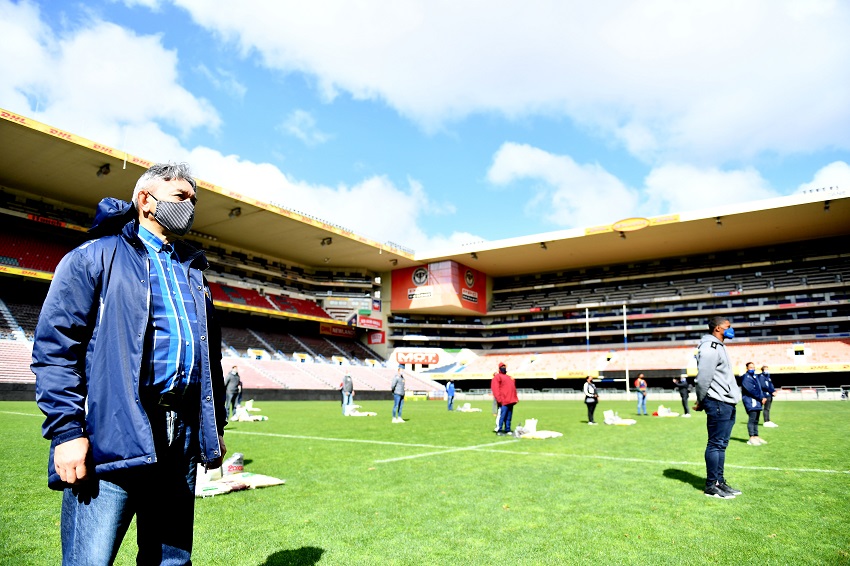 The Western Province Rugby Football Union (WPRFU) could be back in the dock after Flyt Property Investment and an associated company, Dream World Investments (the Flyt Group), formally lodged a claim against it for damages.

In a media release the Flyt Group said the claim arises “from WPRFU’s repudiation and breach of the binding agreements it concluded with the Flyt Group in June 2020 for the intended development of the Newlands rugby stadium and other properties owned by WPRFU”.

The latest blow for the embattled union follows the collapse of a previous property deal it had brokered with Investec. The resultant turmoil saw the departure of six board members earlier this year.

At the end of June the WP council voted in favour of the R112m loan deal with Dream World Investments (the Flyt Group). At the time WPRFU president Zelt Marais said the deal would allow WP to unlock “the value in its properties”.

The loan deal was brokered so that WP could settle its debt with Remgro and Investec.

“WPRFU president Zelt Marais called the successfully concluded transaction 'the deal of the century'‚” the Flyt Group said in its media release.

“It therefore comes as a surprise that the WPRFU now appear to be seeking a way out of the deal that it sought and on a land value which it determined‚ which was also concluded after a comprehensive and transparent approval process.

“WPRFU and the Flyt Group concluded valid agreements on July 10 2020 after all required WPRFU forums supported the deal by an 'overwhelming majority'‚” said the Flyt Group.

It added that it had met all requirements of the agreements to date.

“These include the payment of the R112m secured loan to WPRFU; the incorporation of the Newlands and Brookside DevCos; and the appointment of a board of directors for both companies‚ who had started to conduct meetings of the companies to plan for the intended developments.”

The deal‚ however‚ turned sour.

“Despite compliance by the Flyt Group with the agreements concluded‚ the WPRFU has inexplicably chosen to replace STBB as its legal advisers with a new litigation attorney‚ and has deliberately reneged on the transaction. The WPRFU has done so by now objecting to the agreed land value forming part of the substance of the transaction‚ and through its conduct is acting in flagrant disregard for the binding nature of the agreements.”

Flyt asserts in the media release that the land value agreed on was proposed by the WPRFU‚ not them. “This value has subsequently been incorporated into the Newlands and Brookside DevCo’s that are co-owned by the WPRFU and the Flyt Group. To demand that the price be increased six months after the deal has been concluded is outrageous.”

The Flyt Group said it had taken comprehensive legal advice from senior counsel‚ and had been assured of its rights under the agreements concluded with the WPRFU. As a result they have instituted a claim for damages.

“The Flyt Group is quantifying its considerable damages which‚ in addition to its direct costs‚ will include the losses sustained as a result of the lost opportunity to develop both the Newlands Stadium and Brookside property as the parties intended‚” they added.

“If WPRFU fails to compensate the Flyt Group for its damages‚ it will have no choice but to approach the appropriate forum for relief to compel payment. This will include calling up the secured loans that the Flyt Group holds over the Newlands stadium and other properties.”

If WP does not strike a deal with the Flyt Group‚ it runs the risk of having its 11 properties attached. At the time of writing‚ Marais‚ the WP president‚ was not available for comment.