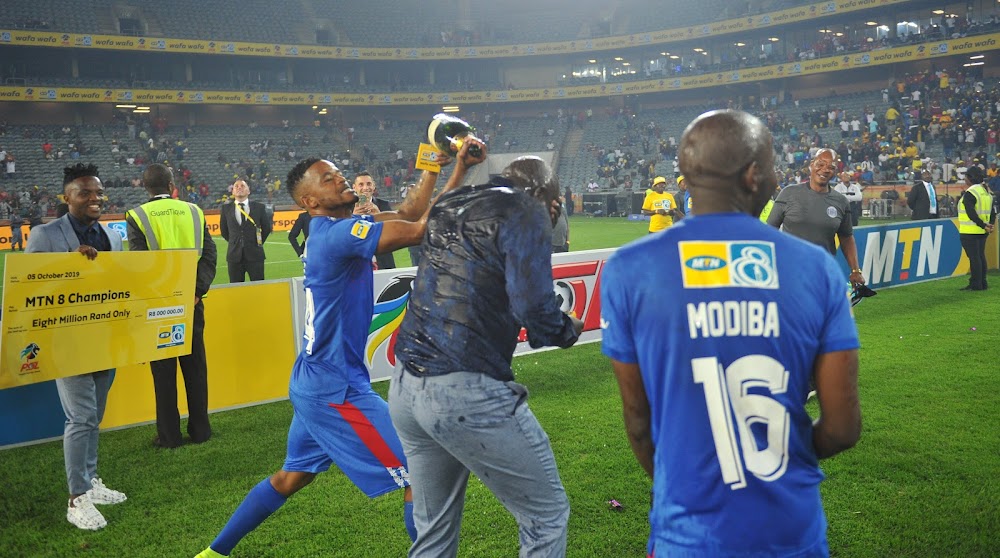 The pitfalls of fame have often prove to be the undoing of many promising footballers and SuperSport United midfielder Aubrey Modiba is determined to avoid falling into the same trap.

The 24-year-old Modiba‚ who has starred for Bafana Bafana‚ the SA Under-20 and Under-23 national teams‚ revealed that he's had numerous conversations with teammates Teboho Mokoena and Sipho Mbule and the close friends often advise each other on how to behave on and off the field.

The trio are all under the age of 25 and are key players for ambitious coach Kaitano Tembo‚ who is building a youthful side at United.

“Of course‚ we do call each other out when we see that one of us is dropping the ball‚” he said.

“We do talk if someone is dropping the ball in terms of unprofessional conduct. When I came to SuperSport United‚ Tebza (Mokoena) was promoted to the first team and the following year we were joined by Sipho (Mbule).

“In those early days‚ we used to share our plans for the future and we don’t want to do things that will distract us from achieving our dreams.

"If we observe that one of us is dropping the ball with bad behavour‚ we call each other out. No one is allowed to take it personal because we promised each other that we would do things right.”

Modiba‚ who recently signed a long-term contract with United despite huge interest from Mamelodi Sundowns who have courted him for the past two seasons‚ said their friendship is based on honesty.

“If one of us is behaving unprofessionally‚ we remind each other of the things we promised each other‚ that we want to achieve big things for the club and our families‚" he said.

"We are always honest with each other and I think that helps us to improve both on and off the field because there are too many distractions out there. We strive to make the right decisions and we spend a lot of times together after training and sometimes when we are off.”

Modiba also spoke about the influence of Tembo and senior players in the team like Dean Furman‚ Bongani Khumalo‚ Clayton Daniels‚ Onismor Bhasera and other people behind the scenes at the club.

“They are experienced and have been where we are at the moment‚ so their input is valuable. As for the coach‚ he wants the best for us and we listen to his advice on how to go about life.

“When it comes to football‚ it is wonderful to work with someone knowledgeable like coach Kaitano. He learned a lot from the previous coaches that he worked with like Stuart Baxter and Eric Tinkler.

"Right now we know what he wants and his advantage is that he has been in the team for many years and he knows the culture. He has promoted a lot of youngsters from the MDC team and he believes in younger players.”

Some of the younger players that Tembo has given opportunities to this season are Jamie Webber‚ Oswin Appollis‚ Khanyisile Mayo and Luke Fleurs.