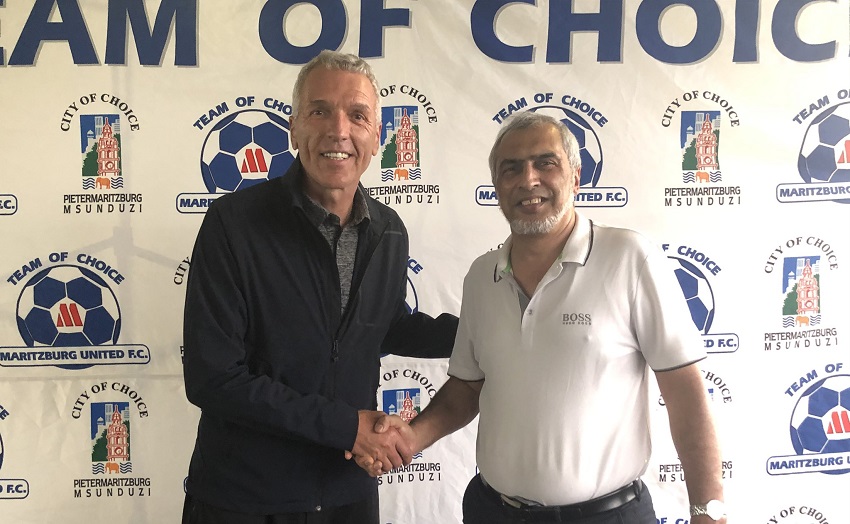 Maritzburg United have confirmed former Kaizer Chiefs coach Ernst Middendorp’s return for a third stint in charge of the club.

The club announced the poorly kept secret on their official Twitter account. “He has signed a three-year deal with the club‚” United said.

Middendorp — who Chiefs opted not to continue with after a year-and-a-half in his second stint at the Soweto giants‚ despite a second-placed finish in 2019-20 — arrives again in familiar surroundings‚ having coached Maritzburg twice before.

“Ja‚ this is definitely something familiar. Knowing a high percentage of the players — let’s say 90%‚” the 62-year-old German said. “Knowing the technical team members — not just by name I worked with them. Of course in different functions — Delron [Buckley‚ United’s assistant coach] as a player‚ Rowen [Fernandez‚ the keeping coach] as a goalkeeper at different teams.

“It’s definitely something that’s very comfortable for everything‚ to get it into the right direction with the players.”

Ernst Middendorp has been named new Head Coach at the Team of Choice.

In Middendorp‚ Maritzburg's management will feel they have brought in a coach who they know and trust.

“We extend a warm welcome home to Ernst and we look forward to renewing what has always been an amicable relationship‚” United chairman Farook Kadodia said. “At this point‚ after a tough start to the season‚ some stability is crucial. With Ernst knowing the club inside out‚ understanding the culture of the team‚ we are confident that he’s the best man for the job and will be able to hit the ground running.

“We believe his temperament‚ his intricate knowledge of our club and his vast experience over many years in the Premier Soccer League is what the team needs right now.

“We trust that together with Ernst‚ everyone at the club will work hard and pull in the same direction to get this season back on track.”