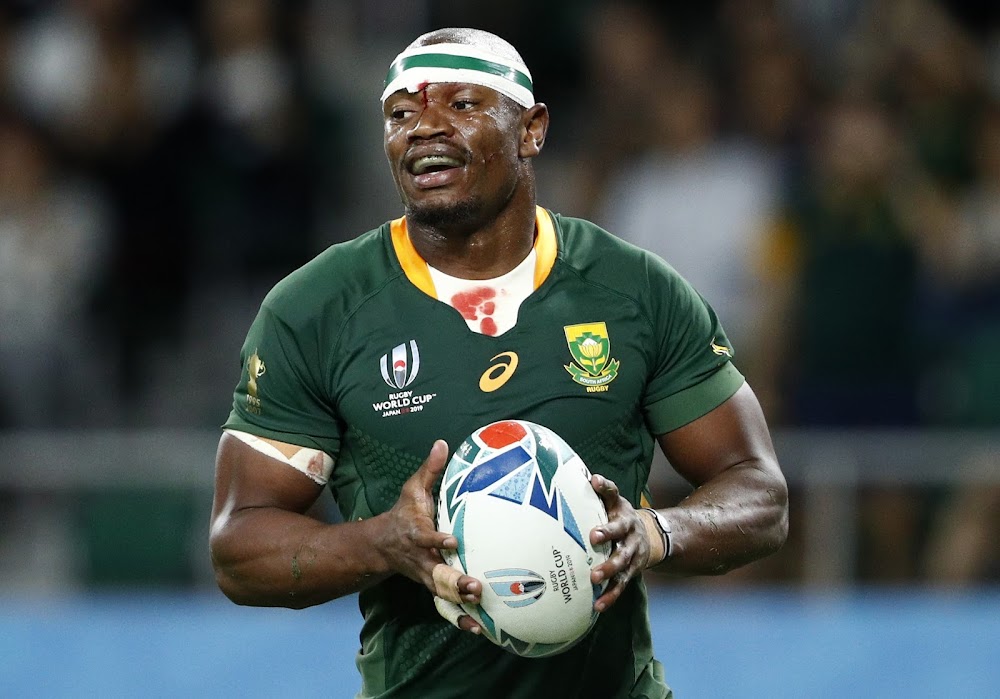 Springbok wing Makazole Mapimpi provided clarity into why he did not join the mini huddle formed by a number of his team mates who came off the bench after Friday's 49-3 win against Italy in Shizuoka.

Video clips show Mapimpi shaking his hands with his Italian counterparts, from where a mini huddle is formed by the reserves. Mapimpi then turned away from the group.

The video clip elicited a furore on social media, but Mapimpi, who's scored 11 tries in 11 Tests for the national team and has managed three tries so far at the ongoing Rugby World Cup in Japan, took to his Instagram page to explain what happened.

“I've seen the video that's trending on social media and I want to explain what happened. In the team, we have players called the Bomb Squad who come off the bench or at any stage of the game,” Mapimpi explained.

“They have their own calls and spirit. After matches, we shake hands with the opposition and when the Bomb squad came together, they were going to do their call.

"I was walking, completing the handshakes and I saw the Bomb squad coming together for their call.

"I wasn't part of that, so I moved in a different direction. There's nothing wrong and we're still united.”

Even though Mapimpi's clarification went a long way in soothing tensions that exploded on the various social media platforms, people were still not happy with the message.

Sports radio show host Robert Marawa tweeted:”Here's his version as the recipient of the "rejection" by the "Bomb Squad!!

Here's his version as the recipient of the "rejection" by the "Bomb Squad!!"

Will await the most important version of all......... the alleged racial attacks in Langebaan.....over to u Eben.👂🏾👂🏾 pic.twitter.com/WO3VkWIB8w

What a shame on the racism displayed by White Players in ystday Rugby Match. @NathiMthethwaSA must investigate. We need to move forward to reconcialiation n nation building project of Tata Madiba. But these racists are making it difficult.

I will personally not support our Rugby National Team until public apology and an undertaking that such racial attack will never be repeated again @NathiMthethwaSA against African Players. No one did [email protected] favourate to be there.

Racism has no place in South Africa, as African we must refused to be bullied by racists making us feel inferior in the country of our birth. Never! I stand with Black Players who were humiliated ystday @NathiMthethwaSA

Malema to govt: Why do you shut restaurants, but open churches?

REVIEW | The 2020 Suzuki S-Presso punches above its weight

John Steenhuisen questions 'bizarre' level 3 regulations - 'you can gather, but no haircut, or cigarettes?'

WATCH | Lockdown level 3: All you need to know

'Social visits are absolutely not allowed under level 3': Cele