Makhaya Ntini says Graeme Smith must instruct the Proteas to take a knee: 'he started this thing' 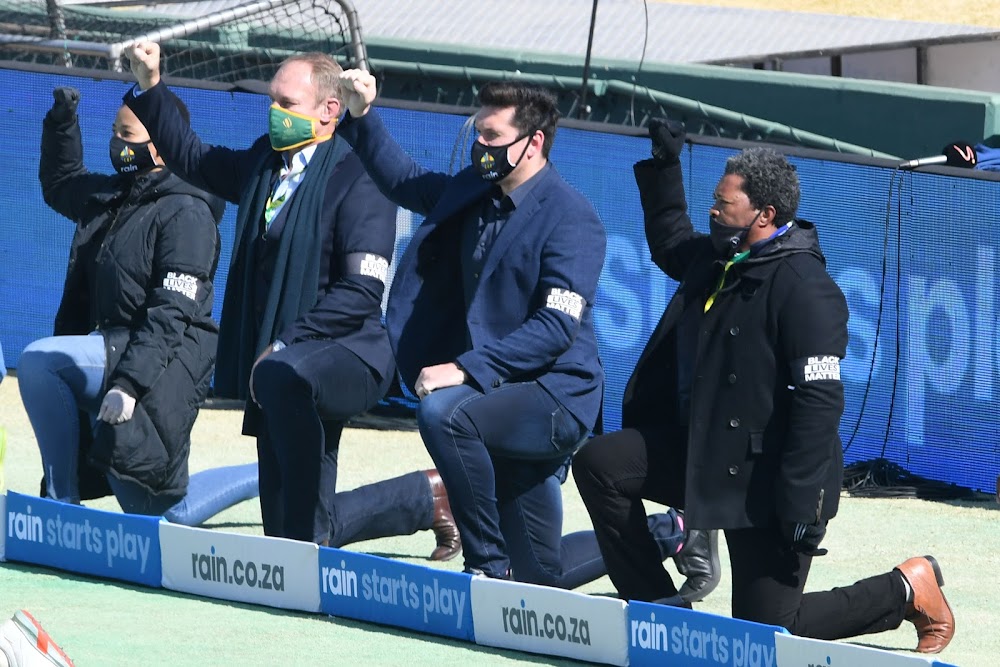 The Proteas' decision not to take a knee in support of the Black Lives Matter (BLM) movement before the series against England rages on and Makhaya Ntini joined the fray on Thursday when he said he was disappointed that the national cricket team has elected to take this route.

The series gets underway with the first T20 in Cape Town on Friday and the Proteas' decision has eclipsed the cricket, with many suggesting that the nation could be embarrassed if England decide to take a knee in support of the BLM while the hosts remain standing.

Ntini did not mince his words and said Cricket South Africa's director of cricket Graeme Smith needs to end the debate and instruct the Proteas to take the knee.

“It is really disappointing to see that South Africa are not going to take a knee in support of the Black Lives Matter  movement during the series against England,” said Ntini, who took 390 wickets in 101 Tests for the Proteas.

The controversy began a few days ago when head coach Mark Boucher said the team had chosen to wear black armbands in support of the fight against gender-based violence and in commemoration of those who succumbed to the deadly Covid-19 rather than take the knee.

The decision to support the fight for gender-based violence and the commemoration of those who succumbed to the deadly Covid-19 has been well received, but there has been widespread criticism that they will not be taking the knee.

Ntini said Smith was the first to take the knee and needs to once again lead from the front and instruct the team to do the same.

“We had the 3TC Solidarity Cup event at SuperSport Park a few months ago during the lockdown where everyone took the knee," he said.

"I am asking myself what has changed from then to now?

"Graeme Smith, who is the Director of Cricket for CSA, was the first one to take the knee during the 3TC event in Pretoria, so why has he decided against what he started?

“All of this goes back to him because he started this thing, and he should not turn around and not want to do it again. He should be man enough, stand up and say this is what I have started and I want you guys [the Proteas] to go on and continue doing it.

"He should be the one who walks into that team meeting and say to the players and everyone 'this is what I need you guys to do' and then he walk out.

“He doesn’t have to stay and listen to whatever the answer is going to be. As the head of cricket and the man who needs to be trusted, he needs to stand up and say I started and supported this from the beginning in a domestic event, now I need you guys to continue as the national team.”

Earlier this week senior Proteas player Kagiso Rabada said it was the decision of the team not to take the knee against England.

“It was a team decision not to kneel and I think it is to look at the gender-based violence and devote ourselves to another cause.

"However‚ Black Lives Matters will always be relevant and it is something that I will always believe in‚ and I speak for myself here. But yeah Mark [Boucher] has stated that the team will not take the knee and that is how it is going to be.”

The Proteas host England in a limited overs series of three T20s and three ODIs in a biologically safe environment in Cape Town from Friday.

Earlier this year Ntini publicly spoke about his experiences of racial discrimination in the Proteas set-up during the 13 years he represented the country.