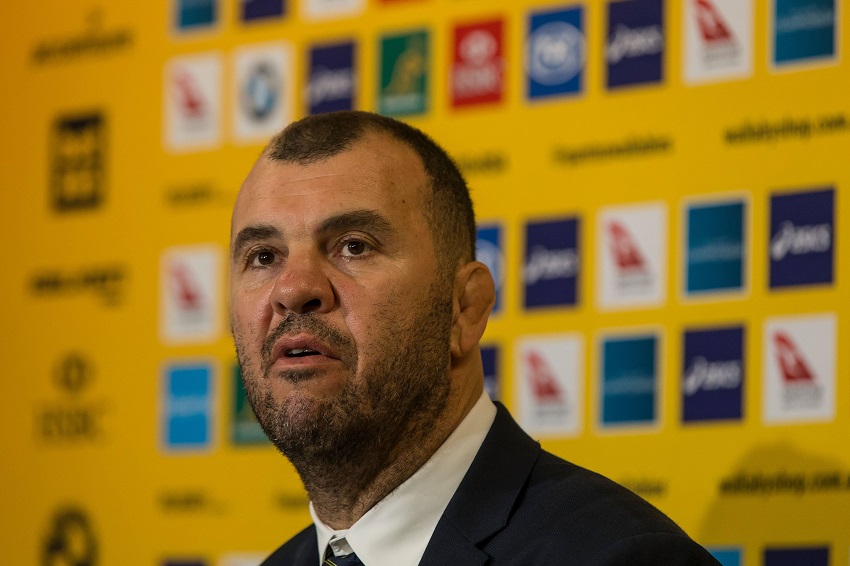 Michael Cheika on Thursday called on Australia's director of rugby Scott Johnson to take a back seat and trust new Wallabies coach Dave Rennie to "be the boss".

Cheika, who quit as Australian coach in October after their Rugby World Cup quarter-final exit against England, had his powers curtailed in late 2018 when Johnson was appointed above him following a horror run of results.

It had previously been left to Cheika alone to make the decisions and it did not sit well with him, admitting as much in an Instagram video with former great David Campese.

"I'm personally not a fan of the whole director of rugby concept, whether it be in club or at national level.

"I think that Dave Rennie, when he comes in, he should be the boss," Cheika said.

"There's only one boss in a footy team. The organisation should trust him to run the football.

"That's no disrespect to the other gent (Johnson). It's not a personal issue."

New Zealander Rennie was appointed late last year but only assumes the role officially this month after seeing out his commitments with the Glasgow Warriors.

He takes the reins with a host of experienced players calling it quits after the World Cup and Australia languishing at seventh in the world.

"Even in clubs, the coach has to be in charge, that doesn't mean he's a totalitarian dictator," added Cheika, who is currently a consultant with rugby league side Sydney Roosters but has recently been linked with jobs in France and England.

"He can have advice and he's got good staff around him ... it's much easier to align a group from a chairman, CEO, coach, captain. Obviously the less numbers of people in there the less ways to go around it.

"The new coach has a lot of experience so I think they should trust him to be able to run the show."

Last week Rennie, who is currently in New Zealand, said he planned to talk with Cheika to pick his brains.

But he indicated he had no problem with Johnson being at the selection table.

"I have no issues with Johno being part of that process ... to be honest how I have done it in the past has been real group decisions," he said.

Hamilton back on top in 70th Anniversary GP practice