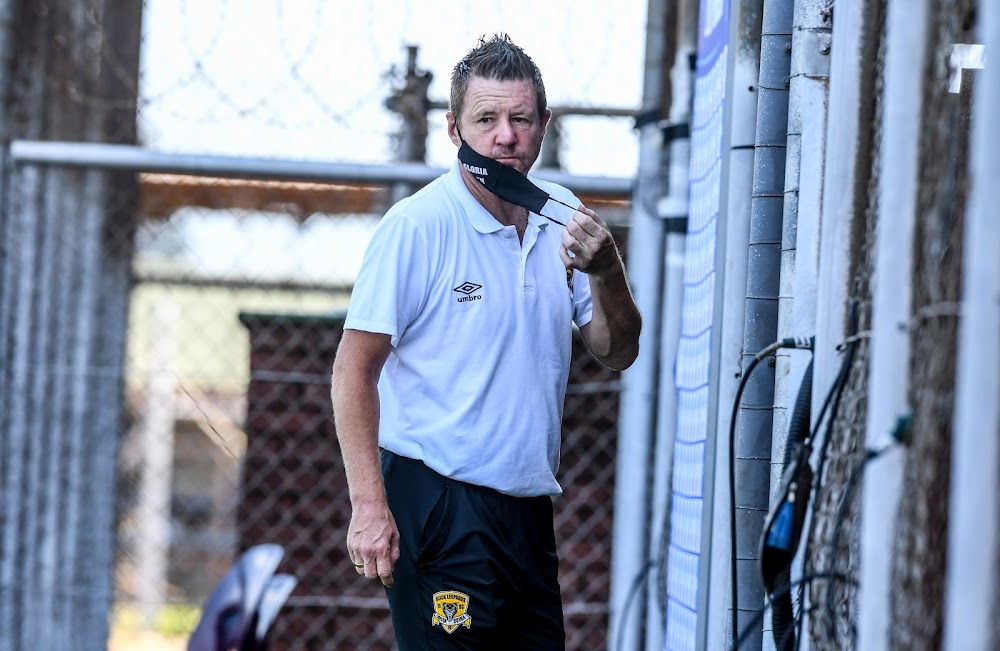 Black Leopards coach Dylan Kerr says he doesn’t walk around with his head held high knowing that he directly contributed to the dismissals of colleagues Ernst Middendorp and Eric Tinker.

Kerr was in charge of Baroka FC last season when the Limpopo club denied Kaizer Chiefs the league title on the final day of the campaign after they held the long-time leaders to a costly 1-1 draw‚ enabling Mamelodi Sundowns to win the championship after a 3-0 over Black Leopards. Middendorp was summarily dismissed by Chiefs soon after that. He repeated the trick last weekend in his first match at the helm at Black Leopards when he masterminded Lidoda Duvha’s 1-0 win over Maritzburg United‚ which led to Tinkler's sacking at Harry Gwala Stadium.

“When you think of it‚ my last game for Baroka was against Kaizer Chiefs and it cost Ernst Middendorp his job. My first game back with Black Leopards cost Eric Tinkler his job‚” he said as he prepared Leopards to take on Bloemfontein Celtic at the Dr Petrus Molemela Stadium on Wednesday.

“It is something that I am not proud of‚ it is a shame for Eric (Tinkler) because I thought he did a great job prior to the bubble.

"After [last season's] bubble‚ he hit some kind of a slump but at the same time lost a lot of good players. There were new players coming to the team‚ so it’s difficult.

"Everything shouldn’t be a quick fix.

"You have to get time at the club to put things right but it doesn’t happen in some cases.”

Having been responsible for the demise of two coaches already‚ Kerr doesn’t want the same thing to happen to Celtic counterpart John Maduka.

Maduka is also under some pressure at Celtic as they have only accumulated one point from their four league matches.

“Bloemfontein Celtic have done very well recently by getting to the Nedbank Cup final last season where they lost to Mamelodi Sundowns‚" he said.

"This season they have booked a place in the MTN8 final against Orlando Pirates. This shows that John has done a great job and I think tomorrow it’s going to be a very tough game.

“It is always tough visiting Bloemfontein but maybe our advantage will be the fact that they have the Caf Confederation fixture at the weekend.

"I have a lot of respect for the Celtic guys who took over when their coach (Lehlohonolo Seema) went to Chippa United last season. They have qualified for two cup finals and they have the Confederations Cup now‚ that is very good by any standards.”