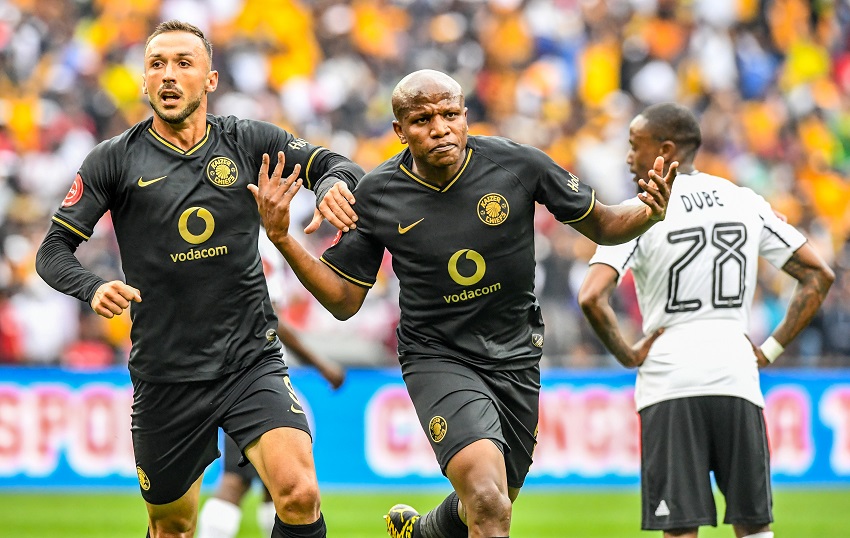 Star midfielder Lebogang Manyama says he is happy to be back on track in an impressive manner at Kaizer Chiefs‚ the club he supported in his youth‚ after a debilitating injury from a car crash derailed his first season at the Soweto giants.

Manyama arrived at Chiefs in August 2018 itching to erase in the memory of an energy-sapping failed season with Konyaspor in the Turkish first division in 2017-18‚ and has ultimately managed to do that pretty well in under two years.

He has been simply remarkable in reminding people why he was chosen as the Premier Soccer League’s (PSL) Footballer of the Year at the end of the in 2016-17 season at Cape Town City.

Held back by constant injuries and an horrific car accident – where an initially minor injuries turned out to be a fractured elbow – on one of Johannesburg’s busiest highways‚ Manyama remembers that his first few months at Chiefs were hardly encouraging.

He managed just 11 league matches last season and couldn’t do much to help the club avoid the embarrassment of failing for the record fourth season running to win a trophy‚ while also finishing outside the top eight‚ in ninth‚ in the Absa Premiership.

“Obviously I came in [August 2018] just after the club had finished preseason as I was fighting for my clearance from my previous club‚” said Manyama of his arrival at Naturena.

The midfielder or winger had endured a horrible spell under three coaches in a single season in the 2017-18 at Konyaspor.

“I had to try and catch up‚ which is not easy at a club like Chiefs. People already wanted to see me on the field of play.

“Unfortunately I had an accident last season‚ and then I got a bad injury and stayed out again. In-between those injuries you could see that I really wanted to help the club‚ but unfortunately things turned out the way they were.

“I knew my time would come [at Chiefs] and I kept my positivity‚ always hoping that I would eventually get my chance to play and prove myself. But most importantly it was a matter of being patient and making sure of being 100 percent instead of trying to push myself and force because things were not going my way.”

Manyama said the decision to join Chiefs was easy for him as he grew up dreaming of one day donning the famous gold and black jersey.

“Look‚ I could have chosen to go to my previous club [City] as I had a very good relationship with the club there before I went to Turkey.

“I’m sure they would have taken me with open arms at City but I thought to myself Chiefs was similar to the platform I experienced in Turkey.

“It’s a team that had pressure and you have to put pressure on yourself also‚ and see how far you’ve learned. In Turkey there were packed stadiums week in and week out‚ and I thought to myself‚ ‘Wow‚ if I had to join any team there’s no better one than Chiefs’.

“I thought to myself‚ ‘I’m going to do this and also I grew up a Chiefs supporter‚ and it was just unfortunate that I haven’t been here yet‚ but it’s always been in my mind that one day I will. When the opportunity came I didn’t even think twice.

“And ja‚ it’s always lovely to play in front of huge support and I think it’s a kind of pressure that I was looking for. And ja‚ it’s turning out very well.”

Manyama had started 21 of Absa Premiership leaders Chiefs’ 22 league games in 2019-20 before matches were suspended due to the coronavirus on March 16‚ scoring an impressive six goals from midfield.