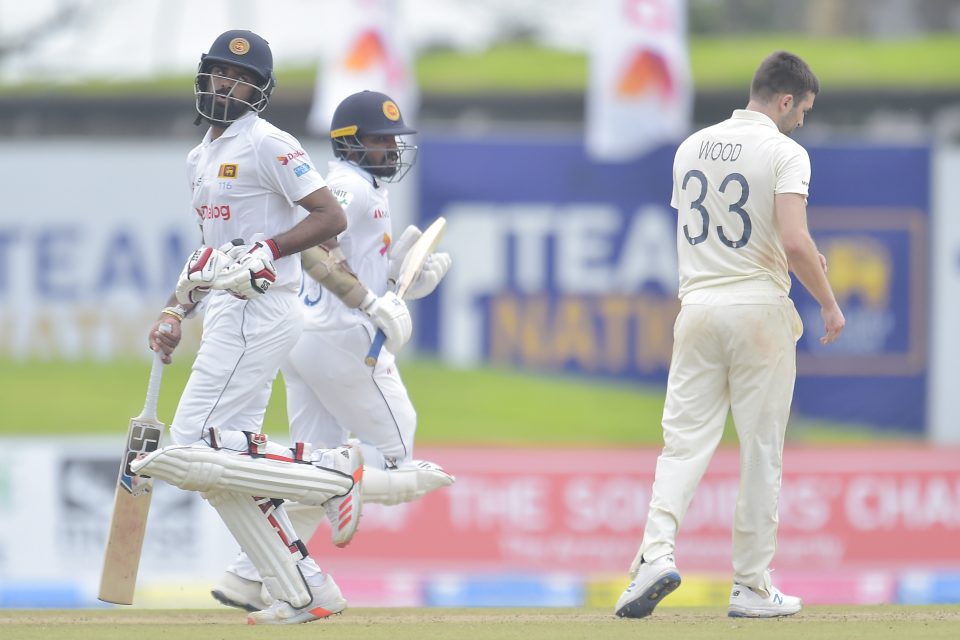 Opener Lahiru Thirimanne completed a rare test century to continue Sri Lanka’s fight back against England as they reached 242 for four wickets in their second innings at lunch on the fourth day of the first test at Galle International Stadium on Sunday.

Thirimanne moved quickly from 76 overnight to reach his century in 227 balls, before becoming one of two wickets to fall in the morning session, dismissed for 111 off 251 balls with 12 boundaries.

It was his second century in 37 tests.

Thirimanne did ride his luck in the first hour before reaching three figures but was eventually undone by the new ball as a delivery from Sam Curran nipped back and it was edged through to wicketkeeper Jos Buttler.

It was one of the better balls from the England attack, who again failed to find consistency on a turning track, and ended a partnership of 52 with Mathews for the fourth wicket.

Thirimanne had only been chosen to play when captain Dimuth Karunaratne had to pull out of the test with a broken finger but has now staked a strong claim to remain in the team for the second test, which starts on Friday.

Sri Lanka lost nightwatchman Lasith Embuldeniya in the second over of the morning on Sunday.

Embuldeniya went without scoring as he chipped a catch to Dominic Sibley at short cover off the bowling of Dom Bess.

Sri Lanka’s stoic batting continued to contrast with their first innings of 135 when they were widely criticised for poor application as they gave wickets away cheaply.

England replied with 421, including 228 from captain Joe Root and remain in a strong position in the test, the first in a two match series both being played at Galle.