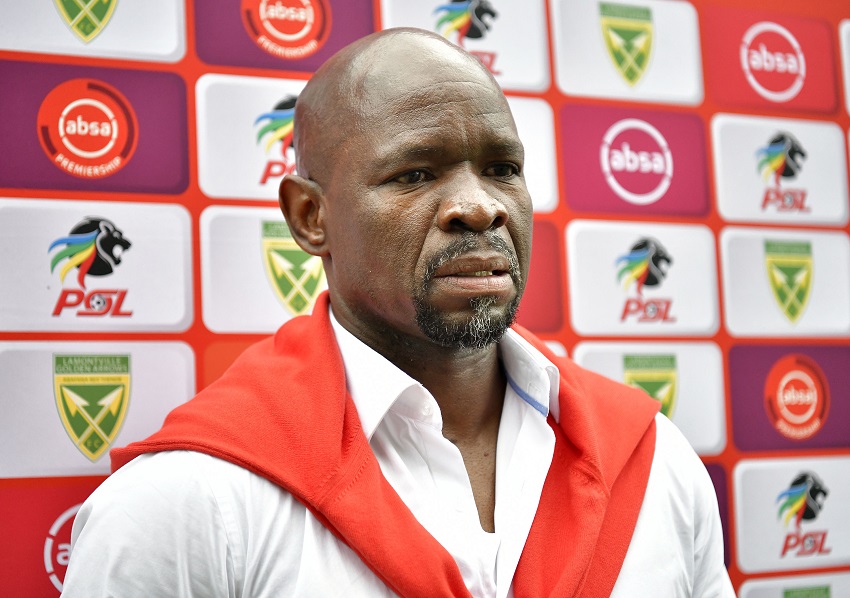 Lamontville Golden Arrows’ rise to fourth in the Absa Premiership has been built on hard work and an impregnatable home form as they prepare to welcome Mamelodi Sundowns for a Telkom Knockout semifinal at the Sugar Ray Xulu Stadium on Saturday.

The meeting will come just a few weeks after Abafana Bes’thende defeated Sundowns 3-2 in a league encounter at the same venue‚ part of a run of seven matches without defeat on their own patch this season.

It is their best run of form at home as a top-flight club since 2009‚ and coach Steve Komphela will hope there are omens that may help them to success over The Brazilians this weekend.

The only time Golden Arrows have lifted a major trophy was the 2009 MTN8‚ which they won during their record home run a decade ago.

And the coach of that team was none other than Manqoba Mngqithi‚ who is now on the bench alongside Sundowns head coach Pitso Mosimane‚ another strong tie between the two eras.

The one difference‚ perhaps‚ is that during the 10-game unbeaten run in 2009‚ Golden Arrows won three and drew seven of those matches. But the Class of 2019 has been winning games – five out of seven to be exact on their current run.

And Komphela will be hoping too that it pours with rain again‚ just as it did when beating Sundowns earlier this month‚ making the pitch difficult to play on and turning that fixture in their favour after they had gone a goal down.

“I will ask God‚ isn’t it that they don’t want it to rain? Let it rain!” Komphela told reporters on Wednesday.

“They don’t want to play in Clermont? We are going there because when we are in Pretoria they don’t make conditions easy for us. So‚ let’s give them what they don’t want.

“They are a top side and are used to adverse conditions having played in Africa. If they complain about our modest discomfort‚ you [as a coach] should plead for more because in Africa it is worse in terms of your traveling logistics‚ hotels and training facilities.

“If they complain about this‚ then I wish it is worse. But the Sugar Ray Xulu Stadium meets all the PSL’s standards.”

The last team to beat Golden Arrows at home was BidVest Wits on the final day of the 2018/19 season in May.

And incredibly‚ they have also only suffered three home defeats in the Telkom Knockout since 2004‚ with all of them coming against Orlando Pirates!