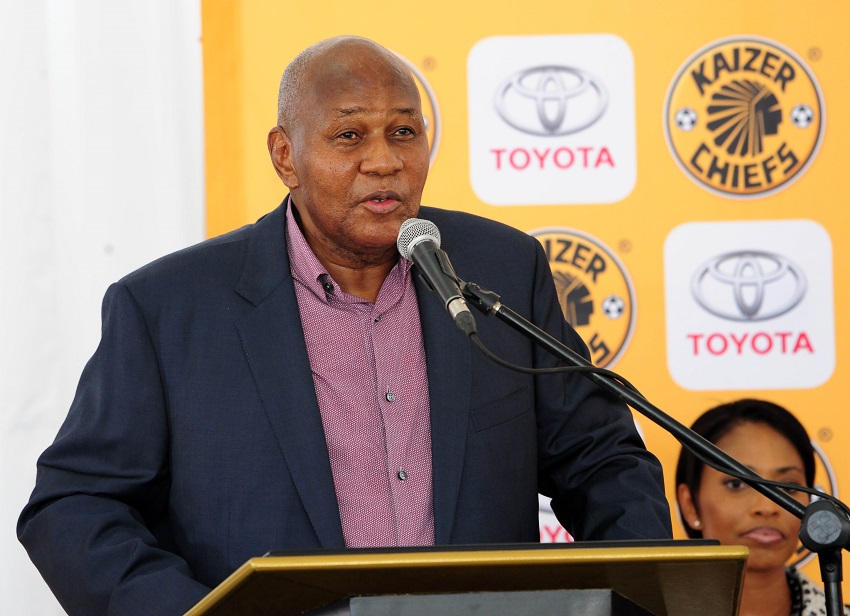 That Kaizer Chiefs are desperate for trophies is as poorly kept a secret as their appointment of silverware-laden coach Gavin Hunt‚ which Amakhosi made official in an announcement on Thursday.

Chiefs said Hunt (56) joins on a three-year contract‚ replacing Ernst Middendorp‚ who parted ways with the Soweto giants last week shortly after his team were pipped to the Absa Premiership by Mamelodi Sundowns on the final day of the 2019-20 season.

That continued five seasons without a trophy for Chiefs.

They have sought to quench the parched thirst of their longest and most painful dry spell appointing Hunt‚ a supreme motivator and tough as nails character with 26 years’ professional coaching experience‚ 24 in the PSL‚ and who has won trophies at every club he has served at since 2004.

“Hunt will meet the team for the first time next week when the squad returns to training in preparation of the 2020-21 season‚” Chiefs’ statement read.

“The announcement of the new assistant-coach will be made in due course.”

“We looked at our situation and our needs before deciding on Gavin‚” Motaung said.

“He brings with him an abundance of experience. There is success wherever he has coached.”

Hunt takes over a big three team that has faced budget challenges in the player market‚ and these would only be exacerbated if Chiefs fail to overturn a two-window transfer ban (affecting the 2020-21 season) at the Court of Arbitration for Sport.

Motaung said Hunt’s knowledge in the South African transfer market was a factor in his appointment.

The coach is known for making solid deals on free agents‚ and signing lesser-noticed players and turning them into stars. He also has an eye for talent from the youth ranks‚ and Chiefs have invested significantly in their academy in the past decade.

“Given that the Covid-19 epidemic has forced us to finish the season in the bio-bubble and that the squad will only rest for two weeks before the players return for preseason‚ we needed a coach who understands the local market and conditions‚” Motaung said.

“We believe that with Hunt we have brought in a person with the right experience and energy to do just that.”

League runners-up Chiefs will compete in the Caf Champions League in 2020-21.

“Playing on the continent is key for us as we haven’t done as well as we should have. We have players who have participated in the competition and this experience should certainly be to our advantage‚” Motaung said.

“The other thing I have always emphasised is the need for coaches to equip themselves with the requisite knowledge. The game has changed and become much more scientific.

“We know Gavin always endeavours to learn more about the game by attending courses both locally and overseas.”

Hunt has won the joint second-most PSL titles – four‚ along with Gordon Igesund and Ted Dumitru. The coach‚ who has yearned for a big three club appointment‚ will surely establish a rivalry again‚ as he did at previous club Bidvest Wits‚ with Sundowns coach Pitso Mosimane‚ the holder of the record five league titles‚ all at the Brazilians.

Hunt won three titles in succession at SuperSport United from 2008 to 2010. His fourth was Wits’ first in their then 95-year history in 2016-17. Wits’ sale to Tshakhuma Tsha Madzivhandila FC cleared the way for Hunt to join Chiefs.