Kaizer Chiefs vs Orlando Pirates: Now this is a derby and it had it all! 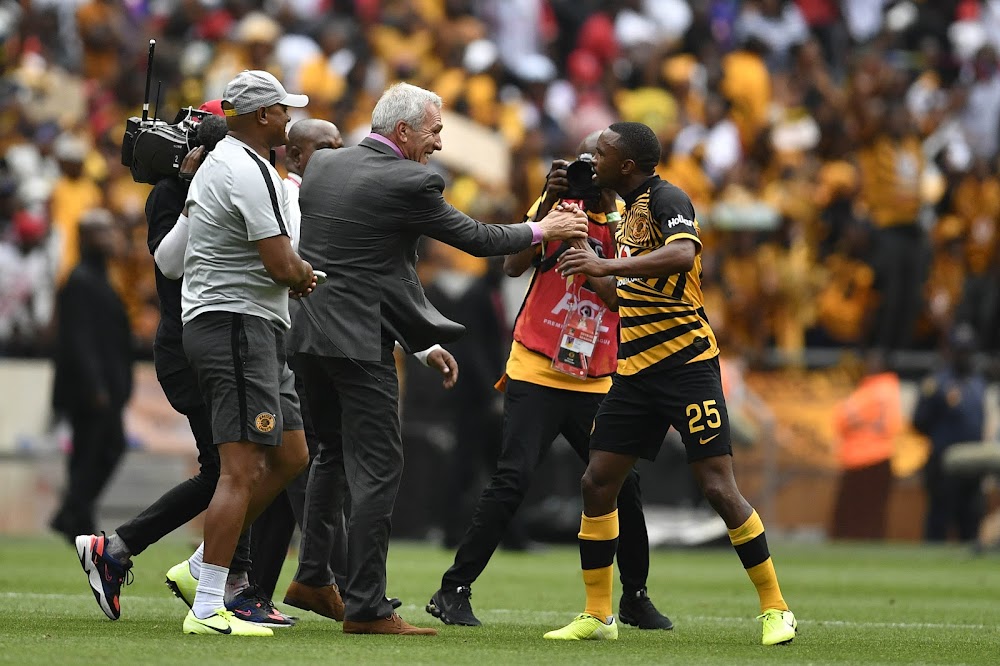 After an interminable number of ‘snore fests’ served up as derbies‚ there was almost too much to digest at FNB Stadium as Kaizer Chiefs beat Orlando Pirates for the first time in almost five years.

All too often in the last years the traditional clash between the two Soweto giants has failed to deliver‚ proving a damp squib after weeks of expectation.

But this one had it all‚ so much so that if a Hollywood scriptwriter had put all the elements together it would have been thought of as cheesy.

A calamitous own goal‚ disputed goals‚ the ball thudding against the bar‚ not once but three times‚ a scuffle followed by a red card and‚ finally‚ to finish it all off with a penalty that produced the winner.

There was a still a botched late effort from Pirates to deny themselves a chance for what would have been a deserved share of the spoils.

If anything‚ the derby accurately mirrored the fortunes of the two protagonists.

Chiefs have been riding their luck since the season kicked off to now build up a 10-point lead at the top of the table.

Never has a team in such a position so early on not gone on to win the championship.

For Pirates‚ seemingly nothing has been going right and this was again the case on Saturday.

An own goal in 45 seconds at the start of the game made for an incredulous beginning and when 2-0 down inside the opening half hour‚ visions of a romp and a possible riot crossed the mind.

But in the 10 minutes before half-time‚ they found from somewhere a sudden burst of energy‚ led by the infectious attacking instinct of Gabadinho Mhango‚ and were suddenly back in the tussle.

Vincent Pule’s freekick‚ slotted home from the tightest of angles was a stunner but was it legal?

Did the referee not signal for an indirect freekick? Why did the linesman raise his flag momentarily and then put it down again?

Questions that wait for answers.

Mhango’s equaliser was the kind of finish you rarely see in in South Africa‚ or when you do it is from the sofa at home in front of the television watching the top leagues of the world.

At 2-2 it could have been 5-2 to Pirates‚ who dominated the second half. Three times they struck the woodwork as Daniel Akpeyi in the Chiefs goal led a charmed‚ and unconvincing‚ existence.

The drama was approaching Oscar-winning proportions when Paseka Mako’s silly tackle on Bernard Parker gifted Chiefs a late penalty and a chance for Daniel Cardoso to slot home from the spot in a third successive derby.

There was still time for some handbags as the players squabbled and referee Thando Ndzandzeka sent off Mulomowandau Mathoho. It was a silly red he will rue but seemed a tad harsh for a bit of chest thumping.

Tshegofatso Mabasa should have equalised deep in stoppage time and we would have avoided the crass sight of Ernst Middendorp pumping his fists from his elbow at opposing coach Rhulani Mokoena‚ and bellowing out a loud cry‚ in a gesture that does not sit well with the Chiefs image of ‘love and peace’.

He had obviously had enough of Picasso and Da Vinci but if he looks hard in the mirror will know the win was no masterpiece.

But it was absorbing to watch … and there certainly was no mid-match dozing or snoring.

Why Sundowns coach Pitso Mosimane will not tolerate 'selfish' players

Pitso Mosimane: 'Those who haven't played‚ they can't comment'

Todd share lead, Koepka one back at PGA Championship