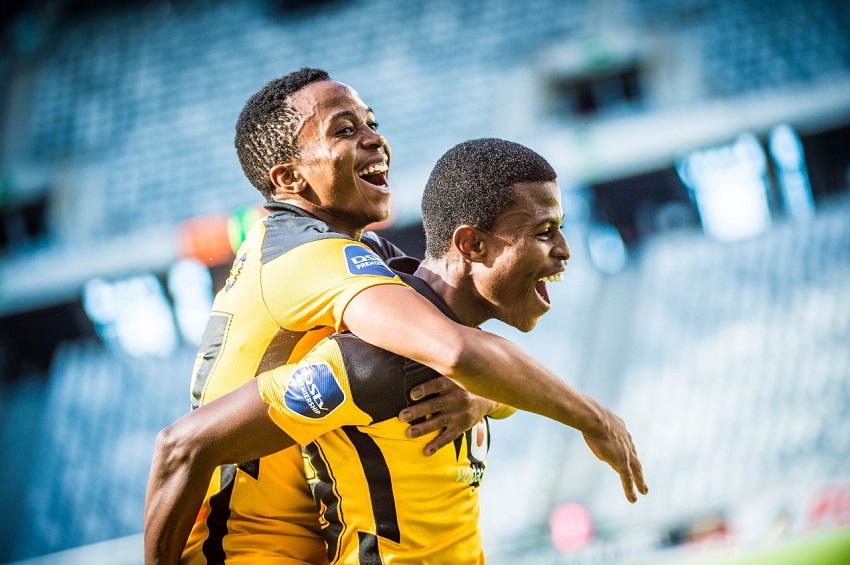 Having notched one win in their first nine DStv Premiership games, Kaizer Chiefs will be much bolstered by a second victory in succession this week, 2-0 against Cape Town City at Cape Town Stadium on Saturday.

Deadly Strikes from Chiefs’ young guns Nkosingiphile Ngcobo (seventh minute) and Happy Mashiane (18th) had Amakhosi cruising at 2-0 up inside 20 minutes. City piled on the pressure in the second half‚ but could only pull one back through Fagrie Lakay’s 83rd-minute strike.

This fixture in Cape Town almost always produces a pleasing encounter on the eye‚ with Chiefs also enjoying their trips to the Mother City in terms of results.

It was a second strong performance for Amakhosi following their midweek 1-0 win against AmaZulu in Durban‚ as they have clawed themselves from just above the relegation zone‚ in 14th place last weekend‚ with successive victories.

Without being premature‚ because Gavin Hunt will admit that there remains plenty to iron out‚ particularly in shoring up the defence to the coach’s exacting standards‚ the six points will certainly now surely boost Amakhosi’s confidence after their dismal start.

If Chiefs can begin to push for a top five place‚ introducing the Mashianes and Ncgobos and‚ from the bench on Saturday‚ Darrel Matshekes and Njabulo Bloms‚ they will feel they have rescued much from 2020-21‚ and have much hope for 2021-22.

Hunt retained his 4-5-1 formation – with Daniel Cardoso providing a central rock in midfield – that seems to have brought some much-needed solidity to Chiefs.

Just Ngcobo and Kearyn Baccus‚ for Bernard Parker and Matsheke as the advanced central midfielders ahead of Cardoso were the two like-for-like changes.

And the newly reinforced steel Amakhosi have found was difficult for City to come up against‚ as Hunt’s men again went about their job with a renewed forcefulness that has been the coach’s hallmark at his previous successful teams.

City were the form side of the two. Jan Olde Riekerink’s combination have continued from their impressive form in last season’s bio-bubble that saw them finish sixth‚ having fought relegation at an advanced stage of last campaign. They were in fifth coming into Saturday’s match-up.

Chiefs might be the first to admit the Citizens were unfortunate not to come away with more than just Lakay’s strike as the Cape side owned the second half. But Amakhosi’s grit holding City will be another aspect pleasing to Hunt.

The home side had their half-chances in the first half. But they came in response to two movements of brutal simplicity and that spliced the Citizens’ back four open and gave Amakhosi two lightning strikes that put them in charge.

First interplay by Baccus and Ngcobo on the left played Mashiane through to have two attempts at a cross‚ the second chested by Dumisani Zuma to Ngcobo‚ who sliced a strike past Peter Leeuwenburgh.

Then Baccus dabbed a pass through for the run of Nurkovic down the right‚ who cleverly instantly squared to put Mashiane steaming through alone on the left‚ who sublimely beat Leeuwenburgh and finished a second to Amakhosi.

In the other direction City’s darting inter-passing was neat and quick and they were able to test Chiefs keeper Daniel Akpeyi on a few bright occasions interspersing Amakhosi’s goals.

Needing to get back into the game‚ City came out pushing for an early strike from the break‚ as from a ball pinging around Chiefs’ area Thabo Nodada was able to squeeze a strike that forced a fine reflex stop from Akpeyi.

Baccus’s challenge on Nodada in the area in the 50th saw a strong shout from City for a penalty‚ referee Thokozani Mkhize waving play-on.

Some of the defensive frailties that have plagued Chiefs in 2020-21 seemed to have crept back in as Mdantsane skipped inside the area from the left and‚ in a perfect position with Akpeyi exposed‚ struck the upright.

Chiefs weathered most of the storm. Lebogang Manyama and Njabulo Blom came on at the hour for scorers Mashiane and Ncgobo‚ and 12 minutes later Parker and Matsheke followed for Baccus and Zuma‚ Hunt seeking to restore Amakhosi’s composure.

City’s probing into Chiefs’ area‚ though finally counted as two sublime backheels‚ from Mdantsane on the left‚ then substitute Charles Zulu in the middle‚ set up the run of Fagrie Lakay to pull one back.