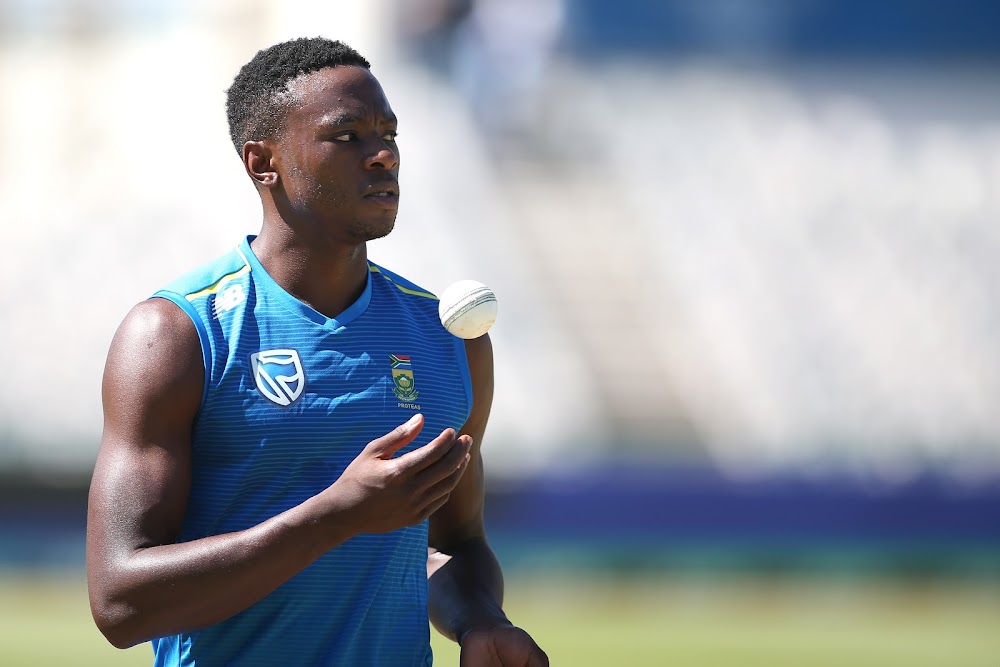 Kagiso Rabada may have finished as the leading wicket-taker in the recently concluded Indian Premier League (IPL) but the Proteas speedster believes this will not count for much when he steams in against England this week.

The Lions bowler said the challenge for him and his Proteas teammates who did fairly well during at the IPL is to repeat their commendable performances when they lock horns with the 50-over world champions in the first of the three Twenty20 internationals that will be followed by the three ODIs.

The six-match contest will be contested at Newlands in Cape Town and Boland Park in Paarl.

“I think the IPL was a great tournament but in cricket‚ especially when you are playing on an international stage‚ you always have to repeat your performances on a constant basis‚” Rabada said during his virtual media briefing on Monday ahead of the first match at Newlands on Friday.

The 25-year-old Rabada was in his element during the IPL‚ taking a staggering 30 wickets in 17 matches at an average of 18.42‚ as his Delhi Capitals finished runners up to the Mumbai Indians.

Rabada and Capitals and Proteas teammate Anrich Nortje took a whopping 52 wickets between them‚ with the latter taking 22 wickets at 23.27 (16 matches) to end as the fourth best bowler at the tournament.

Another Mumbai Indian in Trent Boult finished third from the same number of matches as Bumrah with Nortje fourth with 22 wickets‚ while another Indian Yuzvendra Chahal (21 wickets at 19.28 from 15 matches) rounded off the top five list of wicket-takers at the IPL.

But Rabada said that will all count for nothing when he steams in at Newlands on Friday.

At the IPL‚ Rabada bowled really well to most of the English batters who are in the squad that is camping in a bio-secure bubble environment at the Vineyard Hotel in Cape Town.

“But it does not change the fact that whoever you play in every game you have to come back and you have to do the same thing. That’s something us as cricketers we have to do.

“Cricket is a repetitive game and you have to repeat that in every game you play‚ so I guess that is the challenge at the end of the day‚ to see how well you can do and that’s why we are playing‚ to test ourselves individually.”

While it will be the Proteas first outing as a team since March‚ England have already hosted West Indies‚ Pakistan‚ Ireland and Australia during their home summer with all matches played in Manchester and Southampton‚ where the players stayed in on-site hotels.

All the England matches were played behind closed doors.

While the IPL was also played with no fans in attendance‚ Rabada said the tournament was still competitive. But he said the lack of screams and shouts from the stands have taken away a certain element of the game.

"[Even] without the crowd the competitiveness was [still] there‚ but the crowd obviously gives that extra bit of adrenalin‚ that bit of drama if you want to call it that way‚ or theatre.

“So definitely there is an element missing without the crowd but at the end of the day we are competitive cricketers who want to compete.”

Fresh from a bio-secure bubble environment at the IPL‚ Radaba does not mind being locked in again and said the strict nature of bubbles can take a toll on a player’s mental state.

“It can be quite tough [because] you can’t interact. You have basically lost your freedom.”

Rabada said he is grateful for the opportunity to keep earning money while many across the country have lost their income revenue streams due to Covid-19-enforced lockdowns.

“It’s almost like a luxury prison that we are in.

"But at the end of the day you just have to remind yourself that we are fortunate because many people are struggling at the moment and have lost their jobs.

“So I just try remind myself that we must be grateful for the opportunity that has been given to us to firstly earn some money‚ and secondly get to do what we love [which is playing cricket].

The England tour will be the first international tour they have undertaken since the Covid-19 pandemic began.