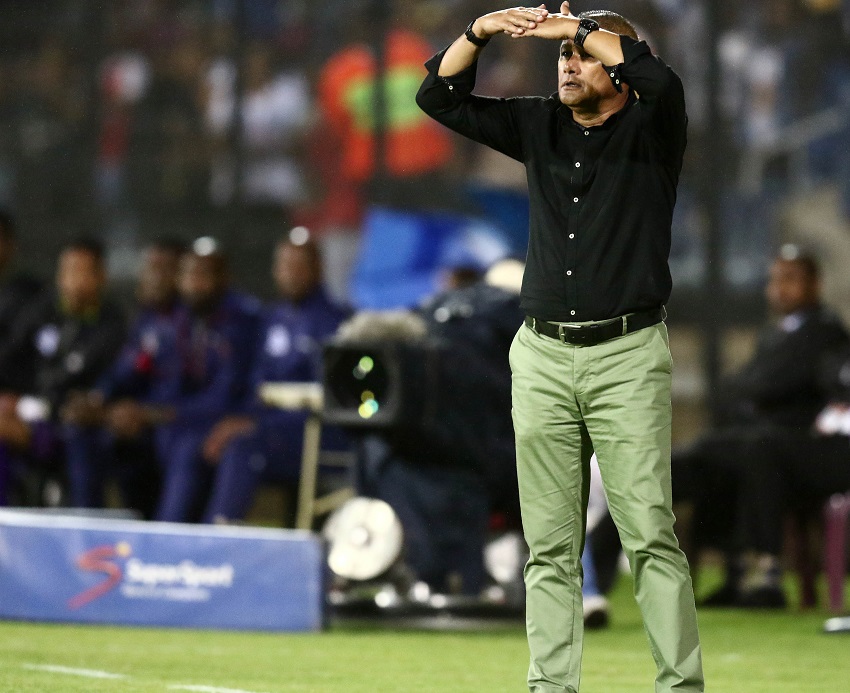 The announcement was made by Usuthu General manager Lunga Sokhela‚ who said the club had decided to release the veteran coach with immediate effect.

“We wish Mr. Johnson the best of luck in his career.

"The next focus for the club will be towards getting back on track since results have eluded us so far this season‚” Sokhela said.

Johnson’s axing follows that of Chippa United coach Clinton Larsen‚ who was released by the Port Elizabeth club on Monday.

Johnson spoke earlier about his frustration at the team not getting the rewards their play deserved.

“As a coach you have to be frustrated because when you look at the way we’ve played and the way we’ve conceded goals‚ then there is the frustration‚” he said.

“Every team wants to have three points in every game‚ whether they are a tavern team or a PSL team.”

He also expressed his belief that he would be able to turn things around for the team.

“It has to turn sometime‚ but whether it turns now or in two games time‚ I don’t know.

“I’m not a football God. If I had his telephone number‚ I’ll tell you when it’s going to change.

“But we spend a helluva lot of time on the football field‚ on different aspects of the game‚ how to control the game and how to win the game.

“When the ball doesn’t roll for you‚ you can try whatever … you can blow square bubbles … but it’s not going to help.”

AmaZulu have the coming weekend off but next host Kaizer Chiefs on Tuesday‚ September 24 in Umlazi.