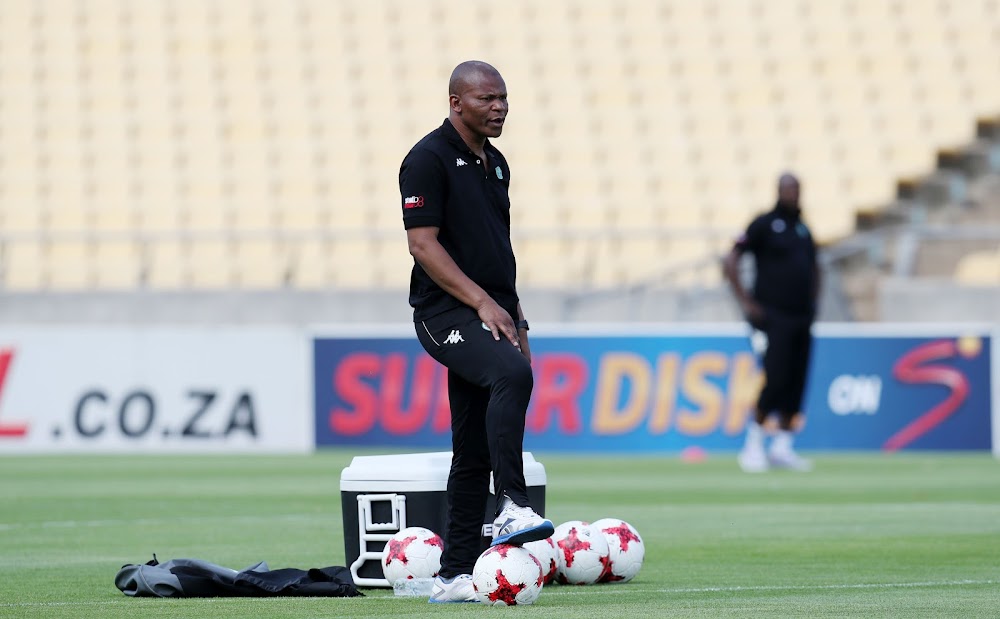 Bloemfontein Celtic coach John Maduka is very happy to have his team carrying the underdog tag going to Saturday’s MTN8 final against Orlando Pirates at the Moses Mabhida Stadium in Durban.

Phunya Sele Sele are in their second successive final in 2020 in less than six of Maduka's reign having taken over from Lehlohonolo Seema as the club’s head coach.

The Free State club lost 1-0 to Mamelodi Sundowns in the Nedbank Cup final at the end of last season in September and Maduka believes that experience will serve his players well in Saturday’s final even if it won’t change people seeing them as underdogs against the Buccaneers.

“We’re going there as underdogs‚” Maduka‚ said the former club’s skipper this week.

“We respect Pirates… it’s a good team‚ but at the same time we’re prepared to compete against them and we’re looking forward to the final.”

Celtic will be looking to win their fourth trophy and a first one since they won the Telkom Knockout in 2012.

Maduka was in the Celtic team that won the SAA Supa8 in 2005.

Maduka said the experience that some of his young charges gained in the final against Sundowns will help eliminate the stage fright in Saturday’s final against a Bucs side that is under pressure to end a six-year trophy drought.

“In the first final against Sundowns you could see that most of the players it was a very big stage for them‚” Maduka explained.

“If you look back to that game you could see that most of the players were not free that free. They didn’t express themselves enough.

“So going to this one it will help us because we know that we’ve been in this stage before and most of them it’s their second final.

“It will be totally different‚ you’ll see players having that freedom and it will be more different than the one we played against Sundowns.

“We just hope that we just take it to our advantage‚ give our best and play the game that we know and prepared so that we achieve our goal.

“That final that we played against Sundowns helped us a lot but this one will be a totally different ball game. We will compete.”

Maduka added that the two Caf Confederations games they completed with penalty shoot-out win against a Congolese side‚ Maniema Union‚ has also helped in sharpening his team for the final.

Celtic will now face Rivers United‚ a Nigerian team‚ in the first round of the Confed Cup after their victory against Union at the weekend.

“We’ve learned a lot in this competition of Caf and maybe you’ll see that in the final. They’ll fight all the way from the first whistle‚ that’s one thing that we’ve learned‚” said Maduka of their games against Union.

“There are so many things that we’ve learned in this competition. It gives us confidence also going into final.

“It was also a good experience for the young ones and players like (Jabulani) Ncobeni played very well. He’s one of the players that understand the game‚ comfortable on the ball and also at the very same time very intensive player who can make things happen at any time.

“So we’re happy that we have a well-balanced team‚ a team that can be able to compete with anyone else.”

Saturday’s final will kick off at 6pm.