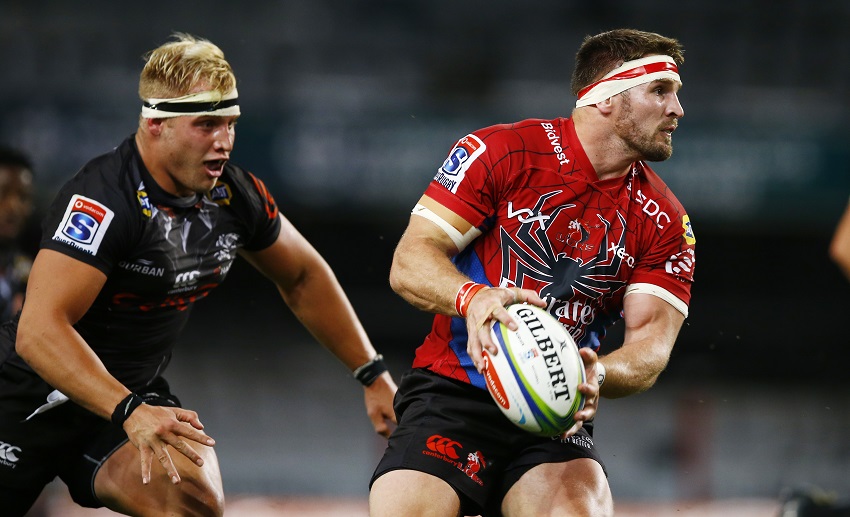 Jaco Kriel is back in the Lions team to take on Griquas in their Currie Cup opener in Kimberley on Saturday.

Kriel‚ who has been absent from the team after the death of his father last month‚ is back in the starting team where he will link up with Vincent Tshituka and Len Massyn.

On the bench the Lions will also welcome the availability of former Bulls flank Roelof Smit who has returned from injury.

“It is nice to get some of the senior guys back. Unfortunately he was unlucky to get injuries‚” said Lions coach Ivan van Rooyen about Smit. “We are excited he trained two‚ three weeks uninterrupted. He can play six‚ seven or eight. He gives us options‚” said Van Rooyen.

The team is without tighthead prop Carlu Sadie who the coach said is unavailable because of personal reasons. In his absence Ruan Dreyer will wear the No3 jersey.

Willem Alberts will be back at lock‚ while the same applies to EW Viljoen at fullback in the place of the injured Gianni Lombard.

Van Rooyen said his team was enthused about the challenge of playing Currie Cup rugby against usually prickly opponents in Kimberley.

“Guys like Elton (Jantjies) played two Currie Cup games in the past two years. Willem (Alberts) last played in 2013. Some youngsters as well. The guys are excited. There is a nice energy around the camp.”

Van Rooyen said his team has had to accept the challenges they have been presented this season.

“We trained well this week. This is a crazy year in terms of preparation and structure. We said whatever the challenge is we are taking it on. The expectation is to play well. We don't have a choice — we have to hit the ground running.”