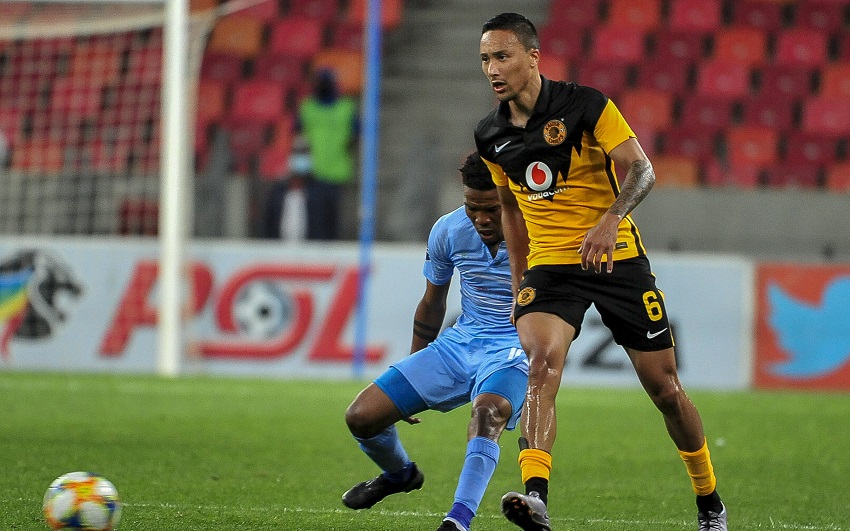 Midfielder Kearyn Baccus is back from a six-week injury and available for Kaizer Chiefs’ DStv Premiership match-up against Cape Town City on Saturday‚ while Lebogang Manyama is nearing match fitness‚ off-setting to some extent the loss of Khama Billiat.

As Chiefs face a tough January schedule – and also February‚ where their Caf Champions League group stage matches begin – coach Gavin Hunt is pleased to have some players returning after the club announced in the past week that playmaker Billiat is out for two months.

“Lebogang Manyama is back in training. He is still not yet match fit but it’s great to have more options‚ ” Hunt said.

“Erick Mathoho is observing Covid-19 protocols and is in quarantine after attending the funeral of his late father. Willard Katsande has also started training and Reeve Frosler is running around but no contact training as yet.

“The right-back position was a big problem for us‚ but Siyabonga Ngezana has done very well there so far.

“[Kearyn] Baccus being back gives you extra legs in midfield – obviously an area where we don’t have a lot of numbers. With all the games coming up‚ he is going to have to start sooner or later – we will see.”

Last season’s runners-up Chiefs achieved just their second win of the 2020-21 Premiership against AmaZulu at Kings Park on Wednesday to move from just above the relegation zone in 14th place to 10th.

Hunt’s team will be out to achieve a second victory against City‚ a team with quality all around the field and against whom Amakhosi’s match-ups have often produced exciting contests.

“They are a good football side. They are a difficult side to play against and a very well-run club that needs a lot of respect‚” Hunt said.

“The recent signing of Justin Shonga is a great move for them. He is someone many teams would have taken if they had the opportunity. He’s good striker‚ good finisher‚ quick and sharp. He will definitely add value for them.”