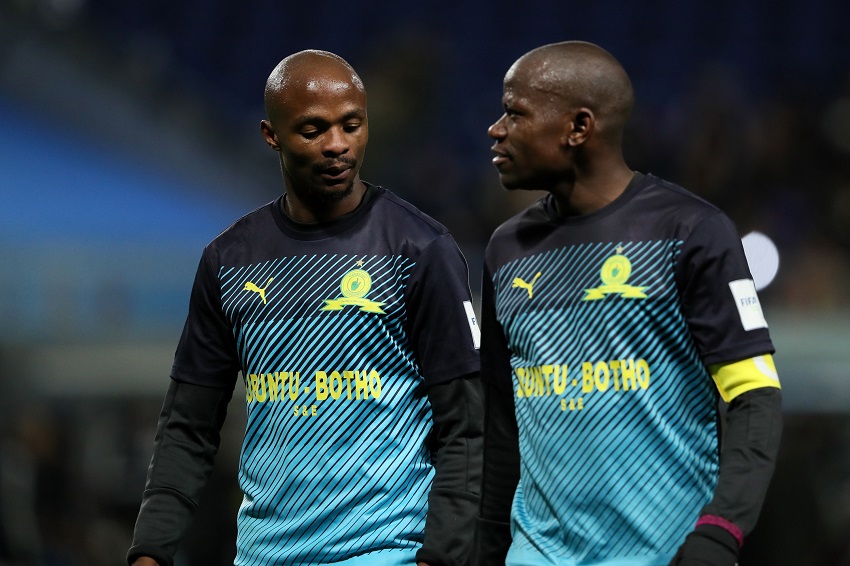 Mamelodi Sundowns defender Tebogo Langerman has opened up about his enduring friendship with teammate Hlompho Kekana that began when the two met at former club Supersport United about a decade ago.

Langerman said his captain at Sundowns is one of the few people in the world he can turn to when he needs advice and their bond has grown stronger with the passage of time.

“I have my mistakes and he is one person who will sit me down and advice me‚” said the 32-year-old Langerman‚ who is one of the most decorated footballers in the PSL with five league titles.

“When I have done something wrong he tells me straight and I value his advice. If it means calling me out in front of my teammates‚ he does it and there are no hard feelings because he has helped me a lot. He is always there when I need him."

Langerman shares a room with Kekana when they are in camp and he revealed that the tradition started during their days at SuperSport United. And while he still has a good relationship with retired former teammates Surprise Moriri and Teko Modise‚ it is his 'brother' Kekana who remains at his side.

“I spend a lot of time together with Hlompho‚" he said.

"Actually‚ since coach Pitso Mosimane arrived here at Sundowns‚ I have been sharing a room with him in camp.

"Other players do change their room-mates from time to time but we don’t change because he is like my brother. I also have a good relationship with Surprise Moriri and Teko Modise but because they are not with the first team anymore‚ I have Hlompho.

"My friendship with him (Hlompho) started from our days at SuperSport when we played there.”

The Sundowns fans sometimes give Langerman stick when his crosses from the left wing do not get into the right areas but he understands their frustration.

"I understand their disappointment sometimes when I do not the basics right‚ even myself in my head after a bad cross I know that I should have done better‚" he said.

"After a poor decision of execution‚ I always want to make sure that the next opportunity I do better and you will see them happy.

"I can say that the fans love me because of my commitment and if I don’t deliver a quality cross they become disappointed. They get disappointed because they trust me and they want me to do better because of my experience.

“To be able to deliver a good cross‚ I use the inside of my foot and if I want to spin it I make sure that I go around the ball. I also check the angle to decide which technique to use‚ but it needs concentration and most of the times you have to make a decision under immense pressure from the opponent.

"I watch the way Cristiano Ronaldo positions himself and shoots and I also used to watch Dani Alves. Locally I used to watch Thabo Matlaba because the way he played was very good.”