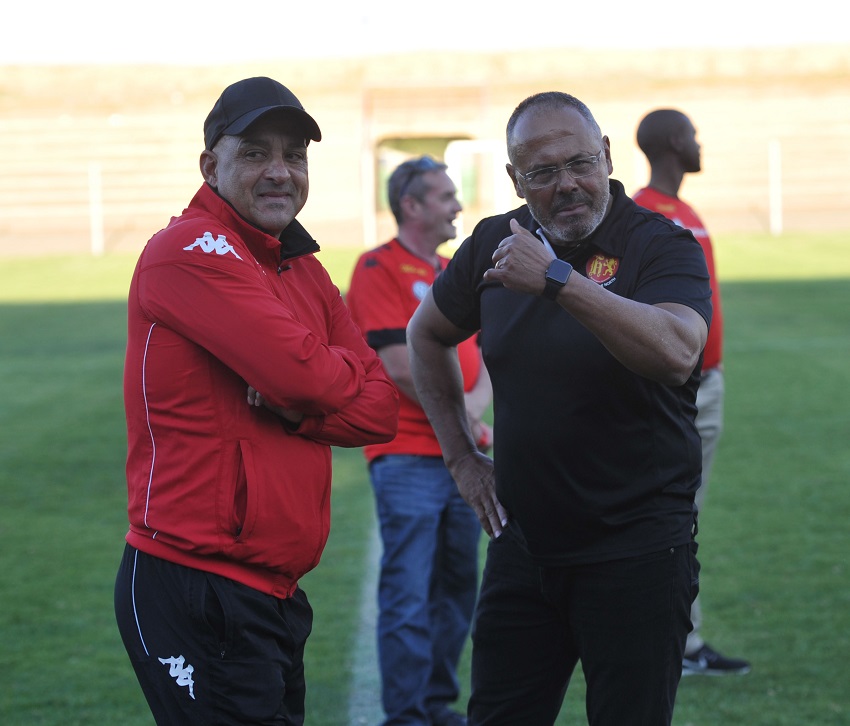 Highlands Park have received a big offer for the sale of their Premier Soccer League (PSL) franchise that will have to be considered if it can be substantiated‚ says co-owner Larry Brookstone.

Brookstone‚ the co-chairman of the Johannesburg club along with Brad Kaftel‚ was at pains to stress that Highlands are not for sale‚ nor is the club‚ or its sponsor‚ Hatfield VW‚ under financial pressure.

The offer is believed to have come from TS Galaxy owner Tim Sukazi‚ though he could not be reached for confirmation. Sukazi has been linked to Highlands’ franchise after a deal for him to purchase Bloemfontein Celtic earlier this year fell through.

Asked if Sukazi made the offer‚ Brookstone would only say: “It seems that everybody seems to be saying it is‚ so I must assume it is.”

Brookstone said the offer is “well above par”‚ and therefore cannot be turned down without serious consideration. However Highlands are seeking confirmation that the potential buyer can indeed come up with that amount of money before thinking of a decision.

“First of all Highlands Park is not up for sale. We had an unsolicited offer on the club‚” Brookstone said.

“And the offer we’ll consider if it’s deliverable. I think everybody in the world‚ if the offer is too good to believe‚ they’ll take it.

“If the guy can deliver this kind of money then‚ yes‚ we would consider it.

“How seriously will we consider it? You go into a Bentley showroom today‚ and be interested in a Bentley. So what? Can you pay the R4-million for it?

“This discussion ... I’m regretting that we even listened to this unsolicited offer‚ quite frankly‚ because there is this speculation and it unsettles my players and everyone around me.

“Because‚ ja‚ I would like a Bentley. Does that mean I can buy one?

“It’s not concrete. The offer is unbelievable. If they can deliver it then we will consider it.

“I’ve got a house on Linksfield Ridge I’ve lived in for 32 years‚ and I can tell you if someone came with this sort of offer on my home I would also consider that.

“I’ll tell you that in a weeks’ time if you hear that I’ve sold the club‚ know for sure that a guy delivered on an unbelievable promise.”

Brookstone said Covid-19 has affected the owners’ businesses‚ including Hatfield VW‚ but Highlands Park are far from shaky ground financially.

“Business is marginally down on very high turnover‚ dealing with public companies and massive corporations who are not affected by the situation‚” he said.

Highlands‚ in their previous incarnation a glamour team of white football in South Africa‚ were restored to top-flight soccer by former Silver Stars owner Brookstone and Kaftel.

Playing at their notorious Makhulong Stadium home ground they have had two strong seasons under coach Owen Da Gama since promotion back to the Premiership. Park finished seventh in 2018-19 and were positioned in eighth when the 2019-20 season was suspended due to the coronavirus in March.