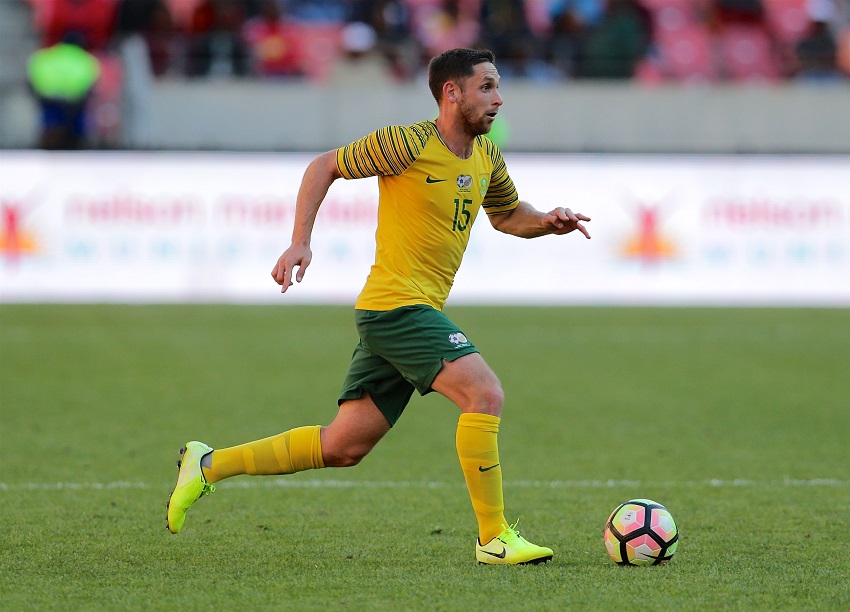 It was not the worst of starts for new Bafana Bafana coach Molefi Ntseki in his first competitive match, but it was not the best either as South Africa were out-muscled and out-manoeuvred by Ghana in a 2-0 defeat in Cape Coast on Thursday night.

Sudan - South Africa's next opponents at Orlando Stadium on Sunday - lead Group C of the 2021 Africa Cup of Nations qualifiers from a 4-0 home win against Sao Tome and Principe on Wednesday.

Ghana are in second place having convincingly edged all departments against a fighting, but ultimately outclassed Bafana at a packed Cape Coast Sports Stadium.

The South Africans put up a fight defensively, reflected by the fact that both Ghana's goals had to be scored from outside the box, from Thomas Partey in the 36th minute and substitute Mohammed Kudus in the 81st.

But the Black Stars ultimately profited from having enjoyed the lion's share of possession, territory and pressure, and far greater degree of confidence on the ball.

Ntseki opted for the stability offered by a three-man midfield - Dean Furman, Thato Mokeke and Bongani Zungu - of a 4-3-3 formation.

The system's dangerous front three of Percy Tau and Thembinkosi Lorch outside of Bradley Grobler offered the possibility of South Africa stealing a goal.

Ghana coach Kwesi Appiah had China-based centre-forward Emmanuel Boateng up-front with Jordan Ayew on the left and Andre Ayew a deep striker also drifting out to the right.

The Ayew brothers, the key cog and attacking force of this Ghana team, troubled SA with their touches and movement on and off the ball throughout a scrappy first half.

Ghana came out fired-up on a smooth surface in front of a small but noisy 15,000 crowd that packed the compact venue.

Still, the South Africans' best chance to take the lead came early when Tau's free-kick from the right was struck in low and fell to Grobler, who lifted his shot high through a crowded area.

Bafana suffered a blow when influential central midfielder Zungu had to go off injured, replaced on the half-hour by Thapelo Marena.

Ghana's goal came in a period when the Black Stars were trying to draw Bafana out, but they sat back.

Jordan Ayew turned his marker in left midfield in SA's half and rolled a pass to Partey who looked up and struck hard along the turf to beat a diving Ronwen Williams inside his right upright.

Tau put Morena through on the right of the box to shoot low at Richard Ofori moments before the break.

Ghana, with a goal's lead, could come out moving the ball around with greater fluidity and authority from the break. Bafana showed fight and structure to keep the Black Stars at bay.

SA looked capable of clawing back into the game. But with Bafana pressed deep by a now-stylish Ghana, Ntseki needed to introduce attacking impetus from his bench.

He brought on the physique and technical ability of Lebo Mothiba for Grobler (64th), and the skill and creativity of Kermit Erasmus for Lorch (71st).

There were some signs of a South African revival. But those were emphatically laid to rest by Black Stars substitute Mohammed - on for midfielder Alfred Duncan in the 62nd - advancing on a run and unleashing a monstrously-struck drive from 25 metres into the top-right corner.