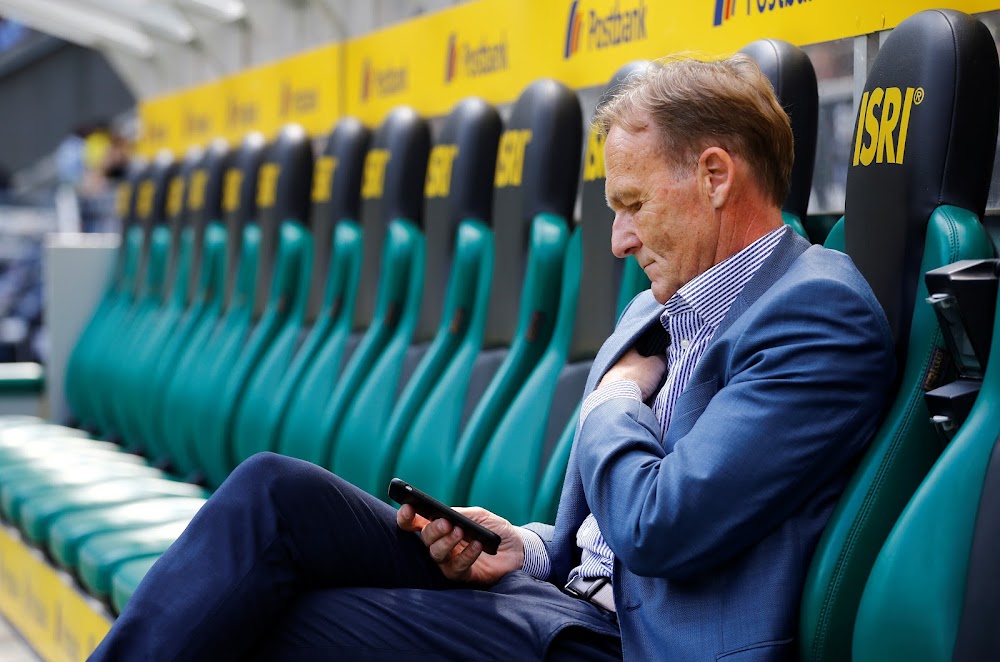 German football authorities are set to announce plans on Thursday for Bundesliga matches to restart in empty stadiums on May 9, but the potential first return of a major European league in the midst of the coronavirus pandemic is meeting some opposition.

Chancellor Angela Merkel's government is slowly easing nationwide restrictions and the resumption of the Bundesliga, which was halted on March 13, would boost morale in football-mad Germany.

It would also make the Bundesliga the first top-flight European league to begin playing again.

Large public events are banned in Germany until August 31, yet football could resume without spectators -- known as "ghost games" in a country that has more testing capacity than other in Europe and players could be tested regularly.

The 18 clubs have been back in training for three weeks, albeit in small groups with social distancing observed even on the pitch.

Having already been given signs of encouragement by politicians, the German Football League (DFL) is set to iron out details in Thursday's video conference meeting of the clubs.

Final approval could be given by Merkel and regional state premiers at a meeting on April 30.

The DFL is desperate for the league season to be completed by June 30 to ensure payment of the next instalment of television money, worth around $326m.

The cash could keep some clubs alive, with 13 of the 36 clubs in Germany's top two tiers reportedly on the verge of insolvency.

With fans across Europe locked out and the world deprived of football, the games could also attract TV audiences far beyond Germany.

Only players, backroom staff, stewards, media and officials will be allowed into grounds for games with numbers strictly regulated.

Some clubs are being innovative about the problem of potentially playing in near-empty stadiums.

Borussia Moenchengladbach have filled their terraces with life-sized cardboard cut-outs of fans.

Thomas Mueller said he was willing to be put in quarantine if it meant that football could restart again.

"As long as the rules are in line with the regulations, then us professionals will play.

"If necessary, in quarantine too. It is clear that football will submit to any rules in order to play," the Bayern forward told Sport Bild.

However, the restart is unpopular in some quarters.

Critics point to figures of more than 140,000 cases of coronavirus and over 4,500 deaths in Germany as proof that football is inappropriate.

Restarting the season in the middle of the pandemic "would be sheer mockery for the rest of society" according to supporters' group Fanszenen Deutschlands, who accuse the clubs of greed.

"Professional football has long been sick enough and should continue to be quarantined," it said.

Football "cannot act in isolation from the situation in society as a whole," it said. "If the game continues like this, we're out!"

Germany's police union has meanwhile voiced fears of fans gathering in large groups despite a ban on assemblies.

Even some players are uncomfortable about returning to action.

"There are more important things than football at the moment," said Bayern Munich defender Niklas Suele.

In Berlin, Union forward Sebastian Polter said "nobody wants ghost games -- no player, no fan" even if they appear to be the only option to complete the season.

It will also take around 20,000 tests of players and backroom staff to be able to complete all the remaining matches.

Germany has a testing capacity of 550,000 per week, so 20,000 tests spread over the nine remaining Bundesliga matchdays seems manageable.

However, the Robert Koch Institute, which advises the German government, sees things differently.

"I think the tests should be used where it makes medical sense," the institute's vice-president Lars Schaade said on Tuesday.

"I do not see why certain population groups, whether athletes or otherwise, should be routinely screened."

Nevertheless, it seems highly likely the Bundesliga will return next month.

Christian Seifert, the Bundesliga's CEO, has said the league's clubs and stars have a duty "to repay the trust" shown by the politicians.

Senior figures at Bayern Munich, who have a four-point lead at the top of the league, Borussia Dortmund and RB Leipzig have expressed similar gratitude.

"This is a great leap of faith," said Dortmund CEO Hans-Joachim Watzke.

"Football is an opportunity to give millions of fans a little more zest for life again."

Government must step in and revive the school, says Steven Pienaar