FIRST DRIVE | Is the new 2020 Honda Ballade a worthy adversary to the Toyota Corolla and Mazda 3? 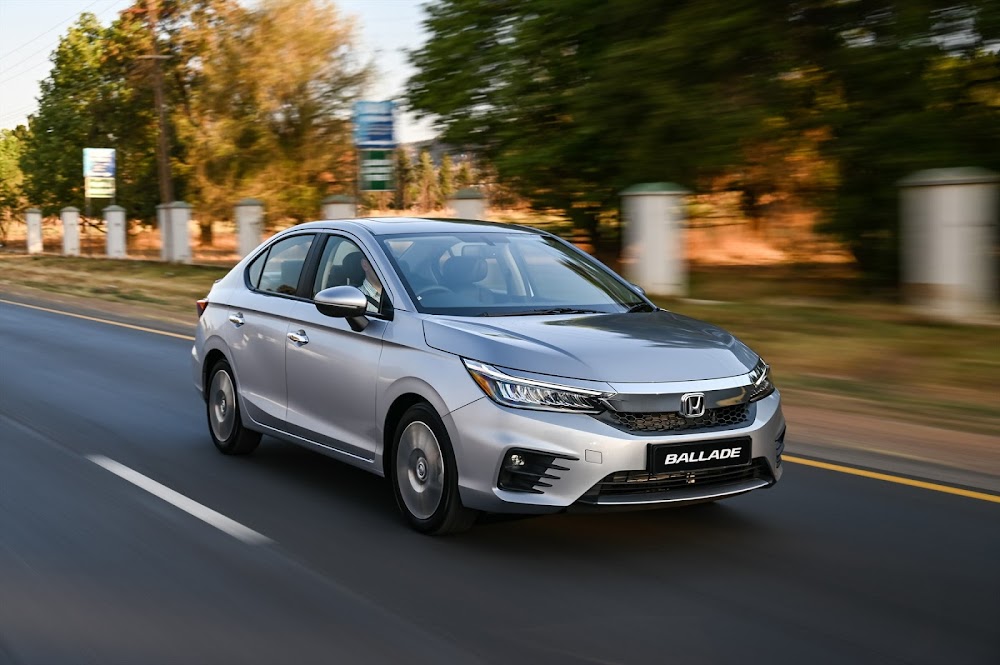 The short answer to the question posed above is no. But before we address the glaring impediments to the success of the new Japanese sedan, we need to get nostalgic for just a second.

The Ballade is a nameplate with which the South African public is au fait – we all have some experience with the moniker, first seen in 1980. For me, that was being driven home in the school lift club by the mother of a classmate in her brown second-generation model. The interior was brown as well.

Pop-up headlamps were the redeeming feature for this frumpy sedan, which had the internal designation of SC9. A reminder that there was even an AMG-badged version of the Ballade!

Mercedes-Benz South Africa were the custodians of the brand at the time and saw it fit to commission some Affalterbach-inspired potions for the model.

Elsewhere in the world, the Ballade was known as the Civic. We saw the Civic moniker officially when the sixth-generation car was brought here in 1996.

The Ballade handle was applied to the three-box body format while Civic adorned the boot of the hatchback counterpart. Honda dropped the Ballade title altogether when the seventh-generation Civic arrived: both the sedan and hatchback now employed the Civic name. Nearly done with this unpacking of semantics – it will all make sense in a bit.

In 2011, Honda revived the Ballade name, wanting to give a strong identity to its contender in the compact B-segment sedan genre. This car was called the City in other markets. The Ballade was completely detached from the Civic, which had since moved towards a more upmarket tranche, where it continues to operate.

Confusingly, Honda said that its new 2020 Ballade would be taking a “premium” angle too, stating some rather ambitious intentions to go toe-to-toe with rivals that are easily going to leave it with a fractured septum.

Even more confusingly, the advertising campaign for the car traces the lineage of the Civic (even the models we did not get here, like the two-door Civic Si) as if they were all part of the Ballade timeline.

Great, but what happens when they have to do a campaign for the real Civic, which, by the way, is still very much a part of the product portfolio?

This misstep in positioning is a pity because before hearing about its price and stated competitors, my impression of the new Ballade had been rather positive. Settled behind the wheel, the idea in my mind was that the Toyota Corolla Quest, Suzuki Ciaz and sedan variants of the Volkswagen Polo, Fiat Tipo and Hyundai Accent would have something to worry about here.

But with pricing starting at R336,500 for the 1.5 Comfort CVT and an eye-watering R396,900 for the 1.5 RS CVT, the presence of the Ballade on any short-list would be laughable. For little over R10,000 more than the RS, you could literally hop a segment up into the Civic 1.8 Comfort CVT.

Wait a second. RS? Nearly R400,000 for a car with sporting pedigree, sounds like a palatable deal?

Hold your horses. That RS suffix on the tailgate does not mean what you think it does. In the Honda lexicon, RS stands for Road Sailing (we are not making this up) and they say it is their answer to equivalently semi-high-performance model tiers like R-Line from Volkswagen, ST-Line from Ford or GR-Line from Toyota.

Aesthetically, it is distinguished from the Comfort and Elegance grades by (slightly) more aggressive styling, a boot spoiler, mesh grille and different fog-light housings. It packs more in the way of kit versus the other two, boasting a sunroof, a seven-inch instrument cluster display screen, rear-view parking camera and keyless-entry.

Power across the range comes from a 1.5-litre, normally-aspirated, four-cylinder petrol unit. It produces 89kW and 145Nm. This is coupled with a continuously-variable transmission. This is a combination that performs as drearily as you might expect. On the plus side, the leisurely momentum of the Ballade afforded a better opportunity to bask in the beauty of the Western Cape.

It would make a great rental companion, but then, so would the vehicles we mentioned earlier – and for less money. Unfortunately for the Ballade, its makers have burdened it with aspirations that are simply unrealistic.