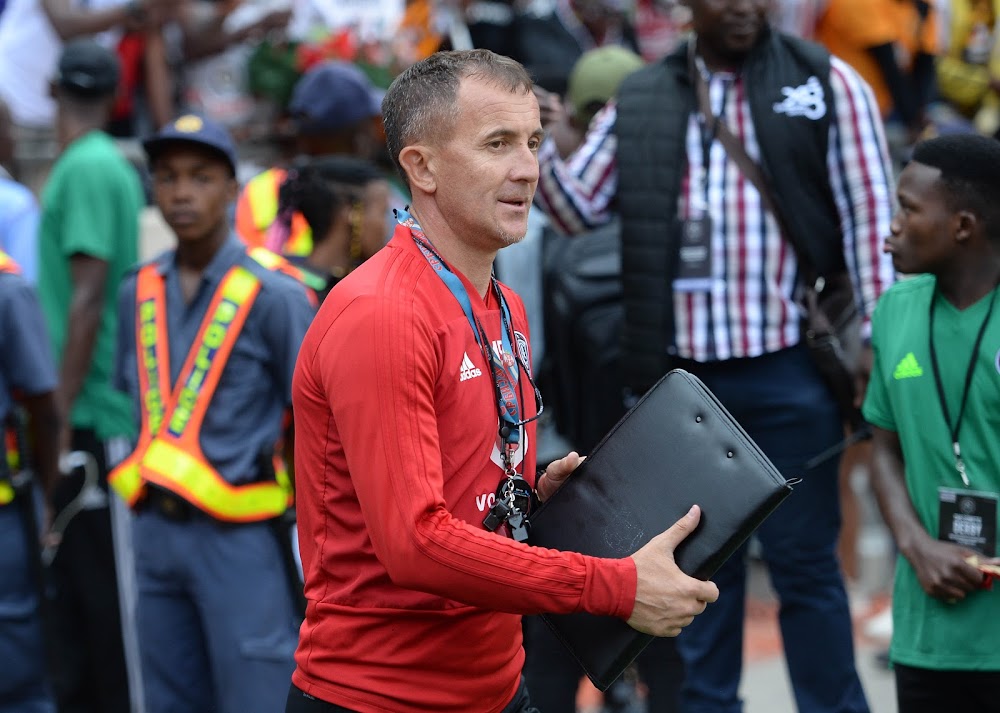 “My soul is in pain,” was Milutin Sredojevic’s characteristically emotional response at having resigned on Friday as coach of Orlando Pirates.

The coach’s resignation was announced in a bombshell statement on Pirates’ official website late on Friday night.

Contacted by TimesLIVE on Saturday morning, Sredojevic was already in Istanbul, Turkey, in transit to his home country Serbia, where his mother is seriously ill with breast cancer.

The 49-year-old said he could not preempt any official announcement that would be made by Pirates on his reasons for leaving the Soweto giants in such abrupt fashion, on the eve of Bucs’ 6pm MTN8 quarterfinal against Highlands Park at Orlando Stadium on Saturday evening.

“I can’t explain and I have no right to comment. My agents have remained [in South Africa] to complete the separation agreement,” was all the coach could say.

He also could not comment on confirming the exact time on Friday when he had resigned.

The coach has refuted a report in the Egyptian media that he has already been announced by that club as being set to sign as the Cairo giants’ new coach.

Sredojevic leaves having not fulfilled, in two full seasons, his ambition of winning a trophy for Pirates, which would have ended a barren period of silverware at the Buccaneers stretching back to the 2014 Nedbank Cup (when they beat Bidvest Wits 3-1 in the final).

“My soul is in pain. But what to do when a coach’s bags are always half-packed,” he told TimesLIVE.

“When one horizon closes a new one opens. And life is really like that.

“One thing is for sure, that since the first day I have given my level best for Orlando Pirates.”

Sredojevic was appointed in his second stint as Pirates coach (his first was in 2007) in early August 2017, just two weeks before the start of the 2017-18 season.

He immediately restored Bucs – embarassingly placed 11th in the Absa Premiership the previous season – to competitiveness as they finished runners-up, five points behind champions Mamelodi Sundowns.

Last season Bucs lost on penalties to Baroka FC in the Telkom Knockout final, and were second-placed again, this time by two points, to Sundowns in the league.

They won their PSL opener 3-1 against Bloemfontein Celtic at Orlando Stadium, then on Saturday lost 1-0 against Zambia’s Green Eagles in the first leg of their preliminary round Caf Champions League tie.

On Wednesday night Bucs were poor in defence losing 3-0 against hoodoo team SuperSport United in a league defeat at Mbombela Stadium.

Wits are still in the Hunt