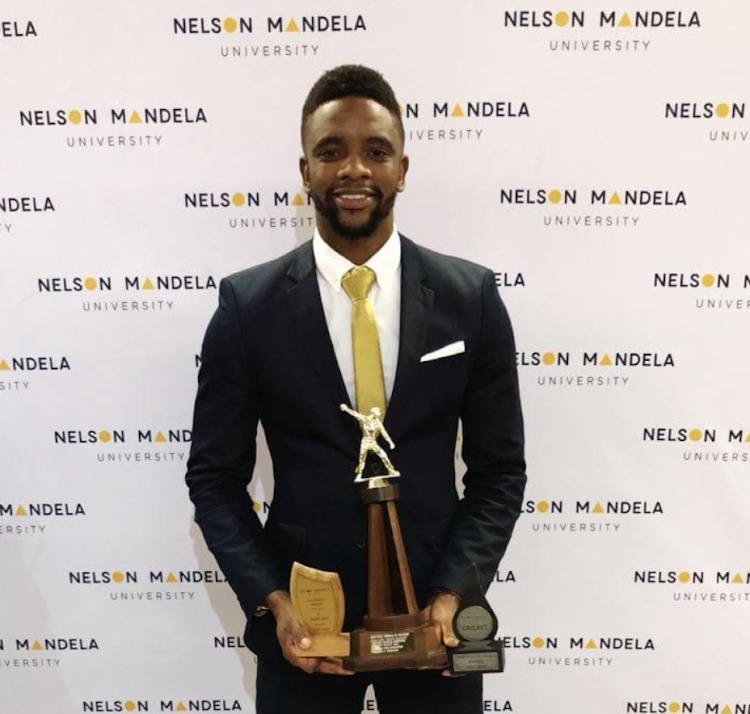 Eastern Province cricketer Solomzi Nqweni hopes to be back in training next year when he shakes off the effects of the rare but serious Guillain-Barre Syndrome.

The 26-year-old all-rounder was also diagnosed with the novel coronavirus (Covid-19)‚ but has recovered and tested negative.

Nqweni represented Eastern Province at first-class‚ List A and T20 level until last year‚ but hasn’t played any cricket since his stint with Aberdeenshire in Scotland where he was struck down by GBS.

“I’m only 26 and if I’m back on my feet by the beginning of next year‚ that’ll give me six months to get fit and get into cricket shape. I’ll work on my body and fitness again over the year and by the following year‚ I’ll be 28 and I’ll still have another seven years of cricket left in me‚” Nqweni said.

“I don’t think it’s a closed door. The first goal is to get healthy so that I don’t have to rely on anyone.

“I’ve got a 24-hour care-worker who looks after me because I can’t do a lot of things by myself. I’m looking at next year as the year where I get strong again and play at club level. From there‚ I’ll push to play at professional level again.”

“I haven’t done hydrotherapy since the lockdown began. They’ll be opening up soon because of the level three lockdown‚” Nqweni said.

“I do my therapy in the pool‚ which is exciting because there’s a lot you can do in the pool as compared to when you’re on firm territory because of how weak GBS makes you. I hope I’ll be starting on Monday.”

Nqweni said his family have been under strain because of his sicknesses‚ while saying doctors have told him there isn’t a specific healing period for GBS.

“It’s been a stressful journey for everyone because the kind of diseases that I’ve got‚ they are rare. GBS affects one in 100‚000 and they haven’t found a cure for Covid-19. It’s been stressful for my family because they’ve been worried about the unknown‚” Nqweni said.

“With GBS‚ doctors say it takes about 12 to 18 months to recover but it’s not a fixed thing. Some people take longer or they recover in a shorter space of time.

“With the improvements that I’m making‚ it makes my family feel better. It makes me feel like I’m one step closer to being back on my feet again.”