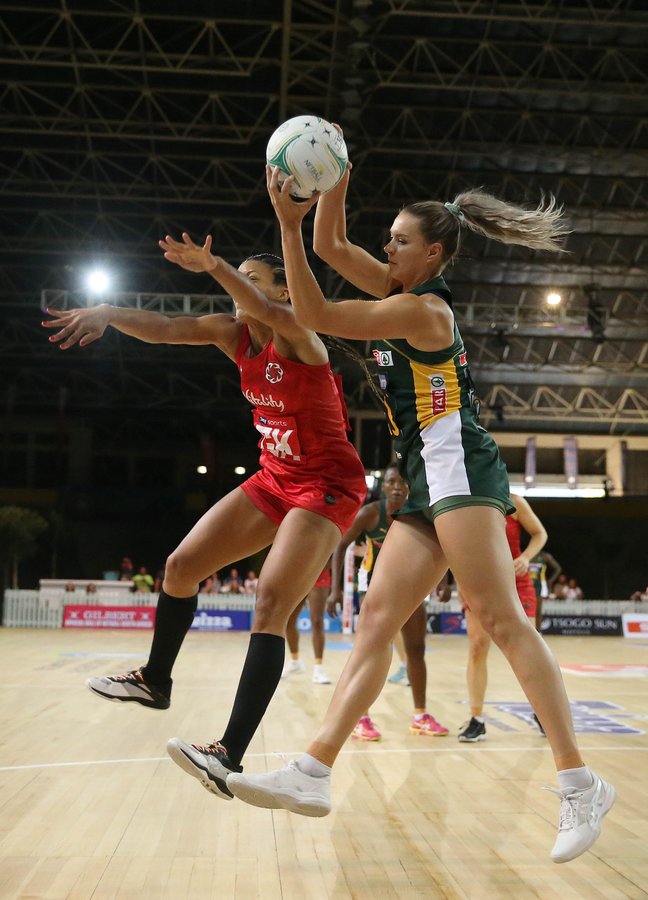 England Roses have taken a 1-0 lead in this three match series which continues on Saturday (3pm) and Sunday (1pm) at the same venue where South Africa will be looking to make a comeback.

After four quarters of pulsating netball that was played in front of an enthusiastic crowd, the two teams could not be separated after regulation time as they were deadlocked on 51-51.

Umpires had no choice but to call the players to return to the court for extra-time of 15 minutes where the England Roses, who dominated for most parts of the match, finally prevailed.

England started the match promisingly by taking advantage of the South African defence that took time to settle into the game and they finished the first quarter leading by three goals (15-12).

For the home side, experienced Lezine Potgieter scored nine points while Renske Stoltz made a useful contribution of three on the scoreboard board to keep the England Roses in check.

England continued to dominate proceedings in the second quarter and they went to half time break leading by five goals (28-23) as they continued to give the South African defence problems.

South Africa’s ten goals in the second half came from the efforts of Potgieter who benefited from the attacking moves of captain and wing attacker Bongi Msomi, centre Rome Dreyer and defender Shadine van der Merwe.

South Africa improved dramatically and they ended the third quarter with a one goal lead (40-39) where Potgieter continued to be impressive and she was supported by substitute Lefebre Rademan.

Rademan, who came in for Stoltz, had her moments on the attack as South Africa put the defence of their visitors,  that was marshaled by goalkeeper Stacey Francis, under pressure.

At the end of regulation of what was a highly entertaining match, they could not be separated but England prevailed after extra time to take the lead in the series.