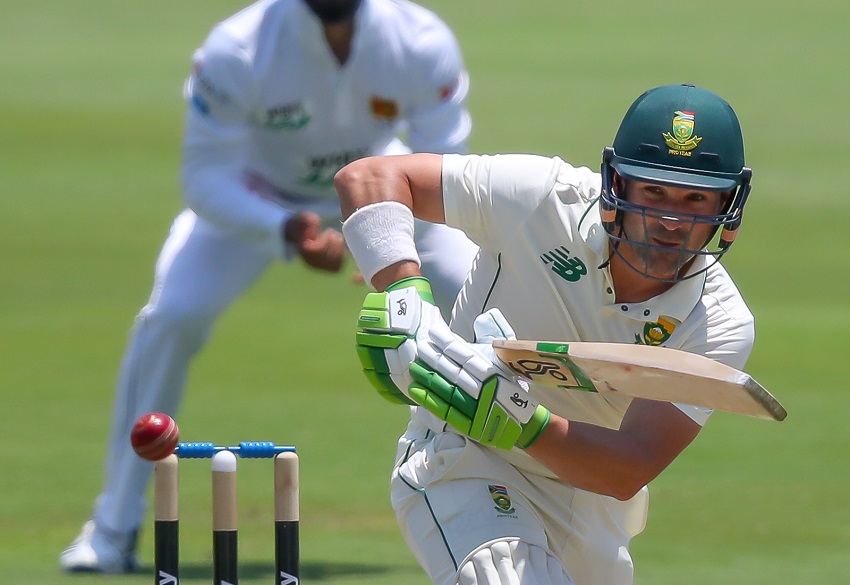 Sipamla and Mulder outshone their more experienced teammates Lungi Ngidi‚ Anrich Nortje and Keshav Maharaj during the first innings as SA bowled out Sri Lanka for 396 on day two.

Debutant Sipamla ended with figures of 4/76 and he was supported by Mulder‚ who ended on 3/69‚ as Ngidi and Nortje struggled to find their rhythm with a scalp each and Maharaj was empty-handed.

“It’s great to see the young guys take their opportunities. It’s great to see a guy like Lutho playing well in his debut and Wiaan standing out because he has missed a lot of cricket recently due to injuries‚” said Elgar‚ who was bowled out five shy of what could have been his 13th century as SA were set to resume on Monday on 317/4.

Elgar said he was impressed with Sipamla’s character as he overcame a sluggish performance on the opening day to play an important role for the team on day two.

“I think the character of the individual stands out for me. He could have got into his shell but his character is not that of lying down.

“Pretty much the whole Proteas environment tells you that you need to step up, and I am extremely excited to see him stand up. He put the ball in the right areas and the ball spoke brilliantly for him and for us.

“This is what happens at SuperSport Park because if you put the ball in the right areas‚ you are going to find yourself asking a lot of questions. So‚ it’s good to see the character which the coach spoke about.

“Even a guy like Wiaan came in – he has been missing for so long with injuries that he has suffered in his career.

“It feels like every time he was called up to the squad‚ he withdrew because of injuries. It is sad but it is also part of the game and it was good to see him put his hand up.”

More than 700 runs have been scored over the two days at a run rate of more than four runs per over, but Elgar said the wicket has not always been good for batting against the fast bowlers.

“You will think the wicket is actually flat but it’s not. There has been quite a lot of assistance for the bowlers throughout the last two days.

“I don’t think the scores are a true reflection. There has been a lot of assistance for the seamers.

“At SuperSport Park the margin of error for a bowler is so small and if you miss your mark you are going to go for runs. If you get it right you will get your reward, as you saw with Lutho in the morning of day two.”