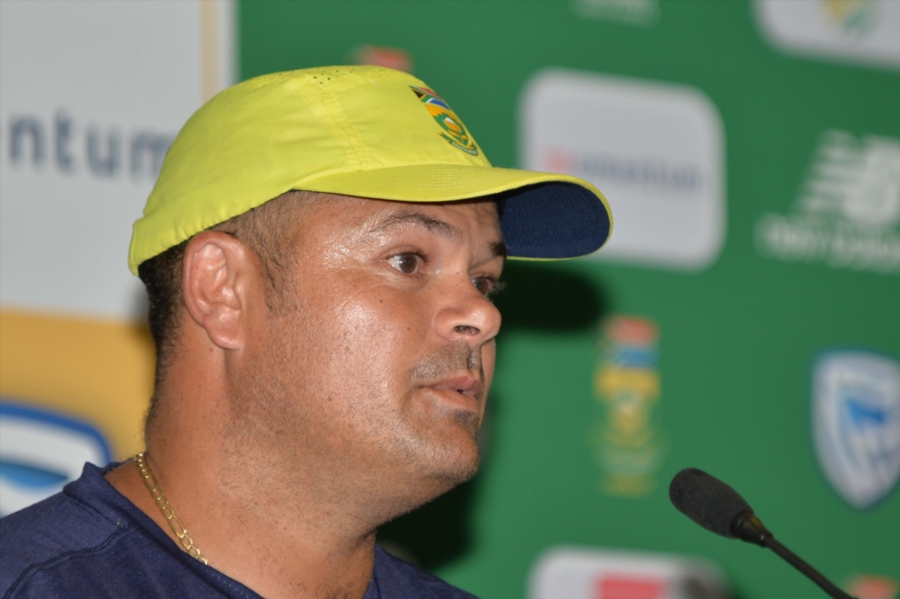 The Proteas’ strength in bowling depth is a little untested and Covid-19 has just added to that frustration.

Bowling coach Charl Langeveldt was supposed to put some fringe bowlers through their paces at a bowling camp starting this week but their plans have had to be put on ice.

“We’ve been looking around the country for young and upcoming bowlers‚” said Langeveldt.

“We were supposed to have a camp starting on the 19th of April for six days and that had to be cancelled. We are definitely looking for young upcoming fast bowlers. You know you have to have replacements for when someone gets injured at international level.

"We want to upskill these bowlers. A few names popped up like Lifa Ntanzi‚ Gerald Coetzee‚ there’s Glenton Stuurman‚ Stefan Tait and then obviously Lutho Sipamla‚ who has been brilliant in the national set-up‚” noted Langeveldt.

“There are few names you want to work for with. These are the guys who will be the backup for national team and we want to up skill them. We want to speed up that process.”

Langeveldt said he is meeting fellow coaches and players this week to determine a suitable date for the bowling camp.

“It is exciting that guys are putting up their names for the national team‚” said the former bowler.

Although the Proteas won just one of the five series they have been involved in since the start of the year‚ Langeveldt is remarkably sanguine about the bowling department since he joined the coaching ranks from Bangladesh last December.

The Proteas lost the Test series against England 3-1‚ the ODI series finished all square before the tourists claimed the T20 series 2-1.

Australia then won the T20 series 2-1‚ before South Africa won the ODI series 3-0. It is the latter series Langeveldt choses to draw most from.

”I really enjoyed how we competed as a young bowling attack at an international level‚” he said.

“All round everyone chipped in. Where we came from starting in December and where we ended up‚ I think Cricket South Africa can be really proud of what they did on a domestic level to get these players through.

"That’s where these players come from and they showed a lot of maturity which is a big plus for us going forward.”

Following the global spread of Covid-19 the Proteas’ tour to India was abandoned while their tour to Sri Lanka scheduled for June has been postponed.

Bulls' Nonkontwana's heartbreaking tale: How his first game his dad watched was also the last

Mkhwebane takes exception to police statement on her investigating process