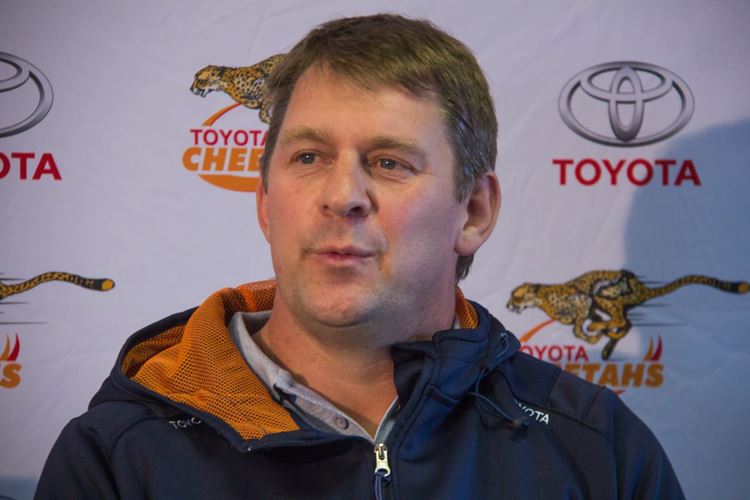 Even though they had been expecting bad news‚ it was still like a punch to the gut when the Cheetahs heard they would not be playing in the Rainbow Cup‚ coach Hawies Fourie said.

While the Cheetahs are actively seeking new international competitions to play in‚ the Bulls‚ Sharks‚ Lions and Stormers will now join the 12 Europe-based PRO14 teams from next April in an expanded competition — the Rainbow Cup.

The PRO14 will end its March 27 final, and the new Rainbow Cup is set to launch on April 17 and will consist of two pools of eight teams — the 12 current PRO14 sides and four SA additions.

“It is bad and it has been bad for a long time‚” Fourie said.

“We have learnt to live with it‚ but I think in all of our hearts we would have wanted to be a part of that competition.

“But it’s not destined for us and we have made peace with the matter and have moved on.”

Despite being rejected from the PRO14‚ the Cheetahs kept their hopes of securing a berth in the Currie Cup semifinals with a 37-10 win over the Sharks on Sunday.

A philosophical Fourie said it wouldn’t do any good to dwell on the matter of his team's rejection.

“But it has been a heavy blow to our union and we have lost many players because of the decision to exclude the Cheetahs.

“But we will build again from where we are now.”

Each SA team will make a three-match tour to Europe in the Rainbow Cup‚ while all 12 Guinness PRO14 clubs will play in SA. The tournament concludes with a final on June 19.

“The inclusion of SA’s Super Rugby Teams in the Rainbow Cup is a step in a new direction for us‚” SA Rugby CEO Jurie Roux said.

“After so much turmoil and uncertainty in 2020‚ the prospect of a return to top-flight international domestic competition is one to which we all can all look forward with real excitement.”

Roux said discussions regarding a long-term partnership remained ongoing and an update would be provided at the appropriate time.

“The timing of the Rainbow Cup is perfect‚” he said.

“It will finally get our Super teams back into international competition after a year’s absence and comes at the ideal time as preparation for the tour by the British and Irish Lions.

“It will be a step-up from domestic competition and remind our players of the different type of rugby they can expect when the Lions are here.

“Our players will be facing many of the players who will be in Warren Gatland’s squad and it will be very interesting to see how our players adapt to the challenge.”

The two pools of eight will be made up of two Irish‚ two SA‚ two Welsh‚ one Italian and one Scottish club.

Each team will play one game against each pool opponent and the sides that finish top of their pools will face off in a final.

“Having coached in Ireland with Munster‚ I know what our players can expect‚ and it will be very different to Super Rugby‚” Springbok coach Jacques Nienaber said.

“The rugby is unbelievably tough and will ask different questions of our players. It will be a highly competitive competition and will be a real learning curve for our coaches and players.”

Martin Anayi‚ CEO of PRO14 Rugby‚ said: “With a British & Irish Lions tour to come it is hard to think of anything better to whet the appetite than the best players from the Celtic regions competing against World Cup-winning Springboks in the Guinness PRO14 Rainbow Cup.”