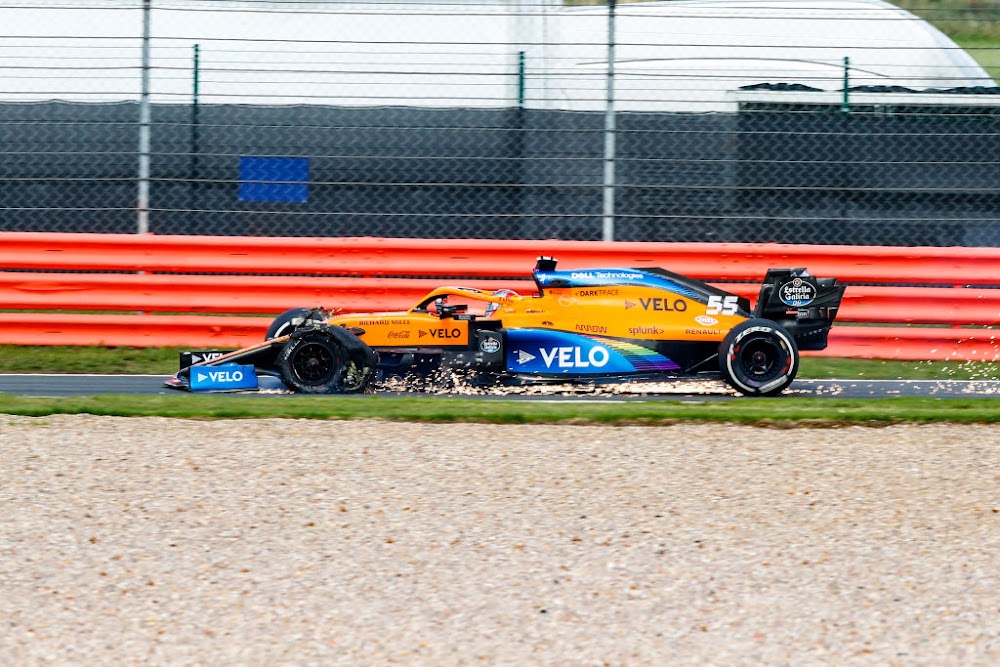 A tyre problem that nearly cost Lewis Hamilton a record seventh British Grand Prix victory last weekend was due to a particularly long final stint on one set, Pirelli said on Tuesday.

Six-time Formula One world champion Hamilton won the race at Silverstone on three wheels and a flat tyre after his front left deflated on the final lap with some 3.8 km between him and the finish.

Teammate Valtteri Bottas dropped from second to 11th after a similar problem a lap earlier, while McLaren's Carlos Sainz plunged from fourth to 13th.

"The key reason is down to a set of individual race circumstances that led to an extremely long use of the second set of tyres," sole supplier Pirelli said in a statement after conducting an initial analysis.

The company pointed out that nearly all teams brought forward their planned pit stop when the safety car was deployed for a second time, meaning they did around 40 laps - more than three quarters of the 52 lap race - on a single set of tyres.

Silverstone is also one of the fastest and most demanding tracks.

Pirelli said the final laps had been particularly tough "as a consequence of the biggest forces ever seen on tyres generated by the fastest Formula One cars in history".

It added that the front left tyre, which takes more punishment than the others at Silverstone, had been under "maximum stress".

Silverstone hosts another race this weekend, the 70th Anniversary Grand Prix. Pirelli said softer compounds would be used, which should rule out such long stints and turn it into a likely two-stop race.

"Also the usage prescription will be reviewed, increasing the minimum tyre pressures to reduce the stress on the construction," it added.

Despite reduction in fatalities SA is still blighted by road deaths, says AA