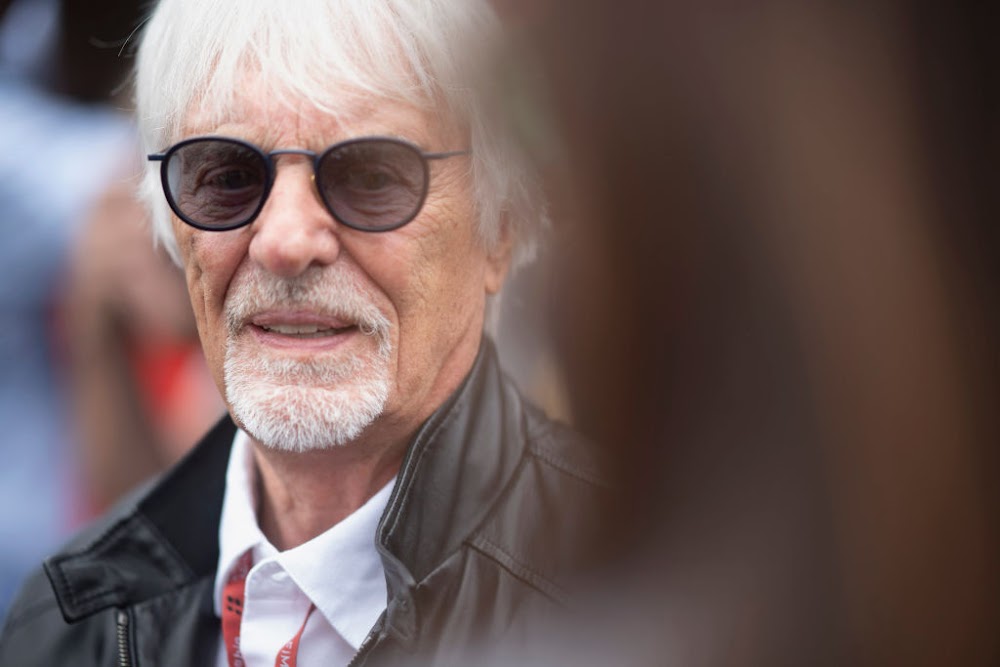 Bernie Ecclestone holds little hope of Formula One racing this season due to the coronavirus pandemic and said he would have declared it game over already.

The 89-year-old former F1 supremo, speaking to Reuters from the seclusion of his locked-down farm in Brazil, also saw no chance of the British Grand Prix going ahead at Silverstone in July.

“Today what would I do? I think I’d have to say we’re going to close down talk of having any races this year,” said the Briton.

“That's the only thing you could do safely for everybody so nobody starts making silly arrangements which may not be able to happen.”

Asked whether that meant effectively wiping out the season and saying there would not be any races and focus on 2021, he agreed.

“Which is what they had to do for the Olympics of course. It’s unfortunate but that’s how it is,” added Ecclestone.

The Tokyo Olympics scheduled for July-August were this week postponed to 2021 due to the pandemic.

Formula One has said it hopes to run a reduced season of 15-18 races, starting sometime in the summer, but Ecclestone — who drew up the calendar for decades until he was ousted in 2017 — was pessimistic about the chances of that happening.

“I’d be very, very, very surprised if they managed to achieve that,” said Ecclestone, the sound of a chicken clucking loudly in the background.

“I hope they do. I really hope they do. They could run three or four races at the beginning of next year and still count to the 2020 championship.

“The problem is where are you going to have them where the teams can go and the promoter wants to run a race.

“It’s all very well making the calendar, which you can do while you wait. The big problem is getting the promoters to want to run the race.”

Ecclestone said he felt sorry for the people having to make decisions without knowing when the coronavirus crisis might end.

“If you relied on our man in America, (president) Donald (Trump), he says it’s all going to be OK. I’m not sure. Maybe he’s got some information we haven’t got,” he added.

Monaco Grand Prix organisers have already axed their race, making this the first year since 1954 without the glamour highlight, while the season-opener in Australia was also cancelled.

Formula One, whose commercial rights are owned by US-based Liberty Media, started the year with a record 22-race calendar but now has six rounds to reschedule — Bahrain, Vietnam, China, the Netherlands, Spain and Azerbaijan.

More races look sure to be postponed, with all motorsport in Britain suspended to the end of June and races in Canada, France and Austria due before Silverstone and waging their own battles with the disease.

The British Grand Prix is scheduled for July 19 but the July 9-12 Goodwood Festival of Speed, which attracts more than 200,000 people, was postponed this week. “Silverstone can’t run, for sure,” said Ecclestone, who had spoken to Goodwood owner Charles March, the Duke of Richmond, about the festival.

“That had to go. For the same reason. Who’s going to go there?," he added.

However, the billionaire, who tried his hand at racing in the 1950s and then became a team owner before running the commercial side of the sport and transforming it into a $1 billion business, did offer a glimmer of hope.

“It could be a good opportunity for Liberty to really get control of everything, take over from all of the promoters and cut the costs immediately to teams, so they are going to need about 70 people instead of 700,” he said.

Mercedes to share F1 reserves with McLaren and Racing Point