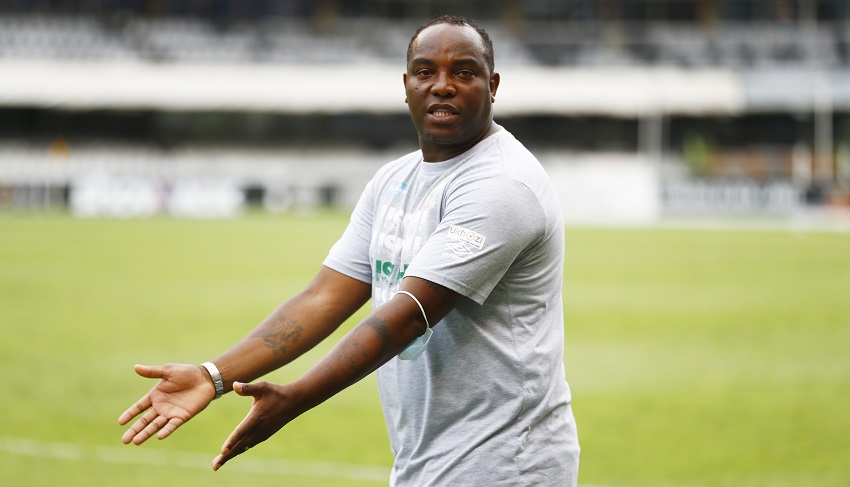 Benni McCarthy is letting his frustration be known after seeing AmaZulu FC dominating game after game but failing in the end to add to their two DStv Premiership victories this season.

The Usuthu coach has urged the club’s new management to look at strengthening the squad in the current January-February transfer window as he feels Usuthu might be short of a player or two who are capable of finishing all the opportunities they create.

“Hopefully now that the transfer window is open the chairman [Sandile Zungu] does see that it’s necessary that we add to the squad because the squad is good but there’s still pieces of the puzzles that are missing‚” said the former Bafana Bafana striker.

“Hopefully we’ll be able to go into the market and bring in someone who wants to take leadership in this team and go and win games for us.

“As coaches we just have to continue to work‚ frustrating or not frustrating‚ but that’s how it is.” The former Cape Town City coach has been in charge for all four of Usuthu's matches this year and has been left with more questions than answers as to what more he needs to do to ensure his charges finish off the job after creating enough chances to win the games.

From McCarthy’s first game against Bloemfontein Celtic (1-1) the club had control of the proceedings‚ but in the end they only had the point to show for it.

Even in the 1-0 home loss against Kaizer Chiefs‚ in what was McCarthy’s second match on the bench‚ Usuthu had chances to win but fluffed all of them.

The last two matches‚ against KZN neighbours Maritzburg United (0-0) and Wednesday's away tie against SuperSport United (1-1)‚ were more galling for McCarthy as he saw his team boss both possession and shots on goal‚ but again fail to get a first victory under his leadership.

“I think it’s becoming now the same old‚ same old story‚” McCarthy said after AmaZulu gave away a penalty and the lead in the 77th minute against SuperSport at the Lucas Moripe Stadium on Wednesday.

“When you play well‚ you dominate games‚ you create the chances - clear cut chances - and players just take for granted that we don’t need to score goals to win the games.

“So it gets a bit frustrating and ja‚" McCarthy said‚ sighing heavily‚ before continuing‚ "my patience is running a bit out now. I just feel that the players need to do more.”

Doing more will have to begin on Saturday for Usuthu as they travel to Limpopo to meet a Baroka FC who eased their own problems with a 3-2 victory against Stellenbosch FC on Wednesday.

“Players need to ask more of themselves because I think it’s too easy‚ it’s too easy. When you lose games like these [SuperSport]‚ when you throw points away like this and you know no one wants to take accountability for it‚ ja‚ your job becomes a bit difficult.

“You know I don’t want this to become an AmaZulu team that people come to know ... you know - that we played fantastic football‚ we dominate the games‚ we dominate possession but then we get zero from it.