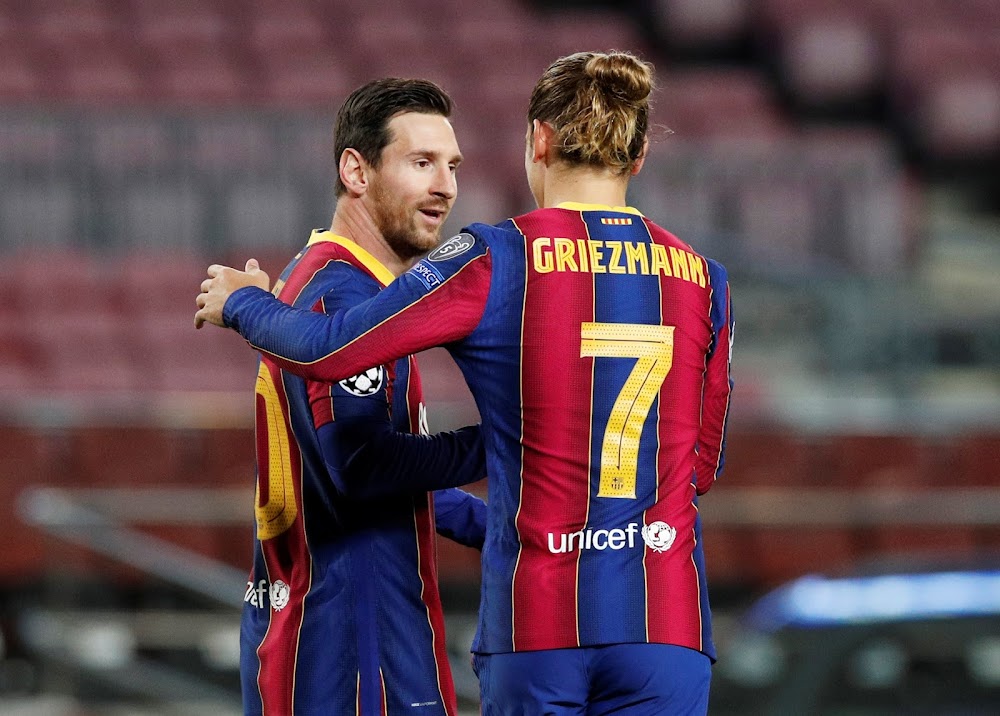 Barcelona forward Antoine Griezmann has dismissed talk of a rift with team mate Lionel Messi and said he had nothing to do with recent comments about the Argentine forward from his former agent and his uncle.

Earlier this month, Griezmann's former agent Eric Olhats said Messi's "reign of terror" had made life difficult for Griezmann, while the French forward's uncle said it was not easy to play in the same club as the six-time Ballon d'Or winner.

Messi hit back last week, saying he was tired of being blamed for problems at Barcelona.

Griezmann said he could no longer remain silent on the matter.

"I have been putting up with comments for a long while and now it's time to say enough," he was quoted as saying in an interview with Movistar.

"My agent is my sister, but she doesn't speak.

"Neither do my parents. As no one speaks, Eric offers an opinion but that can do a lot of damage and create doubts about my relationship with Leo.

"Leo knows I have a lot of respect for him. I learn from him.

"My uncle doesn't know how football works. A journalist wants a phrase out of you ... I told Leo I have nothing to do with them. I don't speak to them."