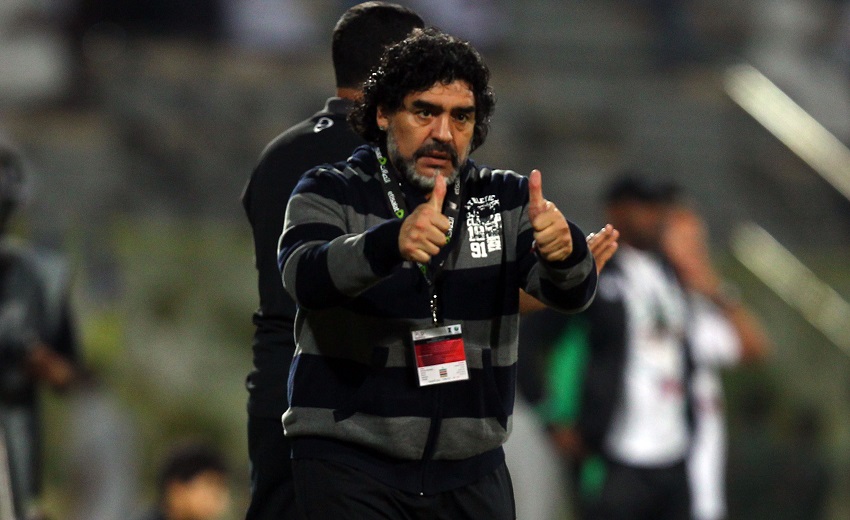 Argentines lined up in the streets of Buenos Aires on Thursday to say goodbye to soccer great Diego Maradona, whose casket lay in state at the Casa Rosada presidential palace draped in an Argentine flag and his famous no. 10 shirt.

Maradona, Argentina’s favorite son whose life was marred by struggles with addiction, died aged 60 following a heart attack at home on Wednesday. Huge crowds are expected to pay their respects as part of three days of national mourning.

Early on Thursday, thousands had already formed a snaking line through the streets near the central Plaza de Mayo after a night of mourning and reminiscing. Some scuffles broke out as fans tried to get inside the palace to see their hero.

“Maradona for me is the greatest thing that happened to me in life. I love him as much as my father and it’s like my old man died,” Cristian Montelli, 22, a fan of the star’s former club Boca Juniors said with tears in his eyes.

“If I die young, hopefully upstairs I can play ball and watch a Boca game with him,” added Montelli, who had a tattoo of Maradona’s face on his leg, after he saw the casket.

Maradona’s body lay in a wooden coffin with the blue and white national flag and an Argentina soccer jersey with the number 10 that had been part of his nickname “D10S” - a play on “dios“, the Spanish word for God.

Fans held back by a barrier threw soccer shirts, flowers and other items towards the casket as they tried to get near the player, who was a hero in Argentina and beyond both on and off the pitch despite his well-documented flaws.

“He was someone who touched the sky with his hands but never took his feet off the ground,” President Alberto Fernandez said on Wednesday.

Major athletes and world leaders, including Argentina-born Pope Francis, paid tribute to Maradona. Fans from Naples in Italy, whose club he played for, to India mourned his passing. In Spain’s Diario AS the front-page headline read “D10S has died“.

On Wednesday, tens of thousands of Argentines took to the streets to mourn him, leaving flowers and messages at his childhood home and former soccer club Boca Juniors.

Diego, Pelusa, or simply God, as Maradona was known, had a long career that included leading the South American nation to World Cup glory in 1986. Pelusa, which means fluff in Spanish, referred to Maradona’s prominent mane of hair at the height of his playing days.

The 1986 tournament included a quarter-final game against England where Maradona scored two of the best-known World Cup goals ever — an illicit “Hand of God” goal and one that followed an incredible swerving, dribble.

Maradona battled various health problems over the years as a result of his addictions. Earlier this month, he was hospitalized for symptoms including anemia and dehydration and underwent emergency surgery for a subdural hematoma — a blood clot in the brain.

“I think everyone today felt like something had died, your childhood died, your mother died, your father died, this is what it feels like,” said another fan, Mauro Gimenez.

“You can’t explain what Diego made you feel when he played,” added Gimenez, wearing a yellow Boca Juniors shirt. “You had to be a soccer player, have passion and then you would know what Diego was. Happiness, sadness, rebellion.”