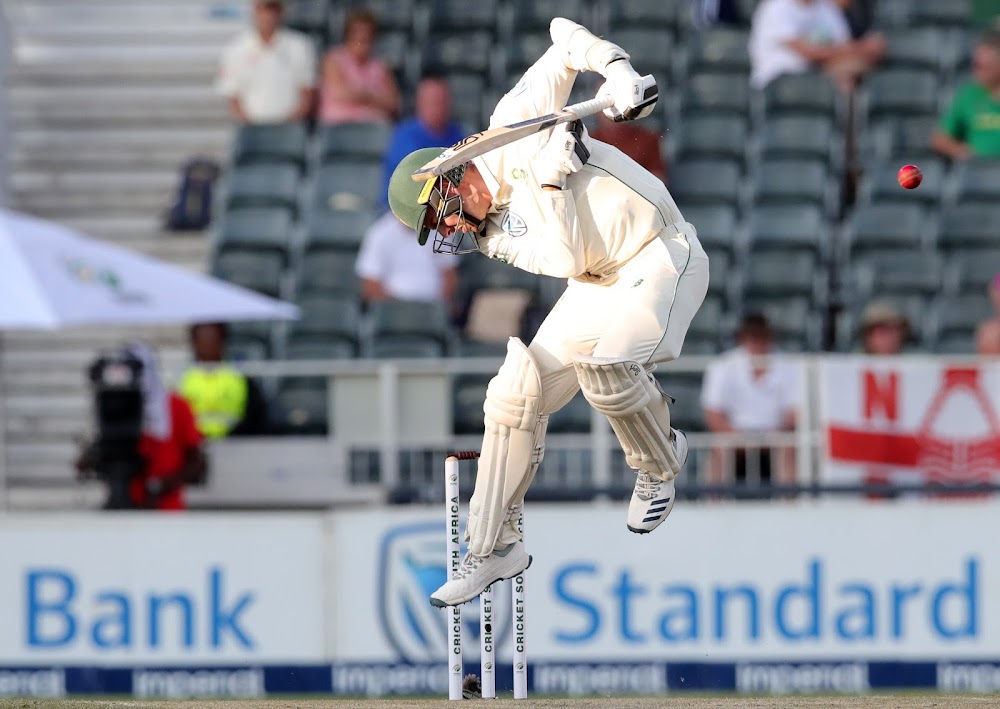 For a man who bowled his heart out‚ it must have been slightly jarring for Anrich Nortje when the demand came for him to spill his guts after the second day of the fourth Test against England.

Nortje just happened to be the man presented to the media following a day in which South Africa effectively conceded the Test series to England.

After taking his maiden five wicket haul in Test cricket he was required to front the cameras and microphones‚ but soon the conversation turned to the parlous position his team finds itself in.

England had scored 400 and by stumps on the second day South Africa floundered on 88 for six in their reply.

He was asked to explain why the South African attack was so one dimensional and devoid of a plan after he had bowled himself to a standstill.

“Each bowler had plans. It is about executing‚” he said about the caning his teammates got from the England tail.

Stuart Broad and Mark Wood added a record 10th wicket stand for this ground and the 82 they contributed effectively took the game beyond South Africa’s reach.

Despite his heroics earlier when he bowled South Africa back into the game‚ Nortje wasn’t about to play the blame game.

“They are highly experienced. This is Beuran’s (Hendricks) home ground as well. They know what to do. They know how to handle situations. Unfortunately it didn’t go our way for quite a period. I’m sure on any other day it would have gone our way. It just didn’t happen.

“I’m not blaming anyone. It is a collective unit. It is our job as a unit. It is not on one or two guys to finish up the game.

“We had a target and had some plans. Unfortunately they were hitting the ball cleanly as well. Maybe that is a chat we can have again. I think it was similar to Keshav (Maharaj) and (Dane) Paterson last week at the end as well. Maybe we need to sort out these 11s and 10s.

“We have to look at what we did wrong and where we could do better.”

Nortje however can be immensely proud of his effort. After the England openers put on a century stand and Joe Root in concert with Ollie Pope batted them to a position of relative comfort he imposed his will on proceedings.

“It is a great feeling to actually get it. I’ve been thinking about it for a long time. To get reward and a fifer and to be doing it in SA as well is quite special.

With Kagiso Rabada suspended for this match‚ there was the expectation for Nortje wiith his capacity to deliver at 150km/h to step up. He rather warmed to the task.

“It was about every ball and trying to be the best I can. Luckily I got the fifer at the end.”