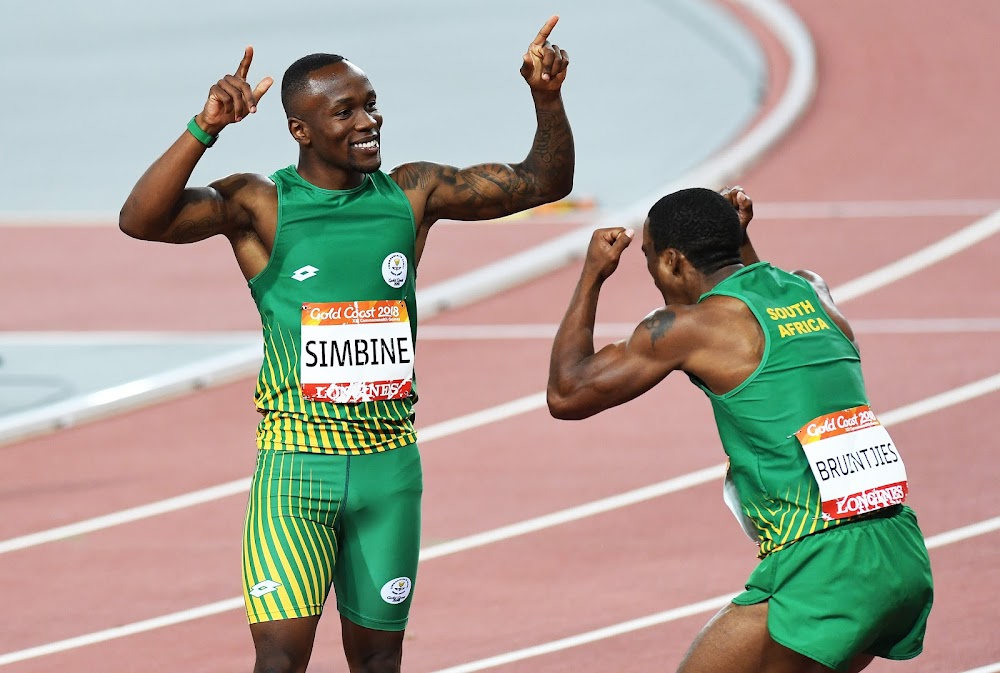 Sprint star Akani Simbine and the rest of his Tuks track and field cohorts on the Olympic squad are expected to return to training this week.

The athletics track at the University of Pretoria sports grounds has been one of the last to open following a wrangle over interpretation of the lockdown regulations governing sport and particularly whether Athletics SA (ASA) had received permission from the Sport minister or not.

ASA president Aleck Skhosana said nearly two weeks ago that ASA did not have ministerial permission‚ and a Sport ministry official confirmed this view at the weekend.

But it has since emerged that there was indeed ministerial permission granted some two weeks ago‚ but this had not been universally shared‚ various sources have confirmed to TimesLIVE.

It would seem‚ however‚ that this letter of permission has finally been delivered to Tuks‚ following the Sunday Times article in which Simbine pleaded with ASA to step up and help get their track open so they could train.

In a circular to members on Tuesday‚ Tuks Athletics wrote: “We are excited to announce that we have received permission to resume training.”

The circular added that only athletes in the Olympic squad‚ who include women’s javelin silver medallist from the Rio 2016 Olympics‚ Sunette Viljoen‚ would be able to train.

The Tuks circular then lists the many protocols that must be followed by athletes.

One Tuks official believed the athletics track should be ready for action by “Thursday or Friday”.

Athletics is one of the last sports at Tuks to return to training‚ after golf‚ gymnastics‚ football‚ cricket‚ swimming‚ rowing‚ tennis and squash.

For each sport‚ national federations were required to obtain ministerial permission which they then needed pass on to the relevant institutions or bodies responsible for training venues.

ASA‚ unlike most federations‚ decided against submitting a resumption plan‚ saying the board had decided there was no safe way of staging a competition amid the current spike of Covid-19 infections.

That meant there was not a resumption plan for training either.

But the minister‚ it would seem‚ has been the hero of this story‚ giving ASA a letter of permission nonetheless.

It's not clear why the letter wasn't widely circulated.