Ajax roar back into contention for promotion putting five past TTM 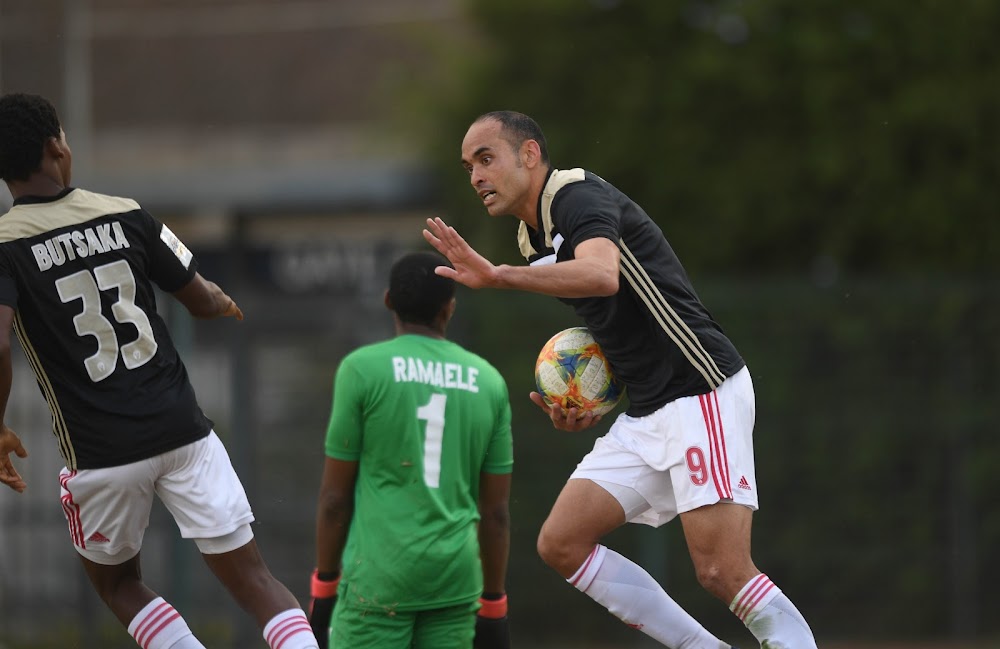 Ajax Cape Town put themselves back in serious contention for promotion to the Premiership via the promotion/relegation playoffs with a 5-1 thrashing of Tshakhuma Tsha Madzivhandila FC (TTM) in the bio-bubble at Bidvest Stadium on Tuesday.

The 35-year-old veteran centre-forward Eleazar Rodgers scored a hat trick as all Ajax's goals came in an avalanche that buried TTM‚ who held a 1-0 lead at the break‚ in the second half.

Ajax had also come from behind to beat TTM 3-2 in the opening game of the playoffs.

The Urban Warriors‚ long-time leaders of the GladAfrica Championship who blew a lead to allow Swallows FC to win promotion as champions‚ are serious contenders for promotion again.

The GladAfrica Championship runners-up have six points from three games‚ and can take a three-point lead should they beat Premiership 15th-placed finishers Black Leopards (currently on six from two) in the huge next playoff game at Rand Stadium on Friday.

If Ajax do take that lead‚ they will then be grateful for Tuesday's flood of goals that has left them with a +5 goal difference‚ to Leopards' current +3.

TTM scored the only goal of a fairly even first half.

Just 11 minutes in midfielder Tholang Masegela got down the right and crossed with the outside of his left boot.

Defender Junior Sibande could only deflect a header back across his own goal‚ the ball looping to striker Thembisani Nevhulamba to sweep in a volley.

Ajax came out from the break pressing high and seeking goals - and their reward was three of them in six minutes‚ four in 17‚ and five in 22.

A corner in the 47th was taken short to the skilful first-half substitute Dale Wakefield‚ making an impressive debut‚ whose cross was headed by Thendo Mukumela to force a sharp save from TTM goalkeeper Tshepo Ramaela.

The keeper made a second block from another replacement‚ Khaya Mfecane‚ at the far post; centreback  Mukumela headed a third rebound onto the crossbar and finally midfielder Siphesihle Mkhize swept in.

If Ajax's first took four bites at the cherry to get the ball in the net‚ the next two came from movements cutting TTM open with a surgeon knife's precision.

In the 50th Grant Margeman's heel flick put fullback Cohen Stander down the left‚ whose low cross was met at the near post by Rodgers to beat Ramaela.

The same three players replicated that scoring triangle in the 53rd‚ Margeman again passing Stander down the left‚ who again crossed low‚ this time finding Rodgers at the far post to sweep in Ajax's third.

The fourth came on the hour‚ Wakefield's chip over the area from left to right finding winger Chumani Butsaka to trap and shoot past Ramaela.

The fifth came five minutes later‚ as TTM defender Lebohang Mabotja handled in the area and veteran Rodgers slotted from the spot for his hat trick‚ and sixth strike in five games.