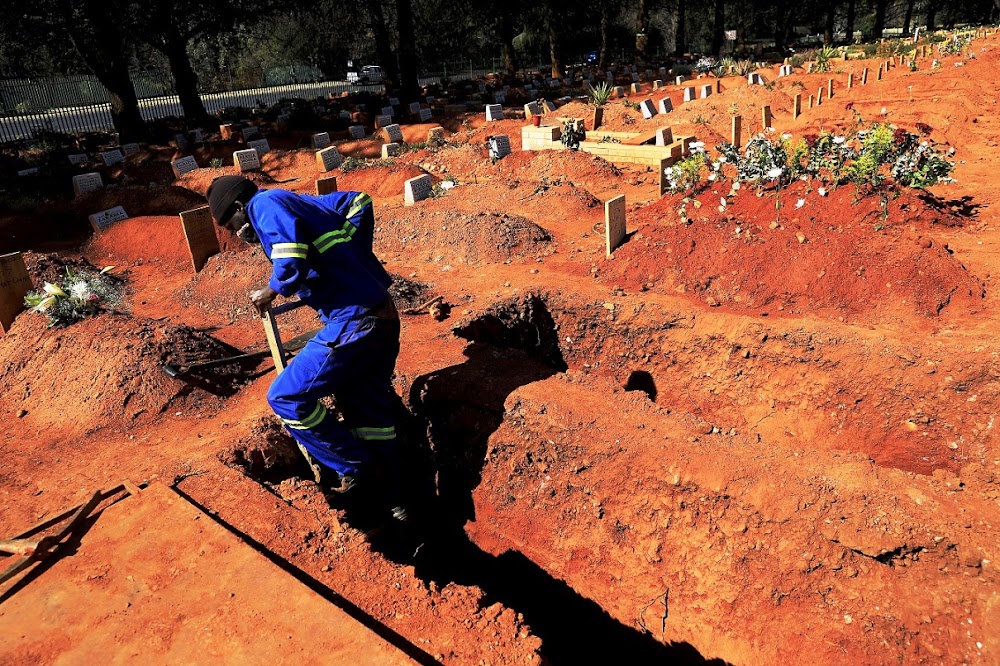 South Africa has recorded its three most deadly Covid-19 days on consecutive days this week, as the number of confirmed fatalities climbed on Thursday to 35,852.

On Thursday, health minister Dr Zweli Mkhize announced that 712 Covid-19 related fatalities had been recorded in the past 24 hours. This comes after 806 deaths were announced on Wednesday, and 755 deaths on Tuesday. This means that 2,273 people had been confirmed to have died from Covid-19 related illnesses in just three days.

Since the beginning of the year, the number of recorded deaths has climbed from 28,887 on January 1 to Thursday's figure of 35,852 - an increase of 6,965 deaths. The country has recorded more than 500 deaths in a 24-hour period six times since the outbreak of the pandemic in March 2020, with five of them coming since January 5.

Mkhize also reported that 1,049,740 recoveries had been recorded, representing a recovery rate of 80.9%.