Why restoring an 86-year-old Rolls-Royce isn't for sissies 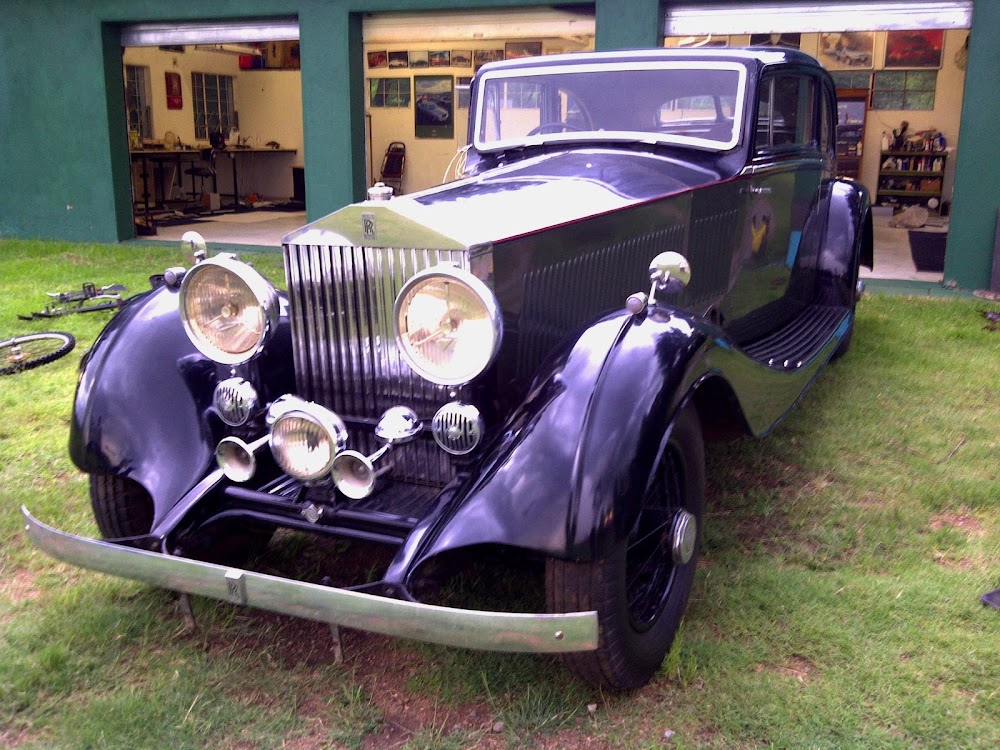 If you ask Bogdan Letowt why he decided to strip down his 1934 Rolls-Royce Phantom II Continental to the last nut and bolt, his reply is likely to be cryptic, to say the least.

The question was put to him at his Johannesburg workshop, after a pleasant few hours had been spent while Bogdan enthused about the amazing attention to detail and engineering excellence of his machine. He turned to one of the storage areas in his workshop and brandished a rather innocuous piece of steel tubing that looked like a common-or-workshop variety of electrical conduit.

“It is electrical conduit tubing. And it’s the reason I had to strip the body off the car, and why you see it in thousands of pieces today. I had bought the Phantom II Continental as a non-runner from a deceased estate, and after owning the car for a period, I decided to get it started. So I hooked up a healthy 12-volt battery to the starter system, and that’s when it all began.”

Rather than being greeted by the sound of a 7.7l straight-six engine rumbling to life, Bogdan was shocked by clouds of grey smoke issuing from beneath the Rolls’s chassis, accompanied by a smell he knew all too well. A serious electrical short was causing wiring deep within the car to melt the insulation surrounding the wiring. And with the Phantom’s priceless body constructed mainly of highly combustible wood, he was taking no chances.

“At first I thought I could withdraw the burnt electrical cabling from the car, starting at one of the junction points. But it was impossible. Rolls-Royce being the meticulous company it is, all the electrical cabling was routed protectively in the chassis and then in a cross-over piece of electrical conduit to lead wiring to the opposite side of the car.

“The burnt wires in this conduit had jammed completely solid. And I had no access to them. So the only way was to remove the body from the chassis.”

To do this, Bogdan constructed a heavy-duty steel beam in his garage, with a winch at either end, and he was able to hoist it up and push the rolling Rolls chassis away from the body.

“Once I had the chassis exposed, I could tackle the wiring. But I could also see how fundamentally sound all the components were. And that this car deserved a proper restoration, down to the last nut and bolt.”

This restoration process began a few years ago, and Bogdan has been aided in his quest by obtaining a set of large-scale factory engineering drawings for the Phantom II Continental, detailing all components of the chassis, running gear and engine.

He removed the engine, suspension and steering components and has completely refurbished the astoundingly sturdy chassis. The rear axle has been reinstalled, and next up is the front axle assembly and steering gear, followed by the engine, which is ready for installation.

“This car is fundamentally in a new condition. I had noticed that the odometer had a reading of 16,000 miles [just less than 28,000km] on it, and at first dismissed that. But having removed the sump from the engine, Rolls-Royce experts who have examined the crankshaft believe this car’s engine has been barely run in!”

The history of this particular car has been documented in a book on the Roll-Royce Phantom II, as it has a rather unusual two-door body, constructed by one of Rolls-Royce’s contracted coach-builders of that period, Gurney Nutting.

In the early days of Rolls-Royce production, the Manchester-based company would supply a rolling chassis with engine, radiator, bonnet, firewall, steering wheel and instrumentation, as well as the wiring. Customers would then negotiate with one of the numerous respected coach-builders to build a bespoke body for the rolling Rolls-Royce chassis.

“The construction of the body harks back to the days of horse-drawn carriages, even in the 1930s,” says Bogdan. “This means the structure is all of ash wood, clad in aluminium. And the formed aluminium is carefully joined to the ash framework using nails!”

The Phantom II Continental chassis is special, as this was a short-wheelbase version of the basic Phantom II model. About 1,680 Phantom IIs were built between 1929 and 1936, of which only 281 were the more nimble Continental model. Of course, “nimble” is a relative term for a car that measures more than 5.5m in length, is powered by a 7.7l six-cylinder engine, runs 21-inch wheels with huge tyres, and weighs more than two tonnes.

As for power, Rolls-Royce is quite famous for not disclosing power figures, describing its engines’ output as “adequate”. It is known, however, that the Continental models had a higher-compression ratio, and some sources claim it had a top speed of more than 160km/h — in 1934.

This particular car surfaced in Zambia in the 1950s. It was bought by a man of German descent who lived in SA, and apparently the Continental led a very sheltered existence until its owner died a few years ago, whereupon Letowt purchased the car.

Chatting to Bogdan, a sprightly 75-year-old who moves with the speed and grace of a much younger man, one soon realises that he has great respect for all the finely crafted engineering details that are part of every Rolls-Royce, even nowadays.

For many years, Rolls-Royce held the unofficial title of “The Best Car in the World”, and we asked Bogdan, a retired electrical engineer and very experienced car restorer, whether he would agree with this sentiment.

“Rolls-Royce was not known for its great innovations, in the way, say, that Citroën was. But having examined this car in detail, as I have now been privileged to do since the restoration began, I would say that it is definitely the best-engineered car of its time. No engineering detail was too much trouble for Rolls-Royce, and those details were put in place to ensure that the car had a long and trouble-free lifespan.”

The question remains as to when Letowt sees this restoration of a great car being completed. “I had hoped to have the car completed and running again by the end of this year. But too many other projects keep getting in the way.”

One thing is for sure: if the attention to detail we have seen so far on the chassis and engine is an example, the restoration of this Phantom II Continental will be a fitting tribute to the Rolls-Royce commitment to excellence.

Why prisoners are a priority in vaccine rollout