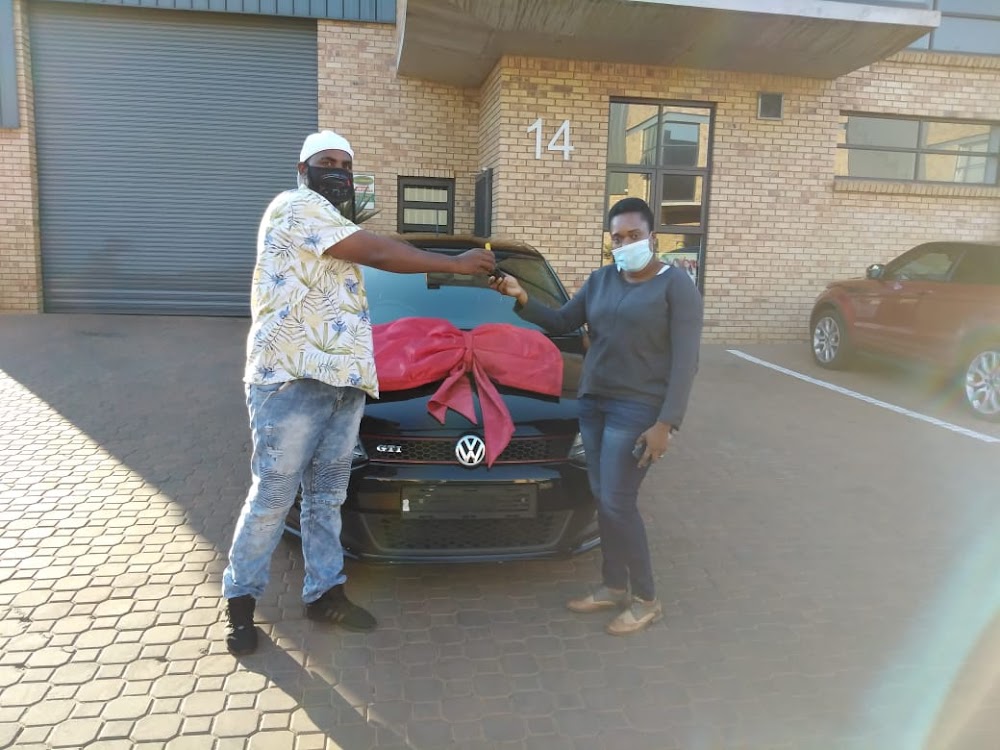 A 25-year-old Pretoria warehouse worker allegedly blew through some of the R5.7m in Covid-19 relief funds irregularly paid into his personal bank account by the Unemployment Insurance Fund (UIF).

Tebogo Masoko, married to Phohole’s sister Itumeleng, had his eye on second-hand VW Polo GTI at a showroom in Ormonde.

After a hastily made payment from his company’s bank account and a quick photo op with their purchase, Masoko and his wife Itumeleng drove away in their new ride.

This was after Phohole, 25, was allegedly the beneficiary of a lump-sum payment from the Unemployment Insurance Fund (UIF), money that was meant to support 1,400 workers left out of work as a result of the pandemic.

Phohole’s immediate family are now under investigation by the Hawks and the Financial Intelligence Centre (FIC) as investigators delve into a web of transactions they allege were dubious.

With this, the purchase of the flashy hatchback is also now in the spotlight.

A TimesLIVE investigation has revealed that on May 18, four days after the UIF paid Phohole and he moved the money to his family, the Masokos purchased the car from VNS Motors.

He was very interested in the car and he said he wanted it as a birthday gift for his son.

VNS Motors' Suman Naidu said Tebogo Masoko had contacted him after the car was advertised on Facebook.

“He was very interested in the car and he said he wanted it as a birthday gift for his son. They came in and had a look and they were happy,” he said.

Naidu added that the purchase price was listed at R160,000 but Masoko had convinced him to offer a R5,000 discount.

“They signed all the paperwork here and he [Tebogo Masoko] transferred the money from his company’s account into ours. The next thing we had the Hawks show up here,” he said.

Investigators quizzed Naidu, he said, on details of the purchase and also viewed CCTV footage of Masoko and his wife in the dealership.

Neither Phohole nor his relatives have been arrested or charged. They refused to comment on the car splurge when contacted by TimesLIVE.

The Sunday Times reported that Phohole had become an instant millionaire with the bungled payment, his bank balance pushed from R12 into the millions — much of it then quickly funnelled out.

Two weeks ago, the graft-busting Asset Forfeiture Unit (AFU) secured a preservation order from the Pretoria high court, freezing money in his account and 27 others.

Another R100,201.33 was found in another Capitec account in his name, and a total of R3.2m in those of his girlfriend and family — but R2.4m is still missing.

In court documents, the AFU alleges that the family had played a “money cup game”, moving funds between their accounts and businesses in what bears the hallmarks of a money laundering scheme.

The documents reveal that Phohole made the following payments:

They are alleged to have splurged on high-end tombstones and catering equipment, purchases that have now either been reversed or frozen by authorities.

As investigators chase the missing millions, they have turned their attention to Masoko’s new car.

The car was on three occasions seen outside his home, parked within a newly opened car was that he runs.

TimesLIVE has established that the car is still registered to former owner Kaylin Dhanraj, who sold it last year. It changed hands several times before arriving at VNS.

Hawks spokesperson Col Katlego Mogale could not be drawn to comment on the status of their investigation or when arrests would be made, saying that divulging critical information may jeopardise their probe.

Phohole had worked in a Pretoria paint factory before he was laid off at the start of the lockdown and was due to receive financial relief from the UIF — but not R5.7m.

We are in the financial services sector and allegations such as these are very serious.

Now the company, forced to pay 1,400 workers from their own reserves, is taking action.

CSG’s Kobus Nieuwoudt said in light of the payment saga, they have started the process to terminate his employment.

The payment to his sister, an employee of Indwe Risk Services, also brought a turn of bad luck her way.

After media reports, she was this week called to a disciplinary hearing, said Indwe’s Joe Szemerie.

“We are in the financial services sector and allegations such as these are very serious. We have enlisted the services of an external chair and the process has begun,” he said.

Detailed allegations and questions were put to Phohole, as well as Itumeleng and Tebogo Masoko. None had responded at the time of publishing.