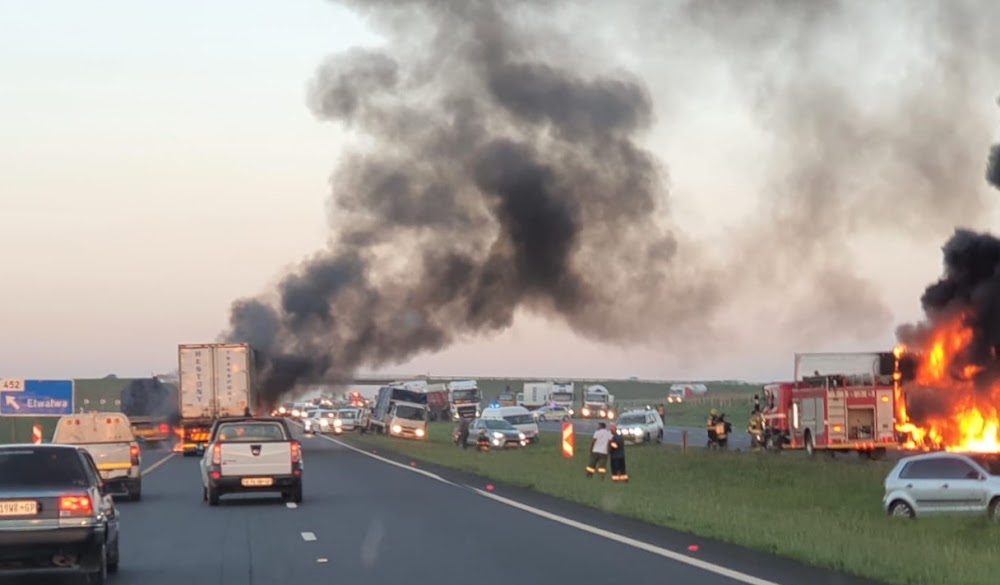 The N12 highway between Kingsway and Holfontein has been closed to traffic as police attend to a crime scene in which two trucks were set alight on Wednesday morning.

"We can confirm two trucks were set alight on the N12. We have closed a portion of the road to allow police to conduct their investigations."

He said the highway would be closed until further notice.

It is understood the trucks had been torched before 6am near the Etwatwa off-ramp.

ST Daily reported that tensions in the trucking industry had reached boiling point after a 45-year-old truck driver was shot and killed on Monday night, the latest in a string of attacks that saw at least 30 trucks targeted last week.

Gauteng police spokesperson Capt Kay Makhubele could not immediately be reached for comment.