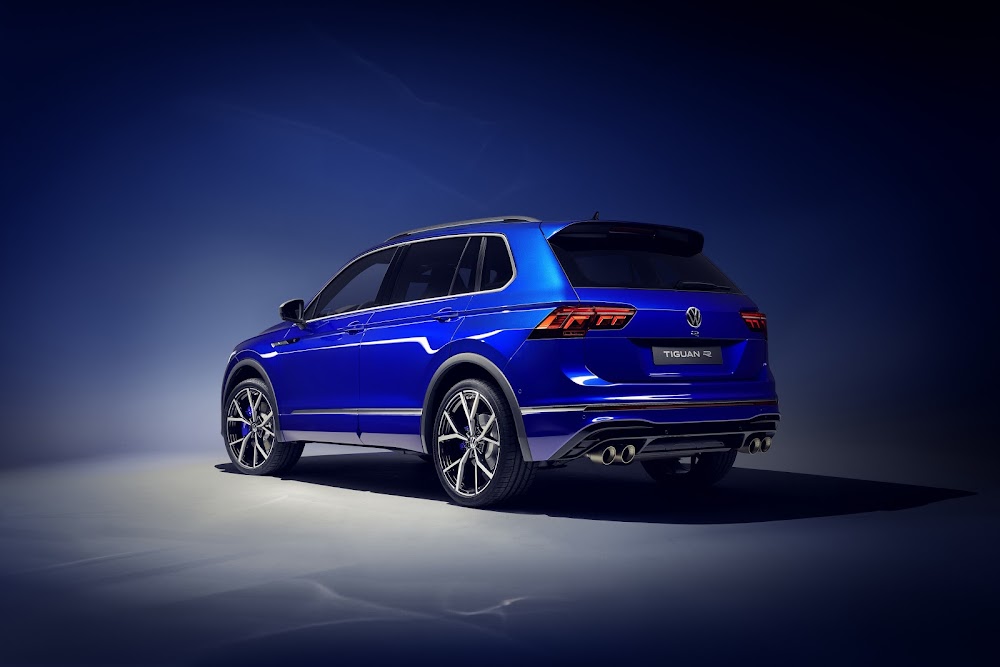 Volkswagen has taken the wraps off its updated Tiguan range which for the first time includes a high-performance R model.

The midsized SUV has become VW’s most popular range as consumers increasingly move away from sedans and hatches, and the hot new flagship model will have a 2.0l turbocharged four-cylinder engine and all-wheel drive, the same as the soon-to-be-launched Golf R.

The engine is mated to an all-wheel-drive system with R-Performance Torque Vectoring that distributes the power variably between the front and rear axles as well as the left and right rear wheels.

To make it carve corners better the Tiguan R has lowered suspension, 21-inch wheels, uprated brakes and the option of a fruity-sounding Akrapovic exhaust. The transmission’s an eight-speed automatic and the button-selectable driving modes include a Race setting.

The Tiguan is VW’s most successful SUV and one of the top-selling SUVs in the world, with more than 6-million units produced to date. Now VW’s decided the second-generation Tiguan, launched in 2016, needed a midlife upgrade with “electrifying, digitalising and networking the vehicle to handle the challenges of the modern era”.

With the new Travel Assist system in the Tiguan, the compact SUV is now capable of assisted driving at speeds up to 210km/h.

The Tiguan also applies the most recent generation of infotainment systems (MIB3) to bring a new range of online-based services and functions on board. Also new is an optional 480W Harman Kardon sound system.

An exterior facelift includes a redesigned grille and bumpers to give the compact SUV what VW terms a significantly more confident appearance.

As before the engine line-up includes petrols and diesels, with the latter said to be among the world’s cleanest combustion engines thanks to the use of “twin dosing” which reduces nitrogen oxide emissions by a claimed 80%.

VW will launch the facelifted Tiguan locally in late 2021 and the range will include the Tiguan R.