These are SA's 'irrational' lockdown laws, according to high court 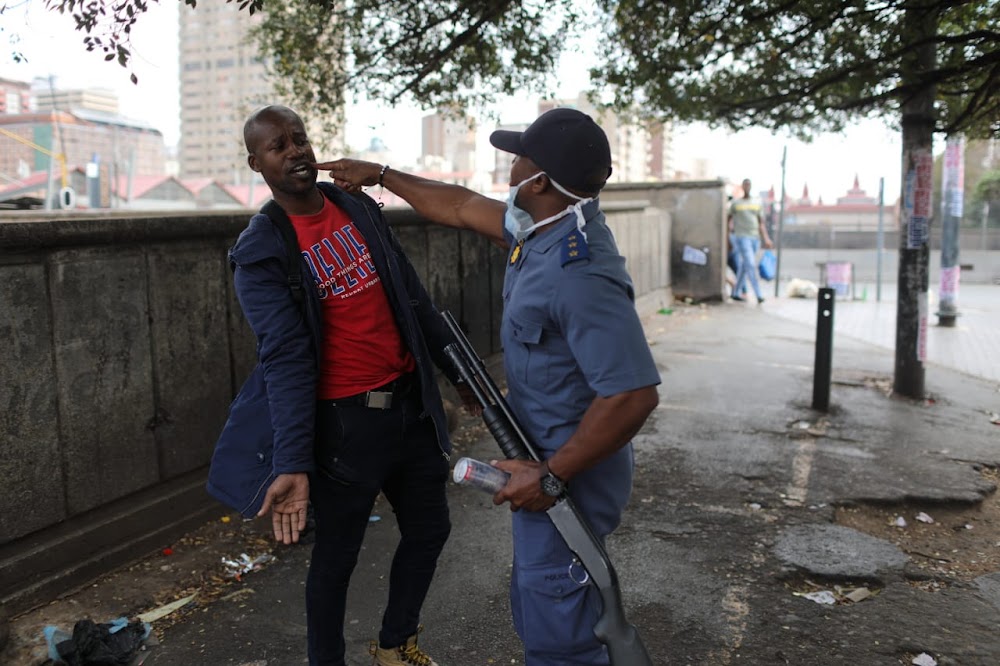 Judge Norman Davis on Tuesday issued a scathing assessment of the government's lockdown laws, saying they weren't well thought out and went against the Bill of Rights.

While Davis said the establishment of the lockdown itself under the Disaster Management Act was legal, he was critical of the individual regulations, saying that they did not pass the test for rationality. In fact, he said, they were "unconstitutional".

Here - in Davis' own, unedited words - are specific examples of the "irrational" rules cited in the judgment:

"When a person, young or old, is in the grip of a terminal disease [other can Covid-19] and is slowly leaving this life, to ease that suffering and the passing it is part of the nature of humanity for family and loved ones to support the sufferer. Moreover, there are moral, religious and ubuntu imperatives demanding this.

"One might understand the reluctance to have an influx of visitors should the person at death's door be inside the doors of a medical facilities for fear of the spread of Covid-19, but what is the person is in his or her own home or at the home of a family member of friend?

"Loved ones are prohibited from leaving their home to visit if they are not the caregiver of the patient, being prepared to limit their numbers and take any personal precautions. But once the person has passed away, up to 50 people armed with certified copies of death certificates may even cross provincial borders to attend the funeral of one who has departed and is no longer in need of support.

"The disparity of the situations are not only distressing but irrational."

Eking out a living

"There are numerous thousands - no, millions - of South Africans who operate in the informal sector. There are traders, fisheries, shore-foragers, construction workers, street-vendors, waste-pickers, hairdressers and the like, who have lost their livelihood and the right to 'eke out a livelihood', as the President [Cyril Ramaphosa] referred to it, as a result of the regulations.

"Their contact with other people are less on a daily basis than, for example, the attendance of a single funeral. The blanket ban imposed on them as opposed to the imposition of limitations and precautions appear to be irrational."

"To illustrate this irrationality further in the case of hairdressers: a single mother and sole provider for her family may have been prepared to comply with all the preventative measures proposed in the draft alert level 3 regulations, but must now watch her children go hungry, while witnessing minicab taxis pass with passengers in closer proximity to each other than they would have been at her salon.

"She is stripped of her rights of dignity, equality, to earn a living and to provide for the best interests of her children."

"There were also numerous complaints referred to in papers about regulation 34 placing irrational obstacles in the way of those responsible for children or in the position of caregivers of children to see that their beset interests are catered for."

"Random other regulations regarding funerals and the passing of persons also lack rationality. If one wants to prevent the spreading of the virus through close proximity, why ban night vigils totally? Why not impose time, distance and closed casket prohibitions? Why not all a vigil without the body of the deceased?

Relationship with the dead

"There is also no rational connection to the stated objectives for the limitation on the degree of familial relationship to a deceased in order to permissibly attend his or her funeral. What if the deceased is a clan elder or the leader of a community or the traditional head of a small village?

"Rather than limit the number of funeral attendees with preference to family members, exclusions are now regulated, arbitrarily ignoring the facts of each case."

"The limitations on exercise are equally perplexing: If the laudable objective is not to have large groups of people exercising in close proximity to each other, the regulations should say so rather than prohibit the organising of exercise in an arbitrary fashion.

"Restricting the right to freedom of movement in order to limit contact with others in order to curtail the risks of spreading the virus is rational, but to restrict the hours of exercise to arbitrarily determined time periods is completely irrational.

"Similarly, to put it bluntly, it can hardly be argued that it is rational to allow scores of people to run on the promenade but were one to step a foot on the beach, it will lead to rampant infection.

"And what of the poor gogo who had to look after four youngsters in a single-room shack during the whole lockdown period? She may still not take them to the park, even if they all wear masks and avoid other people all together.

"I am certain, from what I have seen in the papers filed in this matter and from a mere reading of the regulations - even including the alert level 3 regulations - that there are many instances of sheer irrationality included therein."

Not all rules irrational

"Despite these failures of the rationality test in so many instances, there are regulations which pass muster. The cautionary regulations relating to education, prohibitions against evictions, initiation practices and the closures of nightclubs and fitness centres, for example, as well as the closures of borders, all appear to be rationally connected to the stated objectives.

"The clear inference I draw from the evidence is that once the minister [Dlamini-Zuma] had declared a national state of disaster and once the goal was to ‘flatten the curve’ by way of retarding or limiting the spread of the virus - all very commendable and necessary objectives - little or in fact no regard was given to the extent of the impact of individual regulations on the constitutional rights of people and whether the extent of the limitation of their rights was justifiable or not.

"Insofar as the lockdown regulations do not satisfy the rationality test, their encroachment on and limitation of rights guaranteed in the Bill of Rights contained in the constitution are not justifiable in an open and democratic society based on human dignity, equality and freedom, as contemplated in section 36 of the constitution."